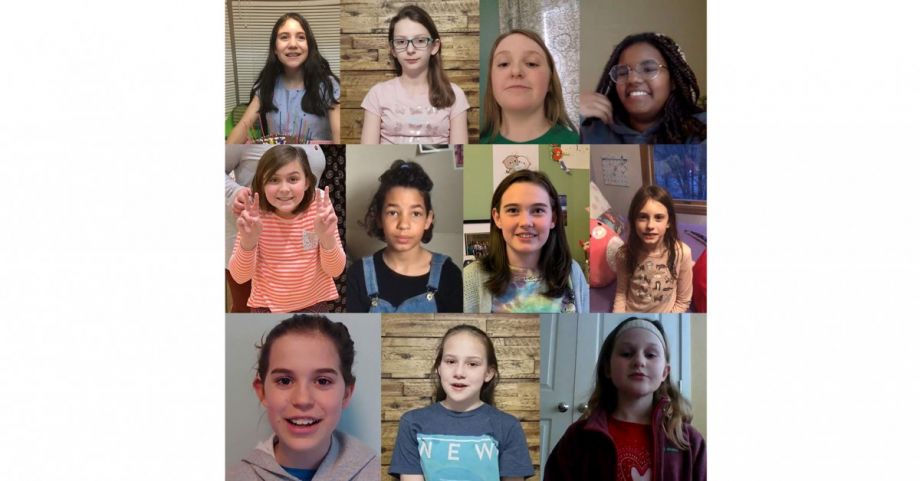 When Jonathon Geels holds up a glass or travel mug in front of his webcam and tells students to pretend that it’s a building, they can pretty easily visualize where to put the windows and doors. Everyone seems to know that architecture is the product of human design, he says. But it’s less obvious that the landscape is designed, too — that it’s not just the negative space between objects, but the field that connects them. He tells students to imagine the building is a hospital. What if you couldn’t figure out how to find the emergency room in a crisis?

“Then we can connect them with why this is so dramatically important for people to think about,” Geels says.

Geels is a landscape architect at Troyer Group in Indiana who works on a range of projects, from streetscapes to parks, plazas and trails. He has occasionally run workshops to introduce young people to landscape architecture. Earlier this year, he’d been thinking about how to turn those workshops into some type of immersive camp. When the stay-at-home orders arrived amid the coronavirus outbreak, he noted that he and other parents were stuck home with their school-age children all day and figured they needed something to do. It was also Women’s History Month. So he put a call out on Facebook to see if anyone would be interested in a weekly “Field Day Camp,” a virtual introduction to landscape architecture for girls in 4th, 5th, and 6th grades. Almost overnight he got around 15 signups — his own daughter is one, and he knows two of the other children from South Bend, but mostly the students are children of “friends of friends of friends.”

The eight-week camp covers key concepts in landscape architecture, from the meaning of “place” to interpreting information about the environment, understanding the ways that different people use spaces, and the early stages of the design process. (The “cost” of the camp is a suggested donation to La Casa de Amistad, a community center in South Bend.) For a discipline that’s so focused on physical space, it was a challenge to conceptualize the whole course virtually, but Geels has focused on drawing exercises and other projects that students can complete in their own homes while thinking about spaces like parks and playgrounds in their own neighborhoods.

“There’s a lot to be gained from the corporal experience of place,” Geels says. “The physicality of material and the sense of scale is hard to communicate virtually, so we have to rely on their experiences and everyone’s experience is very different, so we’ve tried to make it as personal as possible.”

The camp is meant to introduce young people to a profession that many don’t even know about until later in life. The field of landscape architecture needs to be more diverse too, Geels says. He says the camp was inspired partly by efforts like the Visualizing Equity in Landscape Architecture Project (VELA) and other efforts to get more women and people of color involved in landscape architecture.

“So many people are finding out about landscape architecture through other programs, like architecture and engineering,” Geels says. “We really have to introduce kids to it much earlier as a viable career path, particularly in under-represented groups.”

The camp has featured a series of women landscape architects as guest speakers. One was Gina Ford, a principal and co-founder of Agency Landscape and Planning (and a Next City Vanguard), who spoke to the students about how her own love of sewing as a kid eventually led her to an interest in landscape architecture.

“[Young people] can relate to outdoor space being important and to this coming-together of nature and experience,” Ford says. “They play in parks. They value trees. What’s hard for them to believe is that you can make a living at it.”

There are so many ways that the design of public space and technology fails women, Ford says. One response to that failure is to recruit more women to design the world. But there are barriers to women’s participation in the field as well, she says, and Geels is “one of the very rare white male supporters of a feminist agenda” within landscape architecture.

“I think our profession really doesn’t do well by women as much as they could, and I am excited to introduce the practice of landscape architecture to young girls, but I also want to make sure that it’s a place where they can thrive,” Ford says.

The relative obscurity of the profession works against its diversification, too, says Magdalena Aravena, a site designer with the Lamar Johnson Collaborative and a Field Day Camp guest speaker. Aravena was into math as a kid, and eventually went to the University of California - Davis to study civil engineering. She wasn’t moved by it, though, and only discovered landscape architecture when browsing through the list of degrees offered at the university. Aravena is from an immigrant family that moved to the U.S. from Chile. And for many immigrant families, it’s important for the parents to see that the sacrifices they make create more opportunities for their children to succeed, she says. Many people don’t know what landscape architecture is, and so she had to “educate” her family that it was a viable career, she says. When she spoke to the students, she talked about how getting involved in the field beyond her own job — she is the president-elect of the Illinois chapter of the American Society of Landscape Architects, for example — has helped in her career. She hopes the camp will help young people realize that they can have an impact on the way their schools and playgrounds and public spaces are organized.

“Growing up you don’t even really think about it — and even adults don’t think about it — that parks are places that are designed by people,” Aravena says. “And I think just making that widely known is what’s important.”

Some of the students professed to knowing what architecture was and what a landscape was prior to joining the course, but not having a strong grasp of what it meant to combine them. Through the conversations with different guest speakers, they’ve picked up on the breadth of interests that landscape architects have. Geels’s daughter Grace, a 6th grader, says she’s into writing and art. Her friend Ciara, another 6th grader who recently moved from South Bend to Ohio, is a math person. Their friend Lucy confessed to preferring lunch. They all found ways to enjoy the assignment of creating collages, and blueprints of their own bedrooms.

“I really like the guest speakers and how they have all talked about different things,” said Grace. “I used to think a landscape architect was one specific thing or one specific job and then I realized how broad it is.”

“They’re all different, and they all started out knowing different things about it, which is kind of interesting,” Ciara said.

The camp hasn’t been exactly what any of them expected. More than anything else, said Lucy, after the camp is over, she’ll probably think more about what kinds of contributions she can make to her community. Empathy has been the bedrock of the course.

In recent years, the growing awareness of the climate crisis was already bringing more attention to the work that landscape architects do to create usable public spaces that interact with the natural environment in various ways. And the coronavirus outbreak — which has only intensified the demand for high-quality public spaces, while requiring people to stay distant from each other — is making the profession even more relevant, Geels says.

“Climate change and population growth — those are really big problems that our kids are thinking about too,” Geels says. “And hearing their perspective, especially because it’s their world that they’re going to live in, this is an opportunity for us to be able to lay that groundwork and start the conversation earlier.”