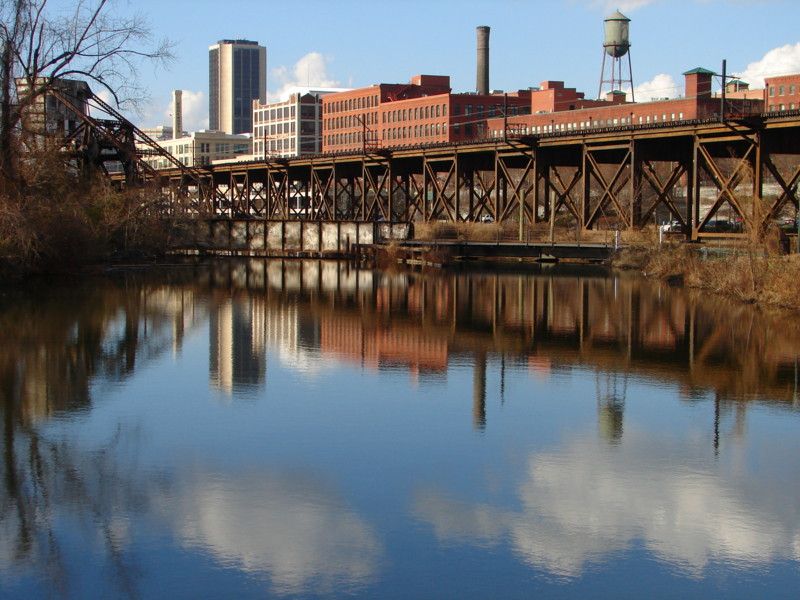 In the old days, when people on the verge of homelessness showed up at the doors of Richmond, Virginia churches and congregations seeking help, faith leaders would often scrounge up whatever cash they could and send them on their way, says Billy Poarch, the CEO of the Richmond-based nonprofit Area Congregations Acting Together (ACTS). But those congregation leaders began to talk, Poarch says, and realized they needed a more comprehensive approach to helping their neighbors. They founded the interfaith group about 15 years ago, and today, ACTS takes referrals from individual partner congregations and gives financial assistance to people in need, including many Richmond tenants who are facing evictions. Last year, according to the group’s Impact Report, ACTS helped 1,321 families by giving them an average of $522.48 each.

Even such a small injection of money at critical points (the group has a once-a-year policy for families seeking help) can help keep people housed, Poarch says. But with such a high eviction rate in Richmond, where the mayor recently announced a new eviction task force, the need for direct financial assistance is greater than ACTS’ ability to help.

ACTS is hoping that a new eviction prevention program proposed by Virginia Governor Ralph Northam will allow the group to help more people. According to the Eviction Lab at Princeton University, cities in the Commonwealth of Virginia hold five of the top ten slots in the inglorious category of high eviction rates. Richmond has the second-highest rate of eviction in the country overall. Landlords in Richmond filed more than 17,000 evictions in 2016 and actually removed around 6,300 renters and their families, exceeding the national average by nearly 500 percent.

Officials at the local and state level have been trying to get a handle on the issue for several years. Last fall, Virginia Governor Ralph Northam signed an executive order that named reducing evictions among his top housing priorities, along with building more permanent supportive housing and addressing an overall shortage of quality affordable housing. Earlier this year, Northam signed a series of bills giving tenants more chances to avoid evictions by paying rent and fees, making changes to the legal process and clarifying rules around written leases. Now, he’s proposing a state budget with $92 million in new funding for housing efforts, including a $63 million injection to the state’s housing trust fund and $6.6 million to create a new Eviction Prevention and Diversion Pilot Program, some of which would go to organizations like ACTS.

“We have more to do and now is the right time to do it,” Northam, whose first term in office has been marred by a scandal related to a 1984 photo of Northam supposedly in blackface, said in a speech in December. “Because while it’s good news that the economy is strong, which it is, and people are working, which they are, housing can be expensive, especially for lower-wage earners and those with special needs.”

“Expensive” may be an understatement. Christie Marra, the director of housing advocacy at Virginia Poverty Law Center, says that advocates have been working to understand why Virginia’s cities have such high eviction rates. The answers aren’t entirely clear, but it has to do with rents rising faster than incomes, she says.

“We sort have a perfect storm here,” Marra says. “We have a low minimum wage, we have a lot of rental housing that is not really affordable for people, and we have laws state laws that, in my opinion, favor landlords.”

Marra says that raising the minimum wage — which is $7.25, also the federal minimum — is the right thing to do, but not a solution to the shortage of affordable housing.

“There’s no reason for us to believe that they’re not going to continue to rise, so that’s not really the answer in this arena,” she says.

The Virginia Poverty Law Center runs a legal hotline for people facing evictions, and advocated for some of the funding that Northam has proposed (the funding still needs to be approved by the state legislature). Advocates in Virginia have also been talking about how to join the movement for a right to counsel for tenants, but haven’t decided exactly how to go about it yet, Marra says. But the eviction prevention program probably won’t support legal services, says Marra. It will more likely be used to help tenants in immediate financial crises.

In addition to creating an eviction prevention program, the new funding would dramatically expand the size of the Virginia Housing Trust Fund. The fund is used to support projects that use federal Low-Income Housing Tax Credits and other developments that serve people earning 80 percent of the Area Median Income or less. Much of its focus is on permanent supportive housing. Between 2013 and 2019, the Virginia Housing Trust Fund created 3,017 housing units, of which 45 percent, or 1,344 units, were permanent supportive housing, according to Pamela Kestner, deputy director of housing in the state Department of Housing and Community Development.

“But they’re complementary, because if we can get more affordable housing out there and target it to those who are the most vulnerable, we should see reductions in evictions,” Kestner says.