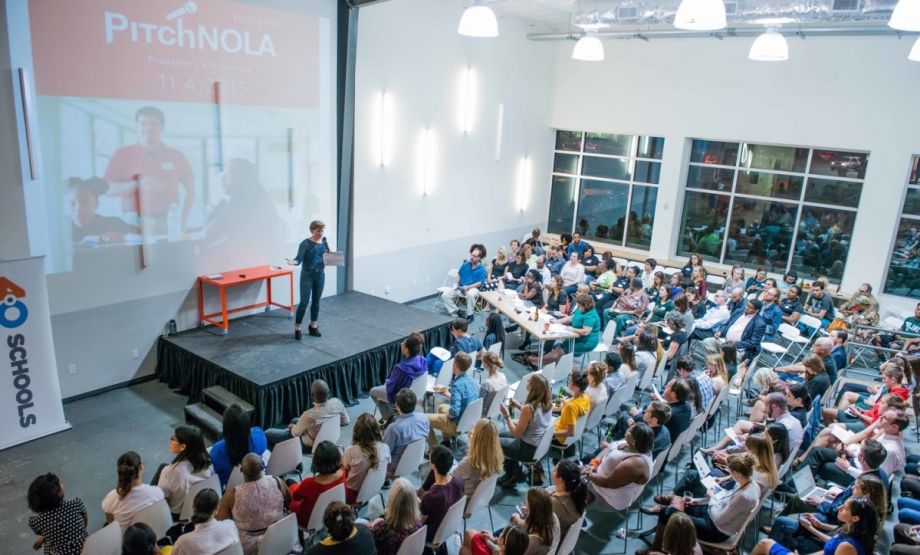 Fresno, California, is a three-hour drive from Silicon Valley. You’re more likely to find acres of farmland there than you would a glut of smartphone app companies vying for attention. But the state’s fifth-largest city is in the Central Valley and therefore at the heart of something a bit more critical to life than hailing an Uber: Nearly 40 percent of all food consumed in the U.S. is produced there. And innovation is just as important.

Fulfilling this vital requirement means innovation is just as important in Fresno as it is in Cupertino.

“The city is very proud of the agricultural history and the heart of the farmland. But in the past, it’s been known as an industry with high-volume jobs that provide low wages,” says Irene Hsieh, who serves as a FUSE fellow in the Fresno mayor’s office.

In response to a growing need to address the state’s heavy dependence on water and energy to support the local agricultural industry, the city’s Water, Energy and Technology Center (WET), which Hsieh serves as a strategic adviser, is in the process of developing an accelerator. It will be an entry point for entrepreneurs to commercialize and develop new technologies within the agritech industry to provide pathways to a stronger economy and higher-paying jobs.

The WET Center is one of 22 partners in 16 U.S. cities selected to receive technical assistance and support to drive local entrepreneurship and investment through the VilCap Communities program — an initiative spun out of D.C.-headquartered global venture development organization Village Capital, which has trained and invested in over 500 entrepreneurs working to solve global challenges.

According to Ross Baird, executive director of Village Capital, investors across the country are looking for great entrepreneurs to back, but too often have written off the “middle of the country” as too small or parochial to be a good investment.

The venture capital approach concentrates nearly 78 percent of funding in wealthy markets like California, Massachusetts and New York. Baird argues that with such a small percentage of America receiving the resources needed for companies to grow, positive ecosystem growth is prohibited in many cities that have both the talent and infrastructure and where smart entrepreneurs could otherwise thrive.

VilCap underscores the theory that diverse people with diverse backgrounds in diverse communities have the capability to develop products, services and solutions to meet their own needs if given the right tools and opportunity.

VilCap supports its partner accelerator leaders by highlighting the unique “startup DNA” in their respective cities.

Program participant Johns Hopkins Technology Ventures runs the FastForward incubator, which aims to boost Baltimore’s growing health IT ecosystem and serve across public and private industries as a catalyst for talent recruitment and retention. In Chicago, the WiSTEM accelerator is seeking to be the best place in the country for women to start a business by connecting entrepreneurs to capital, community and technology.

Partners incorporate VilCap’s curriculum into existing programming, continue to raise capital for their entrepreneurs, and build greater visibility in the investor community.

VilCap’s equity-based approach to venture capital investment through peer selection upends the traditional barriers and bias of early-stage funding being awarded mostly to white male founders. (Women and minority entrepreneurs receive less than 3 percent and 1 percent, respectively, of all venture capital.) It does not remove, however, the rigor of identifying high-growth, high-stakes entrepreneurs. Similar rules apply: Investors put business models to the test to ensure scale, sustainability and long-term impact, such as jobs created in markets where the entrepreneurs serve.

“We currently work with a number of large funds, active angels and foundations that are interested in interacting with markets outside Silicon Valley, Boston and New York,” Baird says, “and believe this trend will continue to grow as the communities become stronger and more well known.”