Via to Provide On-Demand Rides in Arlington, Texas – Next City

Via to Provide On-Demand Rides in Arlington, Texas 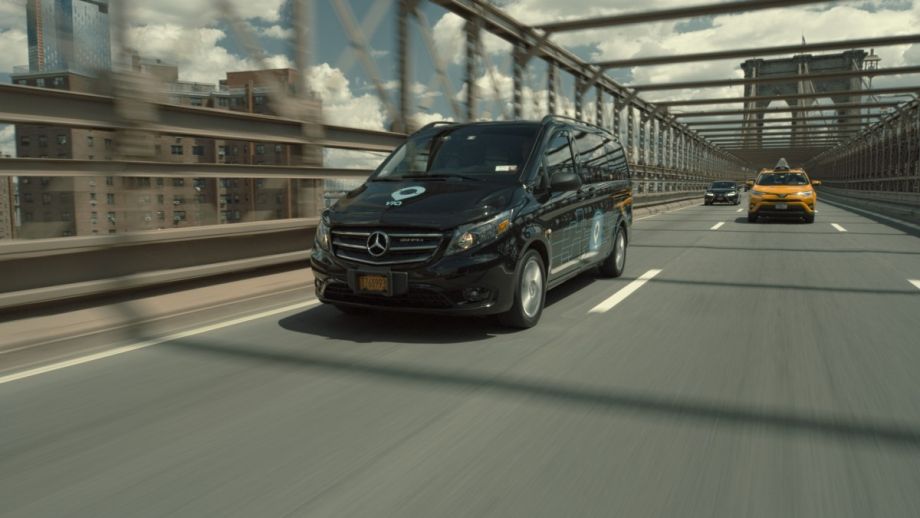 Welcome to “The Mobile City,” our weekly roundup of new and newsworthy transportation developments.

What, exactly, is “mobility as a service”? After all, mobility isn’t a product…Oh, wait, it is: You buy a car, a motorcycle, a scooter, a skateboard or a bike and use it to go places. But it’s also been a service for more than 150 years: Other people operate buses, trains and airplanes that you can board when you need to go somewhere.

But what the tech companies that coined the term have in mind is qualitatively different in several respects. Under the traditional model of mobility, you, the traveler, have to go to a place where the service is provided — be it a bus stop, a train station, a ferry terminal or an airport — pay your fare there (or in advance for longer journeys) and wait until the vehicle of your choice is ready to depart. One of the key differences with the tech-driven version of MaaS is much of the time, the service comes to you. With tech-driven MaaS, you can launch a smartphone app, plot your trip, and a vehicle shows up at your door or a nearby street corner to pick you up.

So far, this concept has been tested successfully in small areas, with transportation providers like Via and Moovit offering proof-of-concept services in smaller communities or sections of larger cities. Now it’s gone citywide in a sizable city: Arlington, Texas, a city of nearly 400,000 midway between Dallas and Fort Worth. Long known as the largest city in the country with no public mass transit, Arlington has opted to become the first to offer on-demand microtransit citywide through a partnership with Via.

Separately, one of the country’s best-known providers of mobility on demand, ride-hailing giant Uber, has just released a paper arguing that MaaS will be the salvation of public transit in general. On-demand transit, it claims, should become the bedrock of a “new model of public transportation” that blends on-demand and fixed-route service and changes structure frequently in response to changing travel patterns and demands.

The existing legacy providers of fixed-route public transportation could use the assistance, as ridership on traditional mass transit looks like it will emerge from the COVID pandemic at a new, lower level thanks to the widespread adoption of work-from-home as a business model. As has frequently been reported in this column, mass transit agencies have been staring down deep fiscal holes as a result of the steep declines in ridership. Many of them have done what transit agencies usually do in response: reduce or eliminate service. One of the biggest such eliminations, however, has turned out not to be a cost-saver, as officials at New York’s Metropolitan Transportation Authority have admitted that shutting down the city’s subways from 1 to 5 a.m. has actually cost the agency money.

Transit on Demand Scales Up to the Citywide Level in Arlington

“How does one get around Arlington without a car?” is one of the most frequently asked questions in the Dallas-Fort Worth Metroplex. The city that is home to the Dallas Cowboys, Texas Rangers, Six Flags Over Texas and Hurricane Harbor is one of the largest cities in the country with no public mass transit. And despite its growing demographic diversity and frequent criticism on transportation equity grounds, it appears that the reason the city has no bus service is because the residents want it that way: Sales tax proposals to fund transit service have gone down to defeat repeatedly, losing in 1980, 1995 and 2002, and a bus route operated for the city by Dallas Area Rapid Transit lasted only four years, from 2013 to 2017, when the city declined to renew its contract with DART after voters rejected yet another sales tax hike.

Since then, however, Arlington has been an early adopter of “microtransit” — on-demand, flexible minibus service that riders can summon to their doors using their smartphones. The city entered into an agreement with Via in 2017 to provide on-demand transit in the part of the city that includes most of the entertainment venues, according to the 2019 Dallas Morning News article linked above, more than 100,000 riders had used it in the two years since it began.

This was apparently good enough for the city to expand the service to cover 65 percent of its 99 square miles in 2020. Now, Government Technology reports that the Via transit-on-demand service will cover the entire city.

For anywhere from $3 to $5 per trip, based on distance traveled, riders can summon one of Via’s six-passenger minivans to a stop within a block or two of their origin to take them to one equally close to their destination. Rides between any point in Arlington and CentrePort station on the Trinity Railway Express regional rail line will remain a flat $3 when the new fare structure takes effect in mid-February. Weekly passes good for four trips each service day will rise from $15 to $25.

Arlington Mayor Jeff Williams had nothing but praise for the service. “This works in low-density regions. And it also is cost-effective enough that smaller cities can afford it, and it works,” he told GovTech. He also said that offering transit service this way has led ridership to rise tenfold. “Our ridership has been great. Our customer satisfaction has been super. The convenience of not having to worry about either, how do you get to the bus station, or when you get off the bus, how do you get to where you want to go, it’s just been off the charts.”

A Via news release announcing the expansion states that Via Arlington has provided 470,000 rides since its inception and reduced vehicle miles traveled in the city by 36 percent. It also says that its service has enabled 191,000 of the city’s nearly 400,000 residents to get around without a car. It also notes that the service can be adjusted to repond quickly to changing demand, saying that it saved the city about $1 million in 2020 by scaling back service in response to reduced demand post-COVID.

The expanded service, which began Jan. 19, will cost Arlington about $9 million annually. Via Arlington minvans operate six days a week, from 6 a.m. to 9 p.m. weekdays and 9 a.m. to 9 p.m. Saturdays.

As Arlington goes, so goes the country.

Or at least that’s what ride-hailing giant Uber predicts will happen in the near future as the public transportation industry remodels itself to respond to a changed urban transportation environment.

This model would also enable transit agencies to operate more efficiently by adjusting service quickly in reponse to changes in demand and usage. The paper recommends that agencies offer subsidized ride-hailing (naturally) and microtransit services to their users in order to maximize flexibility, support fixed-route services and better control operating costs.

Uber Transit Senior Policy Manager Chris Pangilinan said this new model would change the way transit agencies see themselves and the service they offer. “Historically, most transit agencies operate their services in isolation … and as a result, many view themselves as specialized transport operators with a hard-coded skill set,” he told Smart Cities Dive. “And while this might have been status quo, we think we’re at an inflection point here where agencies are recognizing that added sophistication and skills are increasingly necessary to respond to communities’ shifting needs.”

The article notes that this “new model of public transportation” would not be a rose garden all around, however. Increased reliance on ride-hailing as a form of basic public transport, for instance, could lead to increased road congestion and pollution. And the interests of Uber shareholders may not align with those of the transit agencies that partner with it. Uber itself has taken steps to bring this “new model” about in a number of cities over the recent past, including its acquisition of Routematch, a provider of mobility software-as-a-service applications for public transit agencies, last July. This report bears the imprimatur of both companies.

In fact, even an Uber Transit official quoted in the story suggested that public transit agencies will also turn to companies besides Uber to put this new model to work for them. Arlington already has.

In fact, MTA officials testified at a state legislative budget hearing, the closing has actually cost the MTA money because it has continued to operate trains in the subway according to the overnight schedules in effect before the closing but allowing only transit workers and public safety personnel to ride.

According to the article, Gov. Andrew Cuomo ordered the overnight shutdown when he learned that people experiencing homelessness were spending nights on the trains. In April, at a coronavirus briefing, the governor held up a copy of the Daily News which had photos of homeless people on the subway, saying, “That is disgusting, what is happening on those subway cars,” Gothamist reported at the time.

Still, evena fter the closure, the trains kept rolling, in part because MTA contractors use the trains to get from station to station in order to perform extra-deep cleaning to combat COVID-19. And on top of this, the agency also upped its spending on overnight bus service to provide the connectivity the trains used to. Far fewer people ride those buses than rode the trains, however: 19,000 people on average, compared with 200,000 overnight subway riders on average pre-shutdown.

And the agency also authorized additional spending for private security guards to monitor stations overnight and assist police in removing homeless passengers who refuse to get off trains when they reach the end of the line — a move homeless advocates have also criticized.

MTA officials didn’t disclose how much more they were spending at the hearing, but they did say that they expected the Federal Emergency Management Agency to reimburse the MTA for the extra cleaning costs, Chairman Pat Foye also said that the current state of affairs will continue until Cuomo gives the go-ahead to reopen the subways. The MTA also released survey figures that showed that 75 percent of riders said they felt safer using the subways thanks to the extra cleaning.

Know of a transit development that should be featured in this column? Send a Tweet with links to @MarketStEl using the hashtag #mobilecity.