We Put 31 Artists, 25 Architects and 18 Urban Planners in a Room. Guess What Happens Next. – Next City

We Put 31 Artists, 25 Architects and 18 Urban Planners in a Room. Guess What Happens Next. 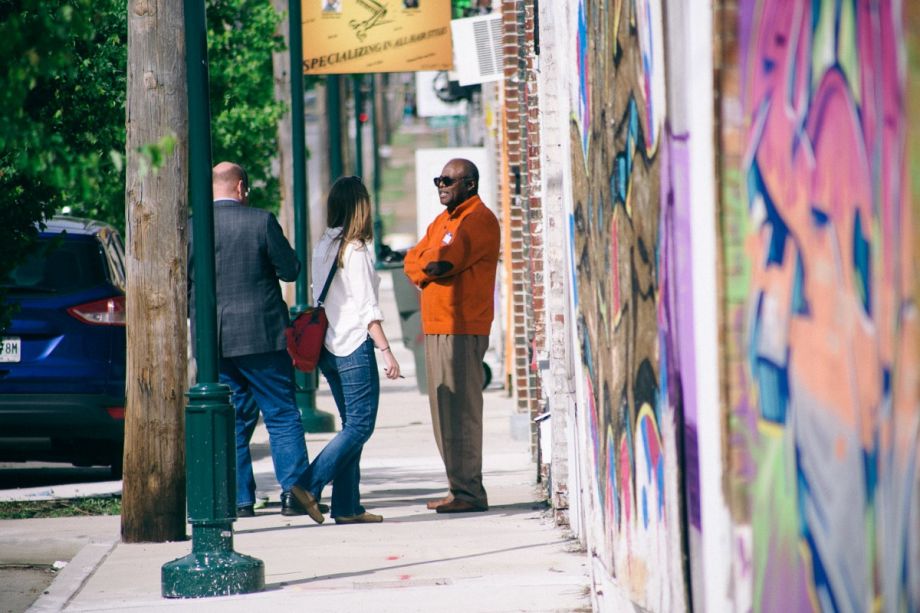 To begin the workshop, East Chattanooga residents and business owners led their teams on a tour of the neighborhood they love. (Credit: Our Ampersand Photography)

The result: Nine distinct sets of ideas, condensed into 10 minute presentations, focused on a bunch of little things that can be done in one month, one year, and three years on Glass Street in East Chattanooga, an area in need and unquestionably deserving of The Next Big Thing Urbanism Workshop, hosted by Chattanooga non-profit Glass House Collective and inspired by the 2014 Next City Vanguard conference held in that city.

Chattanooga is often celebrated as an urban revitalization success story. It was only a generation ago that Walter Cronkite famously called the city the dirtiest in America. Yet today, Chattanooga is more commonly known as Gig City, ushering the first gigabyte internet investment in the country, and the resulting revitalization is evident across downtown. Still, while the successes are worth celebrating, it is also fair to acknowledge that this urban renaissance has stopped short of East Chattanooga.

In the heart of this underserved part of the city runs Glass Street, four miles from downtown but another world from the energy of the Riverwalk and Market Street Bridge and the Tennessee Aquarium. In the early 20th century, this two-lane commercial corridor was an anchor to the surrounding neighborhood; in the years since, the entire area has been largely neglected. Short on foot traffic and the sense of community that made the district vibrant in the past, local businesses have struggled. Many of Glass Street’s historic buildings reflect this general disinvestment, in their state of disrepair.

The community has indisputable assets. The two-lane street is dotted with 1920’s architecture that can’t be replicated today; accessible suburban neighborhoods sit to the northeast, and 11,000 vehicles travel the corridor every day as they commute between downtown and the recent billion dollar investments from Volkswagen and Amazon on the outskirts of town. For now, all those people are simply passing Glass Street by. 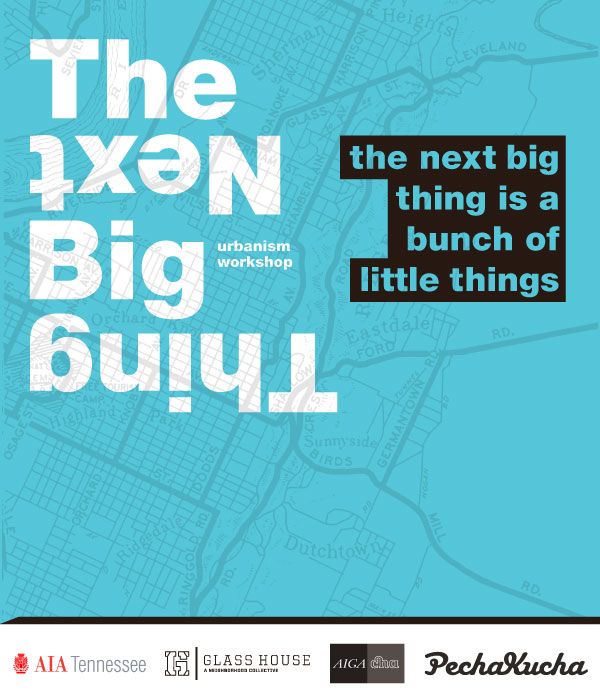 In 2012, three Chattanoogans came together with the belief that the Glass Street of the future could be a safe and progressive business district where residents of all ages could create, eat, play, and grow. Together they founded Glass House Collective to bring life back to Glass Street and Glass Street back to life. They focus on three approaches: implementing creative placemaking, getting feet on Glass Street, and developing new partnerships for and with the community. Their goal is to leverage good urbanism in creating positive change in East Chattanooga, ultimately contributing to the vibrancy of the city as a whole.

With their hard work, they have been able to grow roots in the community and begin meaningful investment there – through design workshops, art installations, community events, and civic engagement – but after three years of operation, Glass House was ready to expand their work and determine the next big thing for the evolution of the Glass Street neighborhood. With generous support from Lyndhurst Foundation, which also supported the Next City Vanguard, Glass House Collective was able to bring together over 100 people for The Next Big Thing Urbanism Workshop in late April.

Teams were intentionally created to include members with a variety of experiences, from design to policy to activism to business to the local neighborhood itself. (Credit: Our Ampersand Photography)

Participants from a truly diverse set of backgrounds came together in East Chattanooga to explore possibilities for the neighborhood’s future. The event was practically a Next City Vanguard reunion; in addition to Glass House Collective executive director Teal Thibaud, a member of last year’s Vanguard conference host committee, the workshop included project coordinator Mallory Baches (Class of 2013), team facilitators Gary Gaston (Class of 2010), Adrian Lipscombe (Class of 2014), and Ceara O’Leary (Class of 2015), and team members John Bilderback and Rondell Crier (both Class of 2014).

Kicking off the workshop, Mike Lydon presented Tactical Urbanism methods and examples, giving the audience a sample of what might come out of the following day’s workshopping. (Credit: Our Ampersand Photography)

The workshop kicked off with a lecture by Mike Lydon (Class of 2009), author of the new book Tactical Urbanism: Short-term Action for Long-term Change. Both local and national experts populated workshop teams. The project was especially privileged to have Maurice Cox, incoming Planning and Development Director for the city of Detroit and current associate dean for community engagement at the Tulane University School of Architecture, and Stroud Watson, founder of the Urban Design Studio and father of the urban revitalization of downtown Chattanooga, available as roaming advisors to teams as they worked.


While the professionals brought experience to the workshop, local residents and business owners of the Glass Street neighborhood brought expertise to their teams. Whether it was knowing the informal walking paths residents take to avoid dangerous vehicular intersections, the activities neighborhood children participate in after school (and the ones they have to go elsewhere to find), or the concerns of local business owners struggling to encourage activity on Glass Street, community members were the advocates for the changes proposed.

Making the proposals accessible, for a small non-profit and the struggling neighborhood they support, was the challenge for the designers. Lighter, quicker, and cheaper solutions were the goal, and with the charge of short implementation timeframes – 1 month, 1 year, and 3 years – Glass House now has a strategy for their organization’s next steps.

Offering bite-sized community transition for the Glass Street neighborhood reflects the challenges the community faces, but Glass House is committed to supporting those challenges hand-in-hand with the community. In the coming months, they will carefully explore these scaled designs in neighborhood meetings, refine and customize the proposals with neighbors by their side, and build partnerships that will help finance and implement the community’s favorite design proposals. And most importantly, Glass House Collective and the Glass Street community will adapt these designs to the evolving needs they see around them, ultimately using a bunch of little things to create the next big thing on the street.

For now, workshop proposals are available on the Glass House Collective website, and the implementation of 1-month designs will begin soon. Balancing places with people, movement with access, and investment with character, teams have offered up tactical ways that good urbanism can create good community on Glass Street. With these designs in hand and support from Glass House Collective, the neighborhood can now work with local foundations, community partners, and the City of Chattanooga to be a part of the city’s success story, and that really is a big thing for Glass Street.