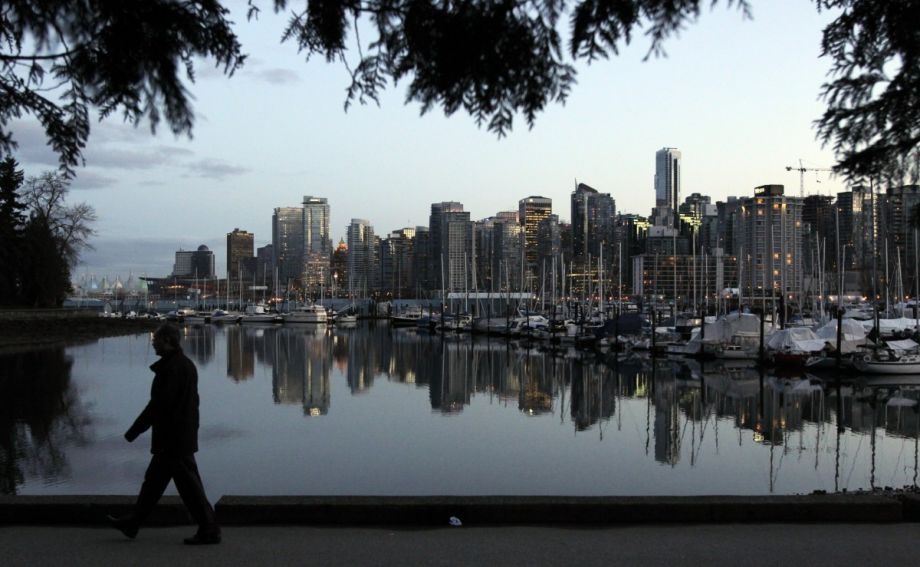 When Andrea Reimer was first elected as a member of Vancouver City Council in 2008, she made a point of asking Mayor Gregor Robertson not to assign her any additional responsibilities. Robertson promptly turned around and made her the chair of the city’s Planning, Transportation and Environment Committee.

“I felt I was too new and that it would be better for me to take on added responsibilities in later years. And he kind of picked me up and threw me in the deep end,” she recalls.

In the wake of that decision, Reimer proved she was not only capable of handling the dual responsibilities of council member and committee chair, but that she was a natural champion of sustainability, both in terms of advocating for a healthier environment and for more resilient communities. As she prepares to leave office after this fall’s municipal elections, her work speaks for itself, though she’s the first to admit the city didn’t go as far as she hoped.

“So maybe we can’t be the greenest city tomorrow. Or next year. But in five years, it will be like: oh my god, everything has changed,” Reimer says.

In addition to her committee chair position, Reimer was appointed lead council member for Vancouver’s Greenest City Action Plan when it was approved in 2011, with the lofty goal of “becoming the world’s greenest city by 2020.” Over the past seven years, she’s devoted thousands of hours championing the initiative with the public, the business sector, three levels of government, and with city officials from around the world, who have flown her from Vienna to Beijing to hear her speak about the program.

It’s a far cry from Andrea’s difficult teenage years, living on the streets from the age of 14 and struggling with drug addiction. Her salvation came in the form of travel, visiting different parts of North America, Asia, North Africa, Europe and Central America. It was as a volunteer at a low-income housing project in El Salvador, that Reimer experienced first hand a world where people had to survive in the face of what she describes as “brutal” living conditions, having to deal with intimidation, torture, malnutrition and in some cases starvation, while at the same time being exposed to an incredibly polluted environment.

“It still makes me emotional, thinking about how people there had to live. The places they were getting their water from, the air quality and the toxins they were exposed to,” Reimer recalls.

That formative experience led her to get involved with the Green Party, becoming the first Green Party member to get elected as a trustee to the Vancouver School Board, where she successfully advocated for among other things, gardens in schools that would be managed by students and family members. This, in turn, opened the doors for a stint as executive director of the Western Canada Wilderness Committee, a non-profit environmental education organization.

As lead council member for the Greenest City Action Plan, Reimer says her goal was to transform the perceptions of the majority of when it comes to the environment and sustainability. Most were indifferent to the environment at the outset, she says, and she wanted them engaged.

The same day the Greenest City Action Plan was passed, they started digging up a portion of city hall lawns to build an urban garden. Seven years later, the City of Vancouver announced the planting of the 100,000th tree since the Greenest City program began, while reaffirming its commitment to get to 150,000 trees by 2020.

Highly visible initiatives such as the tree plantings and the fast-tracking of bike lanes and a public bike-sharing program have not only helped to change the perceptions of residents when it comes to sustainability, but also how they interact with the city, and how the city in-turn provides services.

“Bike sharing has taken off like crazy. And more people are using transit now because they are better able to use their bike (to get to a station),” Reimer says. “The more we get people off the road, the more they exercise and the more they want cleaner streets. And that makes for better retail support and street life. Everything starts working together.”

There wasn’t exactly a love fest over biking in the early days. “Bike lanes were controversial from day one,” Reimer says. “One of the things I’ve is learned is that people can agree on policy and direction, but the minute a piece of land comes into play, no matter how small, they get into personal arguments. I’ve sat in on meetings where people say I believe in childcare facilities, just not near me. And bike lanes are the environmental expression of that.”

The bottom line, after years of tough conversations: Vancouver reached its 2020 “active transportation” goal five years early — 50 percent of commuters now walk, bike or take public transit, up from a baseline of 15 percent in 2007.

According to Doug Smith, the city’s director of sustainability, that progress has fostered a ‘we can do better’ mindset. “Almost immediately [after reaching the 2020 target] the engineering department and the transportation team said we need to think longer term,” says Smith.

The city now has a 2040 Transportation plan with a goal of getting to at least two-thirds of all trips by active transportation. One way the city intends to achieve this goal is by committing to zero expansion of car capacity, despite projections that another million people will be living in Greater Vancouver by 2040 (adding to the current population of 2.5 million).

Some of Reimer’s most transformational moments with Vancouver’s Greenest City program have occurred while spending time in other major cities. When Vancouver was struggling with putting together a viable composting and food separation program, particularly with multi-unit buildings, she learned about a unique composting drop off center for apartments in New York while visiting there.

“By the end of the year, we had collected more in scraps from people living in apartments than New York had collected in 10 years,” says Reimer.

Multi-unit composting is just one of dozens of initiatives tied to the Greenest City target of reducing landfill waste by 50 percent by 2020 (over 2008 levels) as well as the recently announced goal of getting to zero waste by the year 2040. Policies to that end include becoming the first Canadian city to ban plastic straws, polystyrene cups and containers and plastic bags. Other key measures designed to help the city reach zero waste include the diversion of construction waste from landfill sites and the diversion of food and yard waste as part of the green bin program. Since the city’s “Green Bin” program was introduced in 2010, food and yard waste collection has increased by 75 percent and the volume of garbage has been reduced 45 percent.

Still, on other fronts, progress hasn’t been as impressive. Late last year the city admitted that it would fall short of its goal of reducing greenhouse gas emissions. Instead of reducing emissions by 33 percent from 2010 levels by 2020, the city now estimates it won’t reach this goal until 2028. Local politicians such as Reimer blame the provincial and national governments for this shortfall, by failing to introduce such measures as a higher gas tax to discourage consumers from purchasing gas-guzzling pick-up trucks and SUVs. Those vehicles now represent 60 percent of all local purchases, compared to 40 percent in 2006.

An area Reimer frankly describes as “our biggest failure” has been getting home and commercial building owners on board with the city’s retrofit program. Although a Building Energy Retrofit Fund was approved in 2016, hoping to address the fact that 57 percent of the city’s carbon emissions come from buildings, the fund has failed to motivate owners to make buildings more energy efficient.

Not satisfied to wait for higher levels of government to chip in with a gas or carbon tax, the city is fast-tracking efforts to move into district energy. The South False Creek Neighbourhood Energy Utility captures waste thermal energy from wastewater and raw sewage to heat 5.2 million square feet of residential, commercial and institutional space, with expansion up to 22 million square feet. in coming years. The city is also considering the conversion of a legacy plant currently powered by natural gas to one using methane gas captured from landfill sites.

After seven years pushing through hundreds of Greenest City initiatives, Reimer announced earlier this year she won’t seek re-election in this fall’s elections. Instead, she will attend Harvard University, as a Loeb fellow, collaborating with urban experts from around the world to research strategies and best practice tied to her other passion — affordable housing.

Reimer sees a connection between environmental issues and the worldwide lack of affordable housing. “I suspect they have the same root cause,” she says. “They’re both manifestations of what happens when you allow the market to make too many decisions for you. In one case you have the environment getting hammered, and in the other case, you have people without economic resources being hammered.”

EDITOR’S NOTE: The original version of this article reported an incorrect figure for the percentage of Vancounver’s greenhouse gas emissions coming from buildings. We’ve corrected the error.