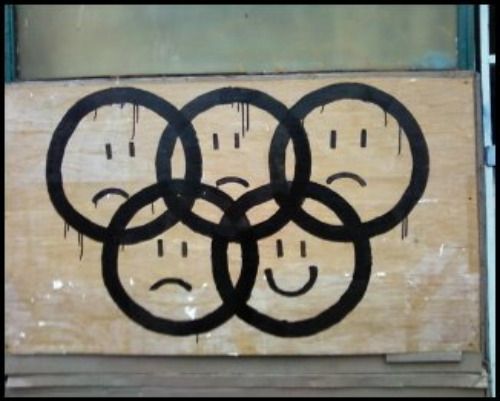 Free speech! Openness! Transparency! These, as Mr. Burns might say, are the demons that must be slain if Vancouver is to carry out its Olympic dream next February. It’s beginning to look a lot like Olympics season: You can tell by the official crackdowns to cover up complaints against years of financial boondoggling and anti-poor urban planning. The inimitable Amy Goodman of Democracy Now! was recently stopped, searched and interrogated by Canadian border officials intent on making sure she wasn’t headed to Vancouver to talk about the Games. Afterwards David Eby, the executive director of the B.C. Civil Liberties Association, explained to Goodman concisely why: “We have a billion dollars being spent on security here. Protesters and activists have been identified as the number-one security threat to the Olympic Games.” You’d think this was an event of far reaching political import like the G-20 meeting in London or the U.N. Climate Change Conference in Copenhagen, not a mere sporting event.

But to reduce the political significance of Olympic mega-events is to underestimate the lengths host governments go to promote exactly the wrong practices for cities. As I’ve argued before, governments use them as excuses for what Jane Jacobs called “cataclysmic” infusions of development. In order to remake their physical spaces into more attractive venues for global investment, host governments use windfall funds for things like slum clearances, sweeps against the homeless, high-end development that caters to the rich, and so on. This is more or less the approach taken in Vancouver, where, for instance, housing for the poor and elderly was converted into tourist lodging. Now Vancouver 2010 is adding open political discourse to its list of casualties. Civil libertarians say that the crackdown on Olympic naysayers is widespread. And, to boot, the city has just ordered the removal of anti-Olympic artwork (above, at right) that had been displayed there since 2003, all of a sudden deeming it “graffiti.”

So that’s what the modern Olympics offer: Gentrified, securitized revisions of great cities whose physical appearances give off the idea that the whole community agrees with the official line. Vancouver is small potatoes compared with Beijing’s crackdowns against housing rights activists last year, or compared with what might happen if Brazilian authorities act the same way toward the legions of economically disenfranchised in Rio. Meanwhile the International Olympics Committee publicly ignores these little details about how host governments carry out the urban development plans that it rigorously approves. Instead it spins Orwellian yarns about how socially sensitive its games are.