Vancouver Bike-Share Gears Up for Summer Launch – Next City 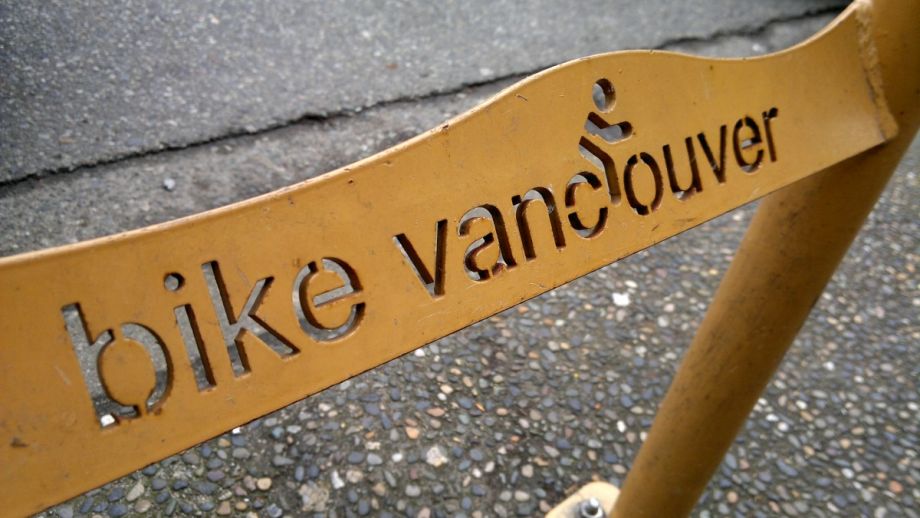 Vancouver, British Columbia, is rolling out a bike-share system with 1,500 “smart bikes” by the end of the summer, according to The Vancouver Sun. The $5 million agreement with CycleHop Corp. Canada comes eight years after council members first began discussing launching a bike-share.

“Vancouver’s cycling numbers are skyrocketing and we’ve been hearing from many residents wanting a bike-share network here,” Mayor Gregor Robertson said in a statement.

Technology in the bikes will allow riders to check out and return bikes even where there isn’t a docking station. Each bike will have an internal cable lock that allows users to secure them to permanent objects away from a station, and waterproof control boxes on the handlebars will allow riders to rent them out with smart phones or membership cards. The solar-powered docking stations will also include payment terminals.

The city hopes to have the first 1,000 bikes created by Smoove ready by June 15, and another 500 out by the end of the summer. If the system proves popular, it could eventually be expanded to 2,500 bikes.

After a $5 sign-up fee, rides will cost $2.50 for 30 minutes. A monthly membership will cost around $20 and include unlimited 30-minute rides. Free helmets will also be available with rentals, but the city hasn’t worked out how to keep the helmets clean.

The docking stations will be in a small section of downtown to start. Jerry Dobrovolny, the city’s general manager of engineering services, said in a meeting that the docking stations will be great for business. “This is a call for any business owners downtown — this is an opportunity to get a bike-share location at your front door. In many cities it’s very, very desirable, and will be in Vancouver as well. It will bring lots of people to your front door,” Dobrovolny said.

Vancouver will pay a $5 million fee for the bikes, plus cover $1 million in additional costs, according to the Sun. The city will also cover another $500,000 in annual costs. The suppliers will pay the city up to $400,000 annually for use of city space, which Dobrovolny said would help offset some lost parking meter revenue. Vancouver will also receive a share of revenue per bike “over a pre-set threshold.”