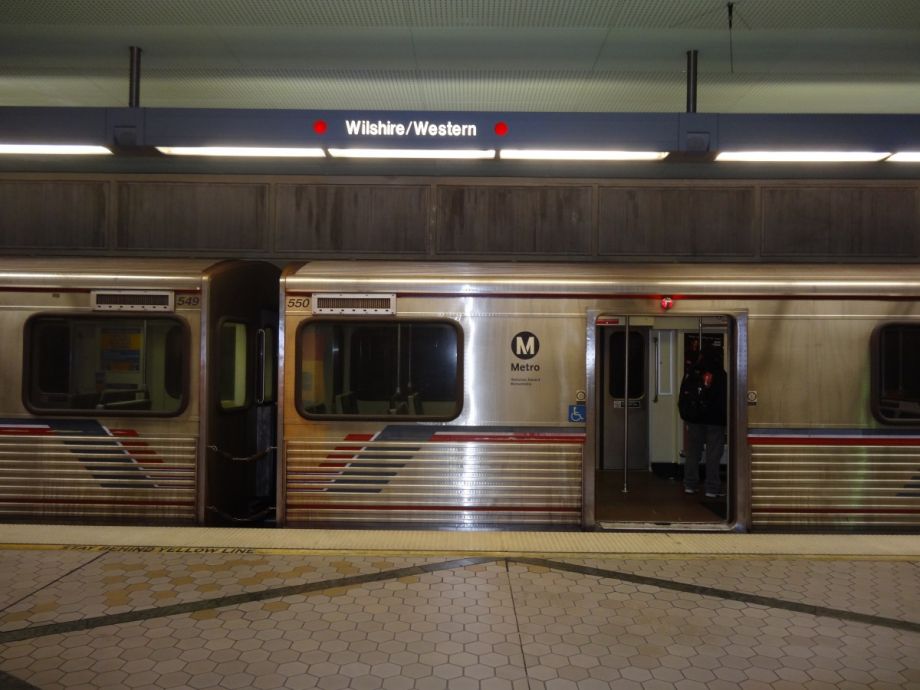 LA Metro opened up to unsolicited proposals in hopes of involving the private sector in new projects. (Photo by Jacob G.)

As debate of the pros and cons of public-private partnerships heightens in light of President Donald Trump’s fondness for infrastructure privatization, the U.S. Department of Transportation has offered a look at the ups and downs of bringing private sector players into the conversation early.

A new (fairly technical) DOT paper outlines 17 ways to engage the private sector, across three major phases of project development: planning, pre-procurement and post-procurement. During each, the paper suggests, some approaches seem to work well, shortening timelines, fostering information sharing, improving technical and financial innovation, and reducing risk (for companies and taxpayers). Others have mixed results.

Take “unsolicited proposals,” for example — one of four top strategies the paper recommends during the planning phase.

State or local agencies can open their doors to unsolicited proposals for projects or facets of projects. LA Metro, since announcing it would accept them in February 2016, has received 75 on a variety of ideas, not only opportunities for public-private partnerships. Of these, 56 made it through an initial review that indicated the agency could consider the proposal; 16 went on to phase two for a more detailed analysis. Five projects are currently underway, and two more are being recommended for implementation.

In a webinar this week about DOT’s paper, LA Metro’s Chief Innovation Officer Joshua Schank said the decision to open up to unsolicited proposals was made in anticipation of voters passing an indefinite sales tax increase for transportation last November. The agency wanted to involve the private sector in new projects, but hadn’t been successful so far.

“In fact, we’ve struggled to develop P3s that work,” he said. LA Metro has put out requests for proposals or information before and received little enthusiasm. “[Accepting unsolicited proposals] avoids that to some extent. Because it involves the private sector earlier, we know when we go out that there is some interest.”

And though some doubted that the private sector would respond, Schank said, “we have gotten recommendations for things that we might never have considered under other circumstances because people feel free to submit things that don’t take a tremendous amount of effort.”

The downside? It takes a lot of time and effort for the agency to evaluate them all fairly in its promised 60-day time frame.

The DOT paper gives unsolicited proposals a medium-positive score for maintaining or reducing costs, and adding value and fostering innovation. The strategy garners low marks for increasing competition, however: Though a company submitting a proposal still must go through a public bid process, the agency might show bias toward the initial proposer.

What limited evidence exists suggests that unsolicited proposals work best when they can speed up an already planned and environmentally assessed project.

Several are being considered in Los Angeles around the West Santa Ana Branch and Sepulveda transit corridors. In the first instance, the line has been planned and is going through environmental review, but the community is clamoring for faster delivery.

Schank said private companies have also expressed interest in working with the agency on pre-development agreements (PDAs), another early involvement strategy covered in DOT’s paper. Using this approach, contractors would attempt to design a financially feasible plan for a relatively undefined project, and get right of first refusal to be a private partner on it should the agency decide to proceed.

Again, as with unsolicited proposals, the paper notes this approach can reduce competition and fail to decrease risk for the public sector (yet recommends it as a top strategy). PDAs also rank well for adding value and maintaining or reducing cost or schedule, and for decreasing risk for private sector partners.

Donald Cohen, executive director of In the Public Interest policy and research center, says it can be helpful to involve private players early to source ideas, but when they’re asked to make financial projections too soon, “you’re predisposing the answer.”

He points to the Value for Money (VFM) analyses often conducted in advance of large infrastructure projects, and the decision whether to use more expensive private financing (which can be quicker) or tax-exempt public financing. In 2015, he wrote in a Miami Herald op-ed, Indianapolis reviewed the VFM process for a proposed new courthouse and justice center. The city’s analysis found that using public financing would cost $516 million less than a public-private partnership. The private firm that conducted the first VFM found the private option would be cheaper.

“But we’ve found that in political [situations] when a VFM comes up with a dollar number, that becomes a fact in the discussion,” says Cohen. He says it’s good to ask the private sector what they can offer in terms of innovation and efficiency, but that doesn’t mean projects can’t still be publicly financed and owned.

He also cautions that even the idea-gathering phase can tip the scale, as it can promote a feedback loop of potentially misplaced trust. “Once you make the decision you want to do [a project as a public-private partnership] you stop evaluating whether you should do it,” says Cohen.