How 15 City Councils Rate on Gender Balance – Next City 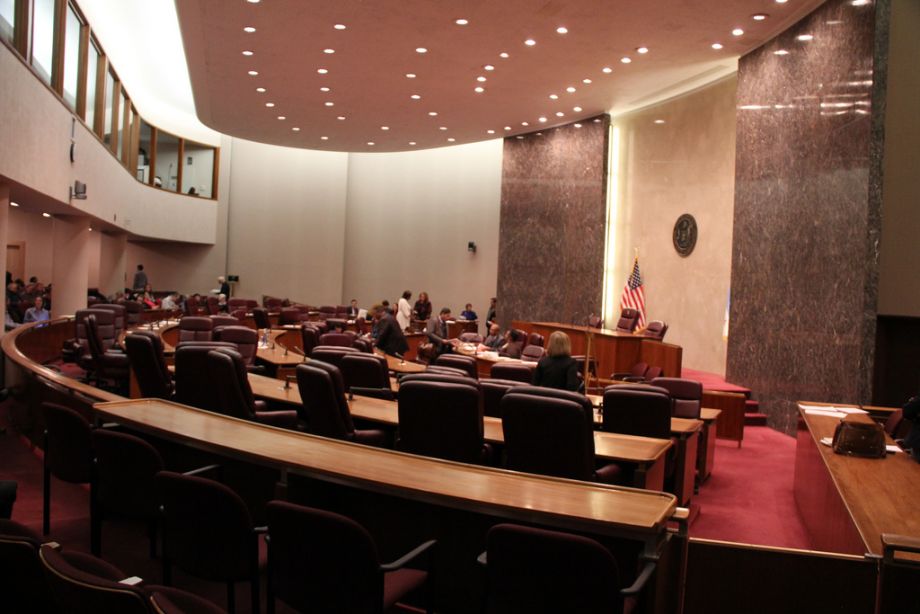 The report looks at the average tenure, salary, and percentage of men and women on the city councils of the country’s most populous cities, plus five other cities chosen for their similarity and/or proximity to Philadelphia, where Pew is based.

Compared to 2011, when Pew last examined the makeups of these same councils, average tenure has dropped, share of women has declined and salaries are up, at least modestly, in most cities.

According to the report, councils in cities with higher costs of living do tend to have higher salaries, but historical pay rates, the council’s level of responsibility and the political mechanism to raise council salaries also play a role. 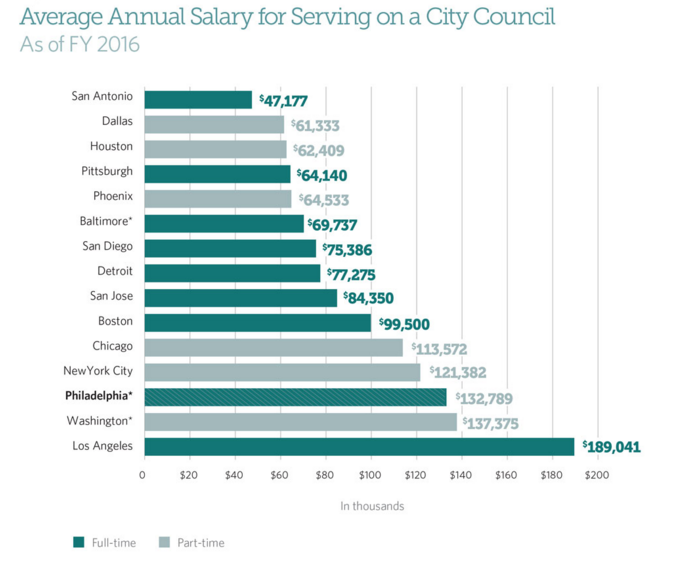 The report also notes that there is no clear correlation between members’ salaries and their status as full- or part-time employees, or their right to outside employment. Washington, D.C.’s council members are part-time, but have the second-highest salaries. Despite their low wages, San Antonio’s council members are full-time.

Across all councils, average length of term declined from 7.9 years to 6.2. Baltimore’s council members remain in office an average of 14.2 years, the longest in the study. The average Houston council member serves just 2.1 years, the shortest. 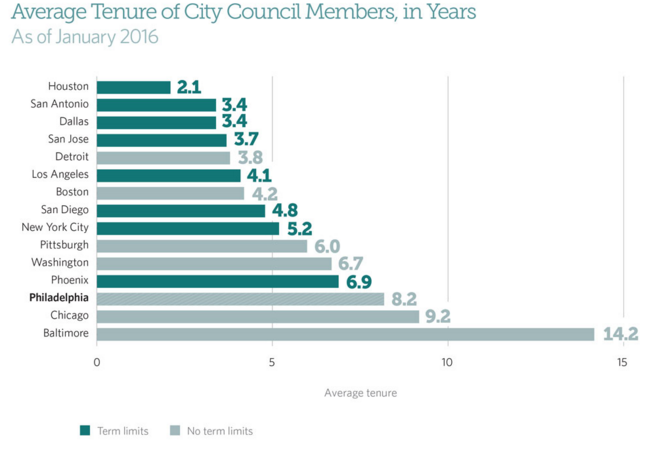 In 2011, Philadelphia had the longest-serving membership, with an average tenure of 15.5 years among its 17 members. A confluence of retirements, defeats and resignations dropped that average to 8.2 years currently — still the third longest average tenure in the study. The report notes that membership longevity can be seen as positive, negative or both: Longtime members may be seen as experienced and influential, or as resistant to change. 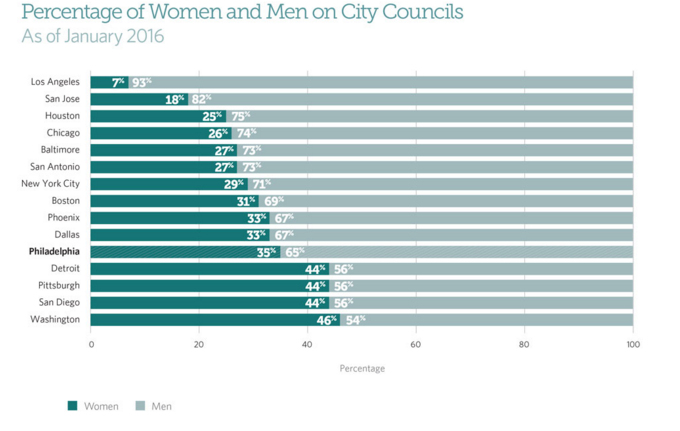 Because most councils in the study have 17 or fewer seats, the loss or gain of one female member makes a big percentage difference. Overall, the share of women city council members declined from 33 percent in 2010 to 30 percent today.