Urban Policy Would Also Hurt Under a Summers-Led Federal Reserve 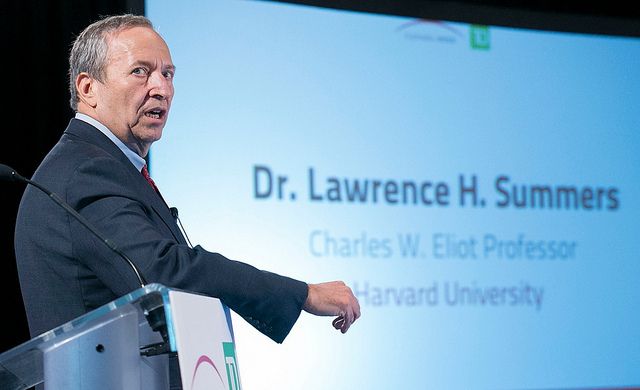 Larry Summers at a presentation in Canada in 2012. Credit: Canada 2020

If Ezra Klein proves as prescient as he is nerdy, then economist and former Treasury secretary Larry Summers will be the next chairman of the Federal Reserve.

In a Tuesday post on Wonkblog, Klein laid out the reasons why he believes Summers is the new frontrunner to replace outgoing Fed chairman Ben Bernanke. The speculation set off a bout of panicking in some corners of the Internet, with The New Republic’s Noam Scheiber calling for everyone to calm down, nothing’s been decided yet.

But if Summers were to lead the Fed in the final years of the Obama administration, what would that mean for on-the-ground urban policy in U.S. cities? We found four main reasons why cities should beware if Klein’s prediction were to come true: