Making Urban Parks More Than Just a Place for Play 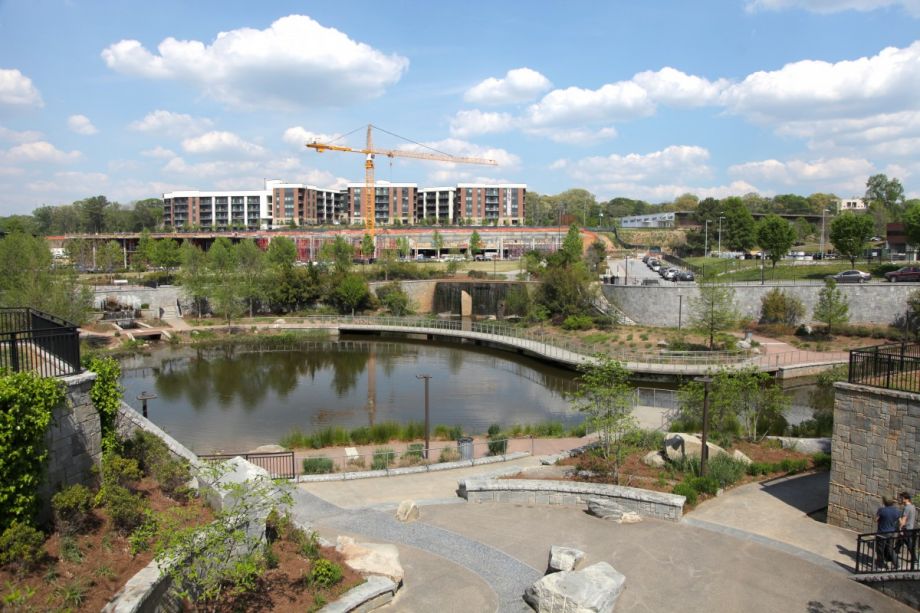 As is often the case with many ambitious dual-purpose projects, this one almost never happened. The original design mandated a massive subterranean cistern below a 16-acre parking lot to collect rainwater and was estimated to cost $40 million dollars. But before breaking ground, Atlanta considered and went forward with a functional green-infrastructure option to not just handle the water, but also offer an urban park at a $16 million savings over the original design.

The verdant Fourth Ward Park is one highlight among many in the new five-part video series, “City Parks: America’s New Infrastructure,” produced by the City Parks Alliance trumpeting the many long-term benefits of urban parks. The newly released first episode is an overview and future episodes, to be released in coming weeks, will look individually at parks’ impact on transportation, resilience, health and economics.

Of course, parks and greenspaces have always served as important sites for community reflection, celebration and relaxation. One need look no further than New York’s Prospect Park, Los Angeles’s Griffith Park, or Washington, D.C.’s National Mall, to know that they are important parts of our shared cultural identity. Today, however, city parks are more than gathering places. They are valuable infrastructure for our county’s urban communities, as vital as highways, bridges and wastewater treatment plants.

In their rebirth, city parks are being transformed into powerful economic and health generators and as keys to environmental resilience. Next-generation parks are driving a better future by attracting businesses and new citizens to these areas, improving the tax base, encouraging investment, mitigating storms and anchoring communities.

No doubt, the challenges city planners of today’s burgeoning American cities face are many and complex. They include everything from restoring aging and unattractive landscapes to job creation and economic development to health and quality of life issues for constituents. As recent flooding has shown, cities must also contend with resilience to powerful storms and other environmental challenges.

“City Parks: America’s New Infrastructure” is a tribute to the beauty, meaning and, yes, purpose of parks in the fabric of today’s urban life. In the first episode, city planners, designers and engineers from many of America’s biggest and fastest growing cities — Denver, Houston, Nashville, Atlanta and Washington, D.C., among many others — run through a litany of advantages that parks have over traditional infrastructure projects.

Each of these leaders hails their parks as having transformed their cities and revitalized their communities. To them, parks are not luxuries, but wise investments in the future, drawing new citizens and businesses downtown, providing close to home access to nature and strengthening neighborhood cohesion, offering vibrant cultural settings and relaxation, all while helping to solve the profound societal challenges of public health, economic development and environmental resiliency.

It is time we recognize the profound benefits of city parks in modern American life. And, as we look to rebuild city infrastructure, parks must become a major component to strengthen our urban systems and the neighborhoods, public services and businesses that rely on them.