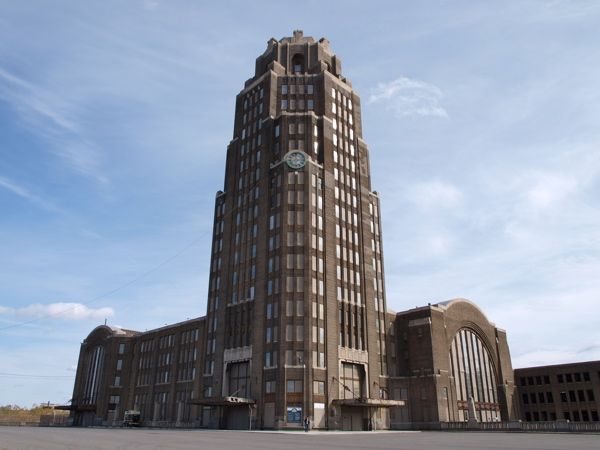 For the next two weeks, Urban Nation will be reporting from the road. I will be traveling through the Midwest, from Buffalo to Chicago, reporting on federal urban policy-related stories in the region, covering everything from energy subsidies to public housing reform.

The Midwest seems like the right place to examine how — and if — the federal government’s relationship with urban America is changing. Calling this part of the world the Rust Belt explains away so much of its complex, troubled relationship with federal level urban policy, and much of this stems from how we define what constitutes federal urban policy, which is not a simple consideration. While many cities in the region suffered from misguided Urban Renewal projects, and misplaced interstates, leading to hollowed-out urban cores, that doesn’t set them apart from most other older cities.

What sets the Rust Belt apart, of course, is the loss of heavy industry, which can probably be attributed in no small part to federal level trade and labor policies over the last few decades. Due to its tremendous impact on cities like Youngstown, Detroit, and Toledo, it’s tempting to consider the federal government’s complicity in the outsourcing of industry as a certain form of urban policy. Let’s call this unintentional urban policy. Michael Moore made a career off of highlighting the corporate greed that led to the destruction of his hometown, Flint, Mich., but it’s hard to lay blame on a profit-seeking corporation that followed its own best interests. It’s the federal government after all, not corporations, who we should reasonably expect to work for the public good.

Enter the Obama administration. Obama came to office with a promise to change the way the federal government interacts with cities, and to use cities and metros as the drivers of our new economy. Having worked as a community organizer on Chicago’s South Side, with laid-off steelworkers, Obama is keenly aware of the issues facing this part of the country, and the federal government’s role in its decline. Between Obama’s background and the economic crisis he inherited coming into office — not to mention the sort of “urban moment” this country is having — it would seem that these cities in the Midwest, are due for some serious federal intervention.

And the Obama administration has rolled out a number of place-based, competitive grant programs that are specifically designed to help cities reinvent themselves, like TIGER grants, Sustainable Communities grants, the Neighborhood Stabilization Program, and Choice Neighborhoods. These programs all, in varying degrees, take advantage of the growing grassroots community development efforts taking place all across the country (which, one might argue, sprouted up due to government’s hands-off approach over the past few decades).

I will be meeting with people working to reinvent their cities in the Midwest, and speak with them about their relationship with the federal government, and see what kinds of issues they face when working to revitalize cities that have faced unimaginable levels of abandonment and decay.