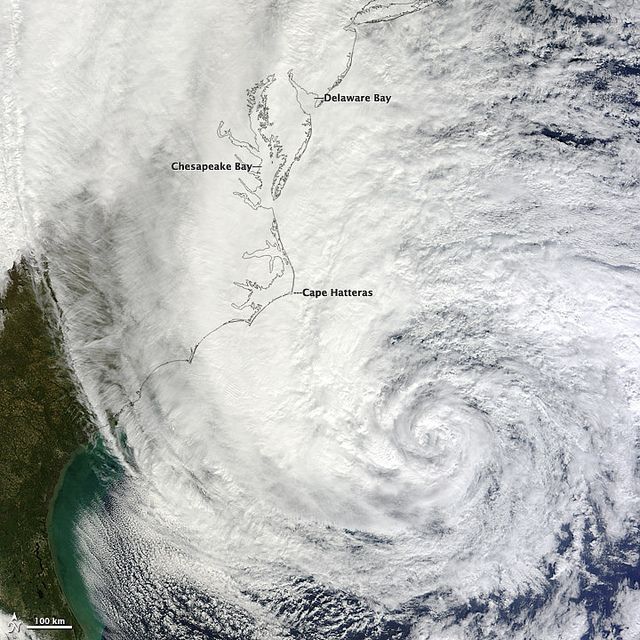 The presidential debates have come and gone with more talk of oil than of the environment. Where the 2008 campaign had made action on climate change seem possible, if not inevitable, this year’s contest seems a sign that we are either comfortable with a warming climate or resigned that nothing can be done about it.

The great irony is that the inaction after the hope of the 2008 election has, in fact, done some good. This inaction — or more accurately, decades of inaction — has made a federal urban policy based around environmental issues more likely no matter who wins in November.

In recent years, cities have been at the forefront of both climate change mitigation and adaptation efforts. More than 1,000 U.S. cities have pledged to meet the Kyoto emissions target of 7 percent reductions from 1990 levels by 2012. By 2007, cities with greenhouse gas emissions-reduction targets included 26 percent of the population and 23 percent of emissions.

This action started well before the 2008 election. State and local climate change efforts took off fully 20 years ago in the early 1990s. 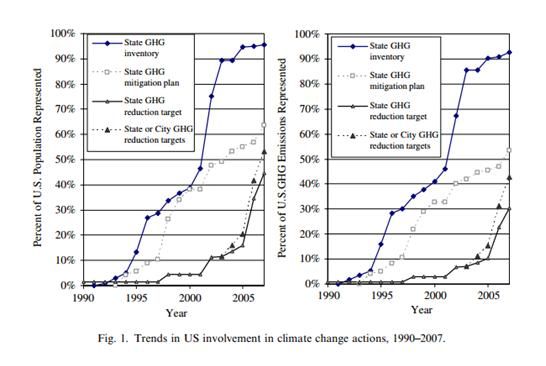 More recently, observers have come to see action at the local level not as a stopgap until the federal government steps up, but as a worthy substitute.

In arguing that “the U.S. has been more committed to climate change mitigation than is generally acknowledged,” the study cited above estimates that if cities were able to accomplish the Kyoto goals, 27 percent of the reductions needed to meet nationwide 1990 emissions in 2020 would be achieved. There is reason to be (quite) skeptical of such an estimate — emitters restricted in one city might just move to another without restrictions — but it is reasonable to believe that a handful of committed cities could make nontrivial progress in reducing emissions nationally.

But everything isn’t coming up roses. Setting aside the “tragedy of the commons” issues with city-based emissions reductions, for all their know-how and goodwill cities in the U.S. are not equipped to tackle climate change on their own.

Researchers looking emission reduction efforts in Allegheny County, Pa. found that the county met its target only because it lost population and the steel industry declined. The New York Times quotes ones of the researchers as saying, “This isn’t going to be as easy as it looks.”

A recent study of climate adaptation planning also reflects the challenges facing cities. U.S. cities are trailing most other regions of the world in assessing climate risk and vulnerability. Actual planning for adaptation is significantly lower in the United States, with 59 percent of cities undergoing adaptation panning compared to 86 percent in Australia and New Zealand, 84 percent in Europe, 80 percent in Africa and 67 percent in Asia. Only a quarter or so of all cities in the survey received funds for adaptation from their national government, but the study suggests that resource constraints are more important challenges for U.S. cities.

Beyond the difficulty of cutting emissions, planning for the impacts of climate change is just hard. The same Nature article urged climate scientists to pay close attention to cities and explained some of the phenomena they should consider when thinking about the climate and cities:

The ecosystems of cities need to be studied, including the role of parks as coolants, of coastal wetlands as storm-surge buffers, and the effects of climate change on urban disease vectors such as rats or allergens such as pollen. Scientists must answer questions about the combined effects of changing migration patterns and climate, and help to estimate resulting response costs — particularly for poorer people and other at-risk populations.

Doing these types of analyses isn’t easy. A 2011 review of studies about climate change risks in cities found quantitative study of these risks to be in its “infancy.” Others point out that current analyses tend to ignore socioeconomic factors.

This suggests that cities won’t be able to go it alone. While bigger cities like New York and Los Angeles will be able to make progress in the absence of federal support, smaller ones in particular will have difficulty. But even the big cities will reach a limit: Large infrastructure and transportation projects and broad efforts to change behavior (for example, raising the gas tax) require federal support.

The feds are beginning to engage with local governments in adaptation efforts. The Interagency Climate Change Adaptation Task Force lays out a host of ways in which FEMA, the Federal Transit Administration, the EPA and other agencies are working with local communities. Sustainable Communities is a good example. And technology is always advancing. For instance, a new tool allows cities to monitor their emissions accurately.

But the maturity of local efforts to reduce emissions and adapt to the local impacts of climate change would make it easy for the federal government to help coordinate, finance and facilitate these efforts in a relatively hands-off way. What’s more, such an approach would be attractive to both Democrats and Republicans.

The argument is tailor-made for an incoming Republican administration. The need for more resources — not only in dollars, but in technical capacity — is great, but current efforts require neither huge sums nor new legislation. Backing local efforts to combat climate change would be an ideologically consistent way for Republicans to begin thinking about cities.

No matter who is president come January, the steps cities have taken in response to climate change are both significant and, by definition, incomplete. These efforts mean that the feds neither have to start from scratch nor think very hard about where to begin.