Which Urban Freeways Are Ready to Go? – Next City

Which Urban Freeways Are Ready to Go? 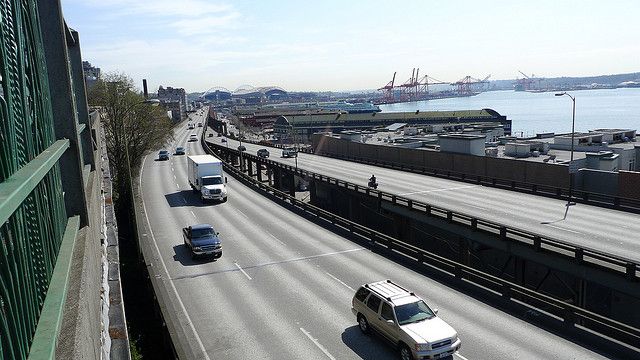 To many city-dwellers, the obsolescence of aging urban highways is obvious. Here in Philadelphia, for instance, I-95 is fast-approaching the end of its design life. What will become of it — particularly a three-mile stretch along the Delaware River that divides the city from its waterfront — has occupied the concern and imagination of residents and city planners alike.

It’s an issue that many U.S. cities face as they still reel from the legacy of mid-20th century highway construction and the present threat of infrastructural failure.

But wholesale demolition of urban highways remains unlikely, and the cities that have succeeded in removal have awaited a critical mass, such as pressing safety issues, or spent years fighting for political consensus.

The Congress for the New Urbanism (CNU), which has long been a proponent of more walkable and less automobile-oriented cities, hopes to quicken the process by identifying urban freeways primed for demolition crews. Following a similar report in 2010, CNU’s 2012 Freeways Without a Futures report lists 12 urban freeways throughout North America based on the following factors: “The age and design of structures, redevelopment potential, potential cost savings, ability to improve both overall mobility and local access, existence of pending infrastructure decisions, and community support.”

Here are the freeways listed:

The list features many names repeated from 2010, including the Claiborne Overpass in New Orleans and the Alaskan Way Viaduct in Seattle. Both of these freeways sustained massive damage from environmental catastrophes in the past 10 years that highlighted their vulnerability — and potential for removal.

Even in these most extreme cases, the option of removal has not yet been fully embraced. Seattle instead opted for a $2 billion dollar tunnel project, and planners in New Orleans are still struggling conjure up public support. By demonstrating the benefits of highway teardowns, CNU hopes to make these decision easier for both the public and city governments.

For a further look at the issue of urban highway removal, check out a February forum on the topic that Next American City hosted, as well as Yonah Freemark’s Forefront story on the rerouting of I-195 from downtown Providence, R.I.