How One Chicago Farmer Plans to Save America’s Favorite Fruit 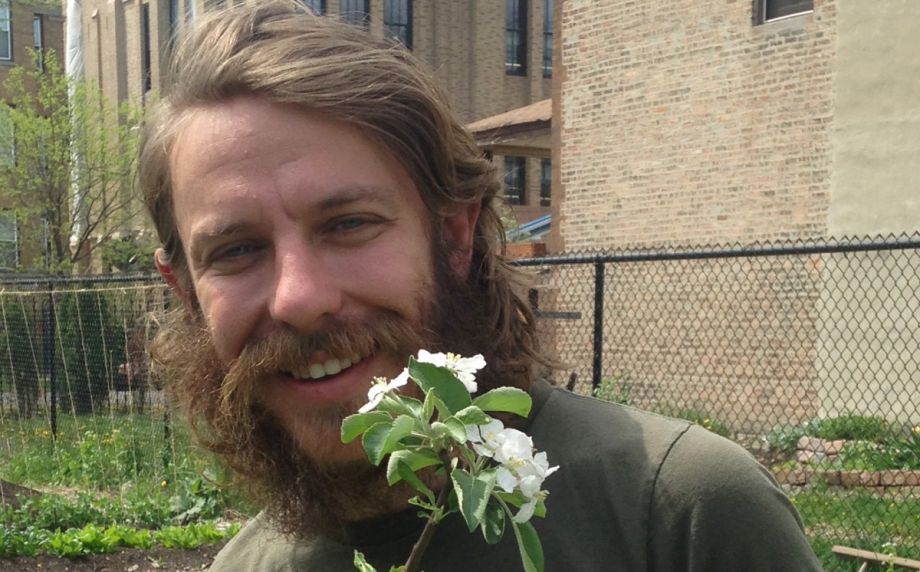 In 2008, after reading Michael Pollan’s Botany of Desire and the story of Creighton Lee Calhoun’s heirloom apple orchard in North Carolina, Dave Snyder became besotted with the history and antique varieties of the red-blushed orbs that have all but vanished.

“Did you know,” the urban gardener would ask friends, “that in the last 100 years, 90 percent of heirloom apples have disappeared?” It was as though the plight of apples had settled into his very core.

Then, shortly after his obsession with apples began, Snyder was riding a Chicago city bus to get to a party, and he kept noticing vacant lots. Suddenly he envisioned one as an orchard. As soon as he got to the party, he started talking about the idea and, by the time everyone was ready to leave, a group of naturalists, lawyers, environmentalists and urban farm workers had formed the Chicago Rarities Orchard Project (CROP).

Next month, after six years of working tirelessly to make the project happen, Snyder and CROP members will see Chicago break ground for the nation’s first rare varieties heritage orchard in the Logan Square neighborhood. This autumn, they’ll plant trees, vines and shrubs there.

Both a public space with benches, paths and commemorative tiles, as well as a lush garden of nearly 200 shrubs and fruit-bearing trees, Heritage Orchard, as it will be called, will produce apples and pears, cherries and other fruits such as the pawpaw, the Esopus Spitzenberg, and the Blue Pearmain (a blueish-hued apple!).

The bounty, Snyder says, will be shared with schools, churches and the needy as well as sold to chefs and the public at the local farmers’ market. The orchard will also be set up as an educational space where the public can volunteer and residents of all ages can learn about grafting, growing and the history of the apples.

Though the densely populated Logan Square has been targeted by the city as a place in need of open space, finding a site for the orchard was an early challenge for Snyder and the CROP members. Back in 2008, they scoured the city on bikes, with a map of vacant spaces in hand. None, Snyder recalls, seemed to call out orchard.

“After looking at several dozen sites, we hadn’t seen any place that would work,” Snyder says. “In jest and horror, someone … said ‘let’s just put it there’ and pointed … to a derelict, pie-slice of property laden with potholes and abandoned tires.”

He remembers seeing the sign hanging over the property (it’s still there) shouting “Future Site of Community Open Space,” with a phone number to call. He seized the moment, and contacted the Chicago’s NeighborSpace program, which was specifically designed for turning vacant lots into spaces like urban farms and community gardens. Through NeighborSpace, the city, after a project is approved, sells the land to the organization that has plans to use it greenly for $1.

After NeighborSpace transferred the Logan Square plot to CROP, neighborhood meetings were held, and designs were submitted and rejected. Initially, Logan Square residents wanted to make the space a parking lot. But once they saw that they would have not only an orchard but also a park and green space, they got behind the project.

Neighbors were also drawn in by the vision of nurturing rare species. In the 1800s, Snyder says, there were an estimated 16,000 varieties of apples grown in the U.S. There are now only 3,000 varieties, and even that number is declining yearly.

According to Susan K. Brown, a professor of horticulture who works in Cornell’s renowned apple-breeding program, city orchards were once common in cities, but they disappeared as populations boomed and building expanded. Landscape architect Jens Jensen, who helped create Chicago’s lush park system, was known for planting fruit trees for their beauty and to benefit wildlife.

But while city orchards are trending now — from London to Seattle — none boasts a devotion solely to antique varieties. Logan Square residents appreciate the unique contribution the orchard will bring to today’s urban agriculture trend.

“There’s nostalgia about older varieties, mysticism and romance,” says Brown. “They have a story. Who doesn’t want to try Thomas Jefferson’s favorite apple or one called ‘Seek No Further?’”

One recent morning, Snyder gave me a tour of the young trees he has been raising for the future Heritage Orchard. Seventy-five trees stand on a vacant parcel that was donated by a Chicago fireman in the city’s Garfield Park neighborhood. Many, having survived a brutal winter, are blooming with large white and pink flowers and will bear fruit this summer. The largest is only four feet tall, and there are at least 30 varieties.

“Having too few varieties is what led to the Irish Potato Famine,” Snyder warns. “By keeping heritage varieties growing, we’re creating fruit for the future.”

Jenny Stadler, who owns a clothing store just steps from where the orchard will flourish, is ready to bite.

“I can see myself going there after work and just sitting among the green,” Stadler says. “And noshing on an apple.”