Exhibit Showcases Design by the People for the People 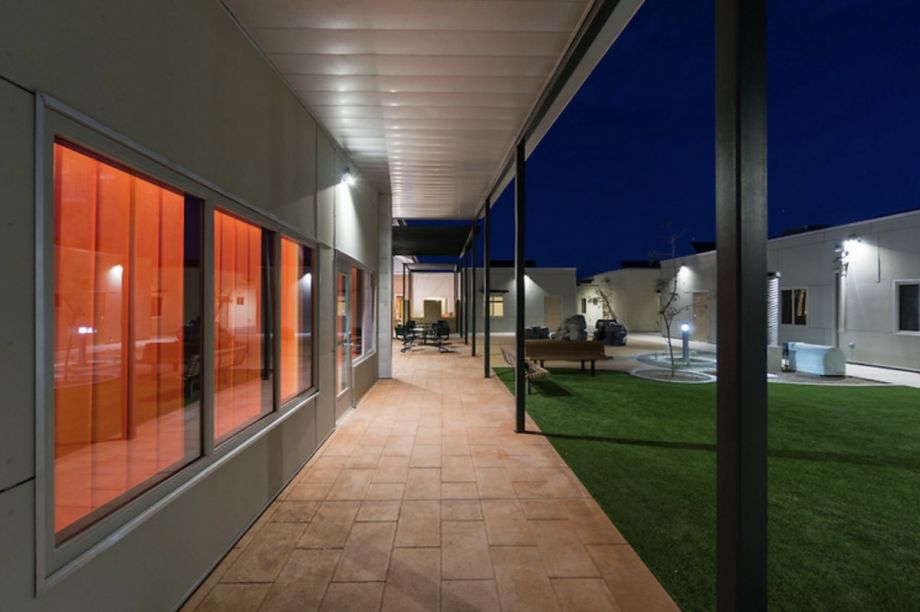 In largely low-income, largely Latino South Tucson, a community of grandparents who’ve taken in grandchildren approached a local foundation for support to design affordable homes to meet the needs of this evolving family phenomenon. The foundation reached out to a design firm and a landscape architect, who worked with the grandparents on plans for what became Las Abuelitas Kinship Housing, which now fills a set of once-blighted lots.

After decades of urban decline, Detroit Future City ​offers a 50-year blueprint for revitalization. In drafting the plan a few years ago, organizers used 26 different tactics to engage a diverse range of participants — youth to community leaders — to have a say in their future. One tactic included a radio call-in town hall, focusing on engaging senior citizens who might not be able to attend an in-person event.

When El Paso threatened to raze El Segundo Barrio, historians collaborated with residents and activists to create Museo Urbano, installing banners and a mural depicting historical figures on buildings to call attention to the significance of the neighborhood, saving it from destruction (although development today now threatens to displace residents).

All three of these examples are part of the newly opened exhibit, “By the People: Designing a Better America,” at the Smithsonian’s Cooper Hewitt Museum in NYC. Gathering 60 collaborative designs from throughout the United States, it’s the third installment in a Smithsonian series on socially responsible design (along with Design for the Other 90 Percent and Design With the Other 90 Percent: Cities).

Presented in the context of the more than 40 million people living below the federal poverty line, the country’s widening economic inequality and gaping holes in the social safety net, the featured projects represent community-driven or community-shaped responses to that reality. There are no silver bullets, but there is a common pattern: People in need are participating more and more in designing solutions to meet those needs.

“One of the questions that came up was how can we help people understand that they have agency in the world,” says Cynthia Smith, the Smithsonian’s curator of socially responsible design. To put the exhibit together, she spent around two years traveling around the country, meeting and interviewing people from a wide array of backgrounds, from nonprofits and community development staff, to designers and architects, to residents and grandparents. Many of them were very curious to see what people were doing in other parts of the country.

“If it was going to show up in the exhibition, I wanted it to be something that somebody somewhere else might want to think about and bring to where they are,” she says.

Some of the ideas on display have already been implemented and inspired others around the country. There’s Dudley Street Neighborhood Initiative’s Community Land Trust and the campaign to create it. While that wasn’t the first community land trust in the U.S., it’s certainly inspired many others to utilize community land trusts as a model for community-led revitalization as well as a bulwark against displacement after development gets going.

Other concepts were great on paper, but haven’t quite worked ideally in practice, such as Atlanta’s BeltLine, a rails-to-trail corridor ringing the city’s core.

“What I included in the exhibition was the concept, because the BeltLine concept is amazing. You have these existing assets, abandoned railways, and Ryan Gravel said we can create something with them,” says Smith. “But there’s this tension between this idea and market forces.”

Designers can create something beautiful and valuable to all people in the community, but market-driven real estate developers may look to capitalize on demand to live near such a new public asset, displacing existing low- to moderate-income households. Smith saw it herself, when she visited Gravel while curating the exhibit. The BeltLine vision had equity and affordability in mind, with a goal to unite Atlanta residents of all income levels and backgrounds. But Gravel himself just resigned from the board of the organization overseeing the multiuse trail’s construction over equity concerns.

“There’s all these cautionary tales. We have to continue to tell them,” says Smith. “And we need to continue talking about a respectful way to engage with neighborhoods.”

Some proposals in the exhibit start with a cautionary tale, such as one from Community Solutions, in Brownsville, Brooklyn. The neighborhood has a high concentration of public housing, much in disrepair and built in the “towers-in-the-park” style of the mid-20th century, when designers (without consulting community members) razed multiple blocks of lower-profile buildings and ripped up streets, creating huge tree-lined superblocks with high-rise towers scattered about. Deliberate or not, the trend destroyed many working-class communities of color.

“That was designers,” Smith admits.

Community Solutions proposes reintroducing the former streets as pedestrian pathways aligned with the surrounding street grid, and building new public housing in the open areas among the towers that current residents could move into, clearing the older towers to be renovated and modernized. It’s quite a contrast from a city proposal to build luxury housing in between the existing high-rises.

“A lot of the project proposals are meant to really start a conversation,” says Smith.

The design process, which is really an ongoing conversation, is just as important as the end product, according to Smith.

“Designers bring form to an idea,” she says. “Once you bring form to the idea, people begin to think about it in a much different way. You can help people understand what they value, and how that value can then manifest.”

The exhibit concludes with a Citizen Design Process Lab, where anyone can come in and learn how the design process works. Rather than starting with a problem to solve, the first step is choosing what your values are — diversity, equity, history, family, investment, health, education or safety. The lab then walks visitors through a process to identify whether those values manifest in their communities, through the built environment or through culture and institutions. If those values don’t manifest, visitors can leave behind mini proposals for how to adapt their communities to reflect those values.

“The design process is also about building or rebuilding relationships, sometimes between people who never would have talked to each other before,” says Smith.