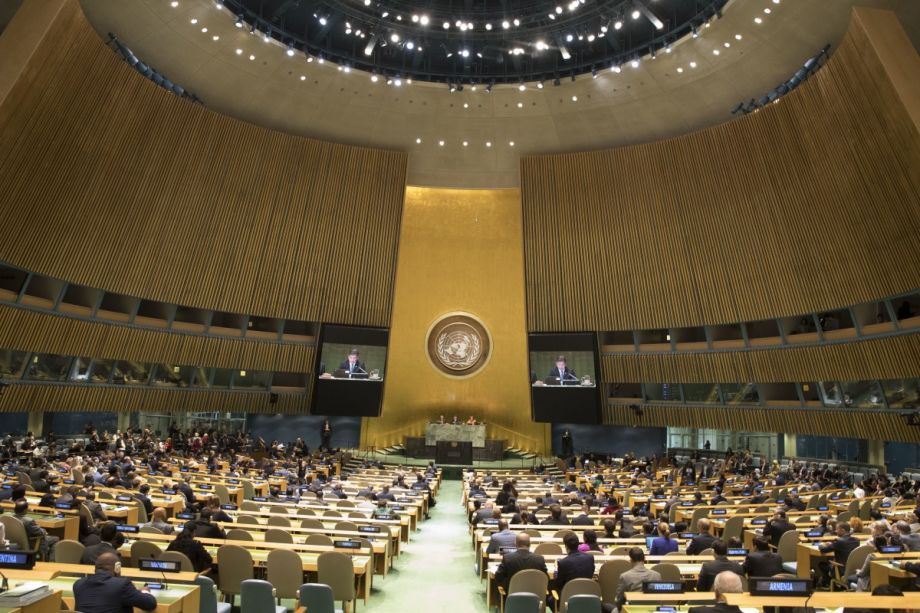 The 21st century presents us with two new and accelerating challenges: climate change and mass urbanization. The good news is they are connected in ways that solving for both can enhance our future and shape better lives for all. Livable cities lead to lower carbon emissions and dramatic improvements in social, economic and environmental impacts. Treating them and many of the other issues identified in the UN Sustainable Development Goals (SDGs) in isolation will never work; cities are the nexus of common solutions to our toughest challenges — poverty, economic development, social integration, environmental degradation, and yes, climate change.

While the UN is structured around worthy challenges — environment, water, women and poverty, to name a few — these agencies too often operate independently. The coalition created at Habitat III was a formative moment for the UN — it recognized, codified and elevated urban form to a profound, crosscutting role in the future of our global community.

The challenge is now to fulfill the vision of what’s been dubbed the New Urban Agenda — to find a way to restructure UN-Habitat to become a focal organization in the effort to build better cities and ultimately better lives. The secretary general appointed me to an independent, high-level panel to evaluate the effectiveness of UN-Habitat in relation to its normative and operational work, governance structure, financial capacity and ability to work with various stakeholders across national, sub-national and local governments. At the heart of our approach were three fundamental strategies: elevate UN-Habitat, integrate its operations across the UN, and refocus its activities.

1. Elevate UN-Habitat. To take on the seminal challenge of reshaping cities around the globe, UN-Habitat must be elevated. Its governance, activities, type of support and public identity has to expand beyond its historic practice. Instead of declining budgets and limited participation by member states, it needs interaction with and support from a much larger group; hence the recommendation to shift from a governing council of 58 to universal membership and governance by the UN General Assembly. And just like cities need support from many stakeholders, the panel saw the need for expanded participation from local governments, a broader range of stakeholder groups, and a growing array of institutions. In short, UN-Habitat’s role and public profile must be transformed.

2. Help UN-Habitat work with other UN agencies. The second strategy is to make sure the UN has a proactive way of coordinating urban policies and operations across all of its agencies. One way to accomplish this is through a new “UN Urban” arm proposed last month. Much like UN Energy, UN Urban would operate as a small, efficient platform in New York to facilitate inter-agency initiatives. This entity is not meant to replace or duplicate the work of UN-Habitat, but to integrate and streamline its efforts.

To seamlessly weave all three strategies together, UN-Habitat needs a new, energized governance structure starting with direct interaction with an urban assembly comprised of all member states. Urbanism is a global challenge, and therefore universal membership is central to its implementation and commitment. UN Habitat should also be directed by a new Policy Board of 20 member states, which would act as an executive board engaged in strategic planning, budget review and interaction with the urban assembly. This small, committed and focused policy board would coordinate the secretariat UN Urban and the existing Committee of Permanent Representatives made up of 94 members located in Nairobi. Finally this policy board would incorporate input of key non-UN stakeholder groups from representatives from metropolitan regions and cities to a range of related NGOs.

In the end, UN-Habitat must engage a broad range of groups and garner global attention and support to be successful. While cities are the nexus of many of our most dramatic challenges, they also represent the opportunity to resolve them with cross cutting policies, programs and urban design. In cities, individual actions can have multiple positive outcomes. The UN is the natural institution to lead the effort to create urban environments that are economically robust, environmentally sustainable, and socially just. A reinvigorated UN-Habitat is the means.

Peter Calthorpe is a world-renowned urban designer. His 30-year practice has helped solidify a global trend towards the key principles of sustainable urban development, Transit Oriented Development, and New Urbanism. Visit UrbanFootprint.io to learn more about Peter’s work as Principal and Co-Founder of Calthorpe Analytics.