Singapore Is Creating a Subterranean Master Plan – Next City 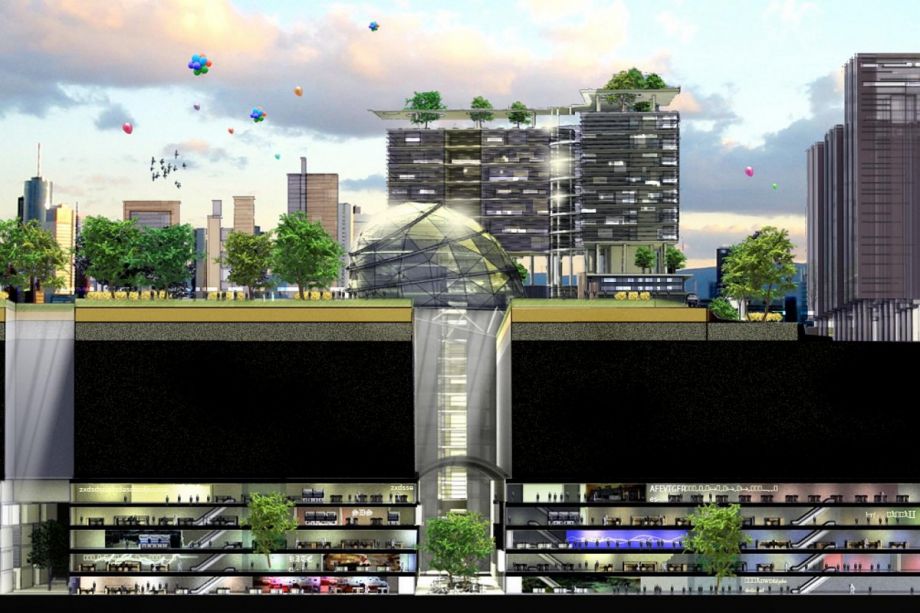 Yingxin Zhou works as a mining engineer in a country with no mines. He’s from Singapore, a city-state of 5.6 million residents spread over just 277 square miles. “We don’t have gold, oil, or diamonds,” he said at this week’s World Urban Forum 9. “But we mine something equally precious: space.”

The central government of Singapore, which sets ambitious goals for economic growth, envisions the population growing to 6.9 million by 2030 in order to keep up with GDP objectives. That means fitting another 1.3 million residents on an island three-fifths the size of New York City.

Singapore has been reclaiming land from the sea since independence, but that’s proving increasingly unsustainable in an era of global climate change and sea-level rise. So where else to go?

The country has been moving as much as possible below ground in recent years to free up space, making it a global leader in the underground urbanism movement. Beyond the obvious — like a subway system — a short list of assets that government planners have moved underground in recent years include the world’s largest district cooling system, a water reclamation system that conserves every drop, and even ammunition for the Singapore Armed Forces. Oh, and the country is doubling the size of its rail network, adding another 113 miles by 2030, all underground.

Singapore has invested $188 million in underground technology R&D and reformed its land laws so that homeowners own only the underground space up to their basement. This allows the government to use the deeper land without facing private property issues. It’s even working on an underground-space master plan. Prioritizing underground infrastructure despite its higher upfront cost upends some traditional notions about how to build.

“The default option for all utilities is underground,” Zhou said. “If you do not go underground, you must argue for it.” That kind of attitude would be music to the ears of those who lost their electricity during last year’s U.S. hurricanes, as American municipal utilities have been gun-shy about investing in more resilient — but more expensive — underground power lines.

Singapore is at the forefront of a global trend as rising urban density forces cities to think creatively about how to carve out additional space. For a city like Singapore, even putting something like a freight train on the surface seems like a waste of valuable real estate. So the city has built a 23-mile tunnel system to move goods between two aboveground industrial estates.

“When we get 20 hectares of land back, people will be more accepting of the idea of getting our city back from the infrastructure that has strangled it,” argued ARUP engineer Mark Wallace.

Space-starved Hong Kong, where there is no more flat land and height restrictions are hampering further verticality, is another early adopter. The city was honored at last year’s International Tunneling Association Awards for its proposed network of underground caverns that could store everything from cars to data centers to wine.

But Wallace looks to Scandinavia, where land is plentiful, as the progenitor of the underground space movement. Helsinki has been digging into its stable bedrock since the 1960s and was the first city to create an underground master plan as part of a strategy to combat sprawl — why grow out when you can grow down? In the Nordic cold, the subterranean warmth has also helped heat underground swimming pools. From hockey rinks to a church, the Finnish capital is home to an entire underground city, which also doubles as a training ground for the Finnish army should the Russians invade again. (To be fair, Montréal has had an underground city since 1962.)

While David Bowie’s character in the 1980s cult-classic “Labyrinth” sang that he wanted to live underground, humans aren’t exactly bats. Scandinavia has also been at the forefront of regulations for workers confined to underground spaces, mandating 30-minute aboveground breaks as part of its local labor regulations. Hong Kong, where Wallace is based, isn’t so kind. There, he said, the attitude is that spending hours underground “is part of the job and it just becomes second nature.”

Wallace also said there are human-centered design guidelines that can help alleviate the monotony and claustrophobia of underground spaces. The kinds of best practices that he promotes as chairperson of the Advanced Research Centers for the Urban Underground Space are vital.

“If you are going to build underground, you should do it properly,” he said. “Tall buildings are dead easy to take down. The underground? Not so easy.”