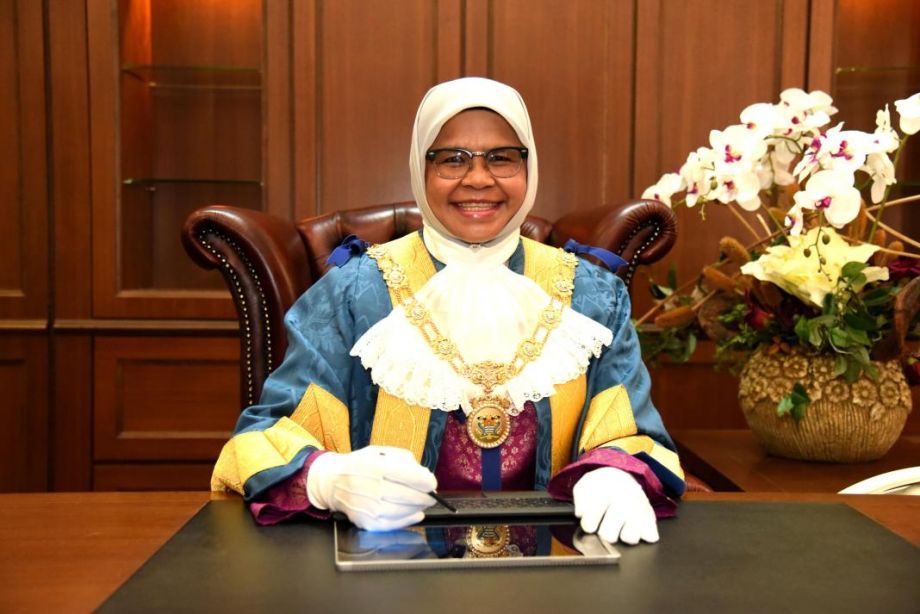 Next month’s ninth World Urban Forum in Kuala Lumpur will be a coming out event for Maimunah Mohd Sharif, one of the most prominent mayors in Malaysia — not because she will be showcasing her home municipality of Penang Island, but because she will be taking the helm of UN-Habitat, the United Nations’ lead agency on urban issues.

In December, UN Secretary-General António Guterres appointed Sharif, who had served just six months as mayor of Penang Island, an island city popular for its historic district with a population of 738,500. She was confirmed unanimously by the UN General Assembly. Sharif will be the first Asian, first Muslim, and second woman to lead the Nairobi-based agency.

A career town planner, she began working in the trenches of Penang Island’s Municipal Council in 1985. In 2003, she was promoted to director of planning and development, where she oversaw island-wide planning and urban renewal schemes for the island’s largest settlement, George Town. And in 2009, she became the first general manager of George Town World Heritage Incorporated, an entity formed to oversee the UNESCO World Heritage site at the historic colonial port, established in 2008.

Last year, she was appointed mayor by the state government — local elections were suspended in 1965 — but she barely had time to settle into that role before being confirming to her international appointment on Dec. 22.

Sharif described the new position, for which she was headhunted and did not apply, as “bittersweet” because it will mean leaving behind the plans she had made for Penang Island. “But it is a positive thing and an opportunity for me to work under the UN flag and deal with global issues,” she told the Malaysia Star.

In the weeks since her appointment, colleagues and peers from across the globe consulted by Next City have showered her with praise, calling her “a confident, reliable leader” and “very warm and highly personable.”

“Maimunah is a true local soul,” says United Cities and Local Governments Secretary-General Emilia Saiz. “She has important technical skills and has worked in the field on public space, resilience and all the challenges that cities need to face. She is an activist and true champion on the links between the global goals and the local actions.”

Several former colleagues pointed to the significance of appointing a woman to the leadership role. Cecilia Ng from the Penang Women’s Development Corporation called Sharif “a feisty person and very committed to her job” when the two worked together to establish a gender-responsive budget in the Penang town of Seberang Jaya in the early 2010s.

Anwar Fazal, chairperson of Think City, a Malaysian urban advocacy NGO, pointed out the symbolism of her background. “In this age of rampant Islamophobia, she would also be a great model of a Muslim professional woman wearing a headscarf leading a UN agency,” he says.

Fazal praised her efforts leading George Town World Heritage Incorporated. “She had to build it from scratch,” he says. “She worked with UN agencies and fully with civil society groups who she knew played the key role in getting the city listed as a heritage site of UNESCO.” Others see the UNESCO listing as too successful — The Guardian cited George Town as a case study of “Unesco-cide,” when heritage tourism overwhelms a historic community and destroys what made it special in the first place.

As she transitions to the international arena, Sharif will face bigger challenges. Chief among them: how to restore donor confidence in UN-Habitat. Last year, the agency’s governing body approved a two-year, $500 million budget for an ambitious global program of work that includes implementing the New Urban Agenda, a 20-year urbanization roadmap adopted at the Habitat III summit in 2016. But under the leadership of the outgoing executive director, former Barcelona Mayor Joan Clos, funding from member states has plummeted.

“I am sure she is perfectly aware that the donor confidence is just one of the many challenges she will face when taking the driver seat of the UN-Habitat,” noted ICLEI’s Yunus Arikan, who worked with her closely in the run-up to Habitat III and sees her background, personality, and leadership style as “an extremely valuable asset” in upcoming meetings with donor countries.

Early signs to that effect are promising. “Given that the secretary-general has proven to have a good hand in personal decisions and indications I got from people who know her are very positive, I think that there is reason for optimism,” says German diplomat Franz Marré. “We look forward to a personal meeting at World Urban Forum 9.”