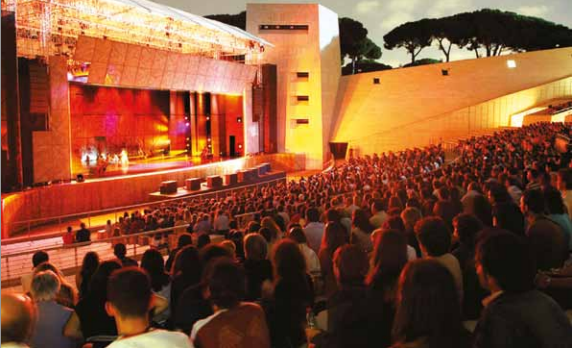 To open last week’s World Urban Forum, UN-Habitat released its annual State of the World’s Cities report, which this year takes on the issue of prosperity and advocates for a rethinking of how private lenders and public institutions evaluate development success.

Most notably, the report introduces a new indicator to gauge to success of cities. The City Prosperity Index (CPI) takes into account five dimensions of prosperity: Economic productivity, infrastructure, quality of life, equity and social inclusion, and environmental sustainability.

Conceived as an alternative to more traditional measures of development, like Gross Domestic Product and Gross National Income, the CPI seeks to provide a more holistic measuring stick to codify the vitality of global cities. As the report explains:

The UN-Habitat City Prosperity Index is unique in the world for two reasons: i) it focused on individual cities, as opposed to countries, and ii) it is concerned with prosperity measured across five dimensions, of which the local economy is only one, as opposed to the sole business environment.

While the ideas expressed here represent a significant rhetorical evolution — not only for UN-Habitat, but also for the larger dialogue about urbanized development — the report is constrained by its analytical limitations. With little examination of how the dimensions overlap and interact with one another, and with no policy recommendations, the CPI functions more as a platform than a serious development strategy.

An urban approach to development is nothing new. In 2009, the World Bank launched a new 10-year urban strategy offering a number of policy recommendations to help cities adapt to rapid urbanization. The Asia Development Bank helps fund the Cities Development Initiative for Asia, which supports infrastructure development in three major areas: urban environmental upgrades, poverty reduction and climate change mitigation. While the United Kingdom’s Department for International Development recently cut funding to UN-Habitat, it supports a range of other city-specific lending programs, including City Alliance, a global coalition of governments and development institutions, which provides funding for infrastructure development and slum upgrading.

Though relatively toothless, the new report represents a valuable balance between the approach of these large lending institutions and that traditionally of UN-Habitat. The CPI’s multifarious indicators offer an intervention to these development programs, which tend to focus on infrastructure and production without intentional strategies to address inequity.

The report also signals a more evolved approach from UN-Habitat on issues of economic growth. For many years, Habitat focused exclusively on housing and residential infrastructure, crises that are largely a consequence of inept economies in the developing world. With a system that values economic infrastructure and workforce production, it seems UN-Habitat has finally identified where the roots begin to this particular weed.

UN-Habitat predicts that by 2050, two-thirds of the world’s population will live in cities. The report asks pressing questions — How do we leverage cities into diverse economies that diminish inequality? How do we increase production while maintaining environmentally sustainable practices? — but its language too imprecise to do anything beyond reaffirm their importance. A serious, holistic approach to urban development is urgent, but in 2012, simply acknowledging this crisis is no longer good enough.