Leading Up to Habitat III, We Need to Take a Risk on the Truth – Next City

Leading Up to Habitat III, We Need to Take a Risk on the Truth 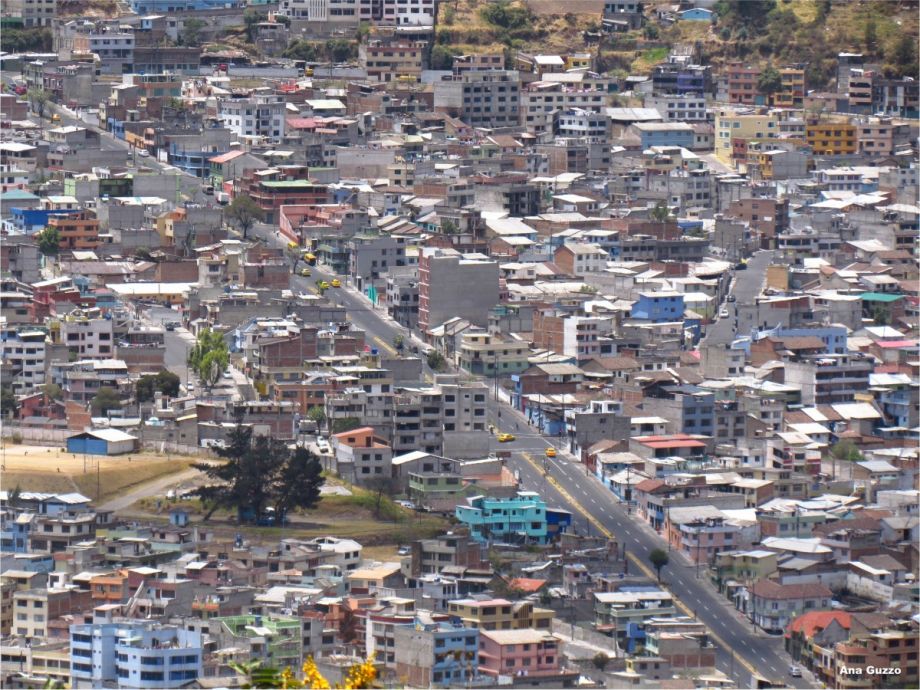 The UN’s Habitat III will be held in Quito, Ecuador, in 2016. (Photo by Anna Guzzo/Flickr)

“May you live in interesting times.” The proverb is both a blessing and a curse.

The last few weeks bear this out, with a number of 2016 candidates for U.S. president declaring their intentions, and the Pope issuing a groundbreaking encyclical on our environment. To be honest, I never thought I’d write about Chris Christie, Donald Trump and Francis I in the same sentence, but that saying gets you thinking.

At his recent presidential announcement, New Jersey Governor Chris Christie reintroduced himself under the banner, “Telling It Like It Is.” Those of us from the Garden State expect nothing less, but apparently this is a new and questionable approach in politics. Some hold that Trump went one further, only to find a number of his business contracts canceled.

Pope Francis had the audacity to ask people to think about the long-term consequences of our actions, and how they affect the poor and marginalized, citing a moral imperative to addressing climate change and improving urban planning. Some leaders who, in the past, relied on the Pope’s pronouncements on the sanctity of life are now calling his credentials into question.

It seems that “telling it like it is” can be an occupational hazard. But, can change happen without it?

Having spent almost two decades in state government and a decade in the nonprofit sector, I hold that we need more, not less, telling it like it is. The problem is not the “telling” but in the doing.

We all know the clichés. Talk is cheap. Put your money where your mouth is. Actions speak louder than words. Etc.

As we prepare for what I believe will be 16 months of consequential events and decision-making, I challenge our readers to speak up and act out. The 2016 U.S. presidential election will be preceded by national and international events that demand each of us engage in discussions and take actions, both big and small, to improve our communities, nations and world. COP 21, the global climate summit later this year, can produce a worldwide agreement and actions that stem the tide of rising sea levels, temperatures and anxieties. Habitat III, the UN’s international conference on human settlements set for Quito in 2016, is preparing a new urban agenda. And, we eagerly anticipate new forms of governance among the cities of the world, through a Compact of Mayors and even a possible Global Parliament of Mayors.

The talk and action don’t just have to be megascale. As we saw in this week’s Next City feature, bike advocates like Ivan Kaplan and city engineers like Dongho Chang in Seattle can make a difference in little and big ways. Challenging the status quo both inside and outside of government can be fraught with life-altering consequences. Ivan and Dongho risked their personal lives and professional careers to advance a cause that they believed in. And they are leading the charge to transform our transportation institutions and force civic leaders to think differently and act with conviction.

Next City will continue to highlight the words and actions of change agents. And, we will be covering the major decisions and events around the country and throughout the world that are transformative. As we plan for our 2016 Vanguard program, we will also empower over 350 urban leaders who have participated in our conferences over the last seven years to continue to make a difference.

In these interesting times, I look forward to leaders at all levels telling it like it is. The conversations will range from liberal to libertarian, radical to reactionary, and everything in between. Judge them not only by their audacity, but also on their actual record of investment in infrastructure and human capital.

We all have a stake in decisions that affect our future. Fifteen years ago, when then N.J. Governor Christine Todd Whitman delivered her 2000 State of the State address, she built on Tip O’Neill’s famous “all politics is local” saying. Let her words echo over the next 16 months: “If all politics is local, all policy is personal.”