Uber, Lyft as Paratransit? Union Says Not So Fast – Next City

Uber, Lyft as Paratransit? Union Says Not So Fast 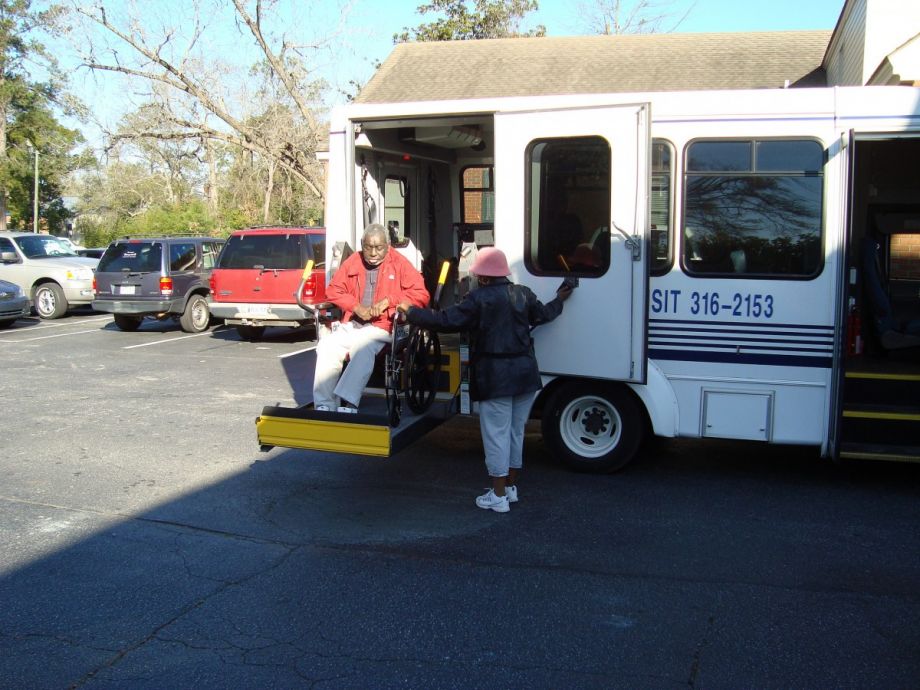 Paratransit is expensive for public transit agencies to provide, but some argue ride-hailing companies aren't equipped to do the job. (Credit: Valdosta-Lowndes MPO)

Last week, the Amalgamated Transit Union (ATU) issued a blistering critique of recent calls for cash-strapped transit agencies to partner with Uber or Lyft to provide demand response paratransit services at a lower cost. If it’s so expensive for transit agencies to provide door-to-door service to Americans with disabilities, and ride-hailing companies are already doing it so cheaply, the argument on the pro side goes, why couldn’t the two work together?

Specifically calling out a Brookings Institution​ study that made the case for how such partnerships could save money while improving service, the ATU published its own paper, arguing that position fails to consider the specific requirements of paratransit vehicles and “unwittingly promotes the segregation of transportation for people with disabilities and the elimination of labor protections for an already devastated workforce.”

The ATU takes issue with four major aspects of the Brookings study, arguing that it fails to identify what makes demand-response service so expensive in the first place; ignores the labor practices that keep Uber’s and Lyft’s costs low; does not consider recent experiments with privatizing paratransit service; and does not consult with the experts who work in and rely upon demand-response services as they exist today.

Under the Americans with Disabilities Act, transit agencies are required to provide demand-response service — publicly funded, non-fixed route transit for people with disabilities — to people who can’t access existing transit options. Under the ADA’s regulatory requirements, paratransit drivers are required to be specially trained in assisting passengers, securing certain types of wheelchair models, and operating the paratransit vehicles, which are equipped with specialized lifts, doors, seating, GPS, and dispatch systems.

All of this contributes to high costs, even as it ensures the safety and mobility of passengers with disabilities. Lyft and Uber, on the other hand, keep costs low through means the ATU argues aren’t applicable to demand-response paratransit service: Drivers are considered independent contracts with few barriers to entry and no workplace training; they operate best in dense areas with high smartphone use; and they make use of idle, non-specialized vehicles. In order to serve disabled populations, drivers would need training and to retrofit their vehicles to be ADA accessible or purchase new cars outright. These are expenses that Uber and Lyft don’t pay today, so the ATU questions whether their models’ savings would truly translate to paratransit.

The union cites a recent example from Washington, D.C. The city experimented with off-loading some rides from its paratransit service, MetroAccess, to accessible taxicabs, an approach that decreased wait times and was popular with users. Instead of expanding on that system, however, the transit agency proposed AbilitiesRide, which would depend upon partnership with ride-hailing companies. Disability advocates called foul. The proposal still did not require these companies to comply with the ADA (Uber and Lyft claim they’re immune) and did not provide recourse for passengers who felt they’d been discriminated against. Under it, service providers were required to include “some” wheelchair accessible vehicles in their fleet, but not all, which advocates worried could mean longer wait times or lesser service for wheelchair users. That could result in a two-tiered system, in which wheelchair users must continue using MetroAccess, which requires a 24-hour advance reservation. They also worry that the language does not require service providers to allow hailing by telephone, which would leave users without a smartphone or Internet access in the lurch.

The Brookings report estimates that transit agencies could save $1.1 billion to $2.2 billion per year using ride-hailing companies for paratransit, based on an average $13 to $18 per ride. But the ATU contends that those numbers, based on the costs of currently inaccessible Uber and Lyft services, can’t accurately model the costs of a system that will require major changes in employment, fare, and service models.

By replacing already underpaid drivers, many of whom are already employed by private companies contracted by the public agencies, with independent contractors, ATU argues workers will fare no better, and possibly worse, with less training, less income stability and fewer career prospects within the industry.

But despite dissent with proposed solutions, the problem remains: Paratransit is already suffering from a lack of resources and an outdated provision model that doesn’t serve riders or employees well. How does ATU recommend meeting that challenge? Develop a more sophisticated, real-time Uber-like interface for transit agencies to use internally to streamline routes and make pickups quicker. Implement flexible zone systems to decrease the amount of time vans spend driving around empty. Invest in programs to train riders with disabilities who do not require wheelchair-access vehicles but may not feel comfortable accessing existing transit on their own. Provide better worker protections, higher wages and greater benefits for paratransit workers to reduce turnover.