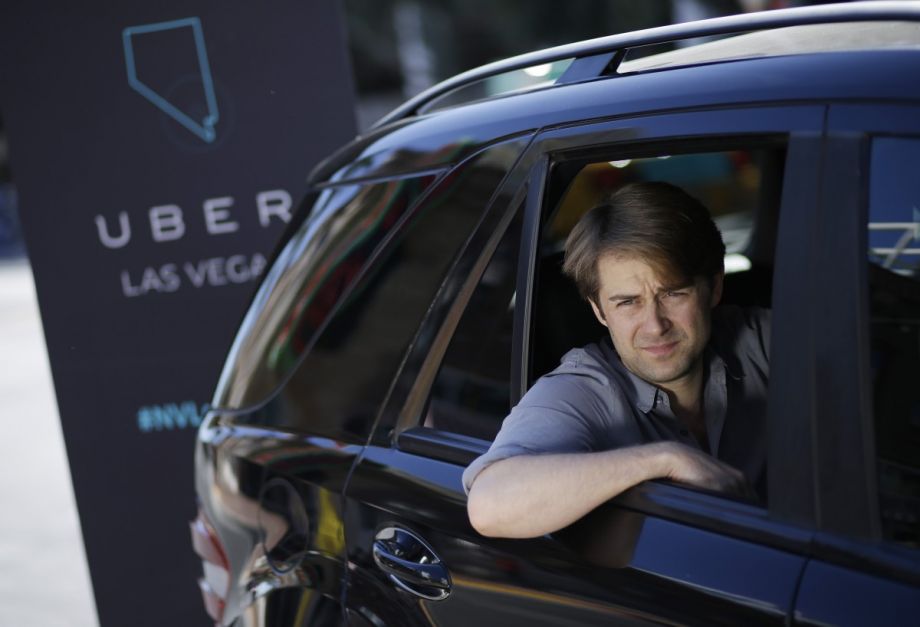 When Uber launched in Las Vegas last Friday, it did so with a surprising goal. Vegas’ glittery gambling strip seems prime real estate for the ride-service company; it’s full of people a plane ride away from their cars. But instead of targeting customers at the city’s airport or casino resorts, Uber decided to serve residential Las Vegas, characterized by sub-divisions instead of castle turrets and Parisian towers. Uber’s market focus, spokesperson Lane Kasselman told the Las Vegas Review Journal,” would be the people who lived and worked in Sin City.

Of course, some of the people who live and work there make up the region’s booming taxi industry, which provided 26 million rides last year alone, according to the Nevada Taxicab Authority. For those companies, Uber’s launch was — not surprisingly — met with little enthusiasm. But because the local industry is both highly regulated and largely unionized, employing around 9,000 people, it’s worth looking at how those employed by its “sharing economy” competitor would fare by comparison — and whether the two actually could operate side by side.

“The focus for us is on the fact that you have an industry that hasn’t been serving the people that live and work in Vegas.” Later in the article, he was quoted as saying: “We think regulators will recognize this unmet need and will be supportive of our efforts to address the problem.”

On Friday, officials impounded the cars of 10 drivers providing rides through the Uber app, and each currently faces up to $10,000 for supposedly violating state law. Regulators want Uber to register with the state, which would mean criminal background, safety and maintenance checks as well as some insurance requirements, according to Nevada Taxicab Authority spokesperson Teri Williams. But Uber calls itself a mere tech platform for ride-sharing, and claims that it shouldn’t need to register. A legal hearing will take place this week.

Still, Kasselman did have a point: About 95 percent of cab rides begin around the airport, convention center or strip. Residential Vegas is so far underserved by the taxi industry; and a whopping 78 percent of residents don’t use public transit to commute either, but drive to work alone. Obviously, the city could use more options.

But should Uber be one of them? Last month, an official for San Francisco’s transportation agency reported that average monthly trips per taxi have dropped nearly 65 percent between 2012 (the year Uber began operating) and 2014 — from 1,424 to 504. “Uber has pretty much destroyed regular taxis in San Francisco,” a headline for Time.com stated.

In Vegas, the industry is perhaps more impermeable. With only 16 companies employing around 9,000 drivers in Clark County, it’s both centralized and highly regulated; a state board oversees everything from fares to the number of vehicles authorized per company. And, with Vegas rated best in the nation for cab service by at least one trade outlet, it’s not Uber’s birth city of S.F. — where even the mild-mannered voices of public radio have been known to take a shot at notoriously unreliable yellow cabs.

Still, San Francisco’s numbers are worrisome to the Vegas industry, especially because it claims to have a long history of protecting its workers.

Eighty percent of local workers are unionized, according to Bill Shranko, CFO of the region’s Yellow Checker Star. Drivers receive health benefits, paid vacation and matching funds for social security and take home between $800 and $1,000 a week after taxes, depending on whether they’ve worked a five- or six-day week, he claims. Documents from the state regulator back this last statement up; on average, workers made $285.20 per shift in September.

“They’re trying to sell a bill of goods,” Shranko says of Uber. He points out that its drivers need to provide their own vehicles and gas. He also worries about income taxes going unpaid, though according to Uber’s website, drivers are required to file their own taxes, being more or less self-employed.

According to the Washington Post, Uber drivers working a 40-hour week make a median of $74,000 and $90,000 in San Francisco and New York respectively. Meanwhile, in 2012, taxi drivers nationwide made an annual wage of $23,000 according to the U.S. Bureau of Labor Statistics.

But Uber’s stated median wages have since been contested by journalists, protesting Uber drivers and their attorneys in recent months. Slate recently did the math based on an UberX driver’s earnings (the cheapest Uber service), and estimated that he was making around $12 an hour, which would translate to about $144 for a Vegas taxi driver’s 12-hour shift. Driver rallies in Los Angeles, Seattle and San Francisco over the last year have drawn attention to wages — and whether they actually can compete.

In Las Vegas, the issue of future competition and undercutting is somewhat of an “apples and oranges” scenario, says Williams. In some regions, cab drivers are independent operators, meaning that they can slash their prices at a personal expense to compete with a cheaper competitor. But in Nevada, drivers are employees of the cab companies and governed by wage and labor laws.

As self-employed workers, Uber drivers would not be bound by those laws, which could be viewed as a good thing — or not, if the Washington Post’s more recent reporting on Uber drivers’ low take-home pay is accurate.

For now, Uber’s future in Las Vegas is uncertain. Certainly, a market for ride-sharing exists, and perhaps residential Las Vegas will see the startup’s benefits in time. But currently, Vegas-beyond-the-strip is home to the workers, employers and regulators of a large taxicab industry. It’s not going down without a fight.