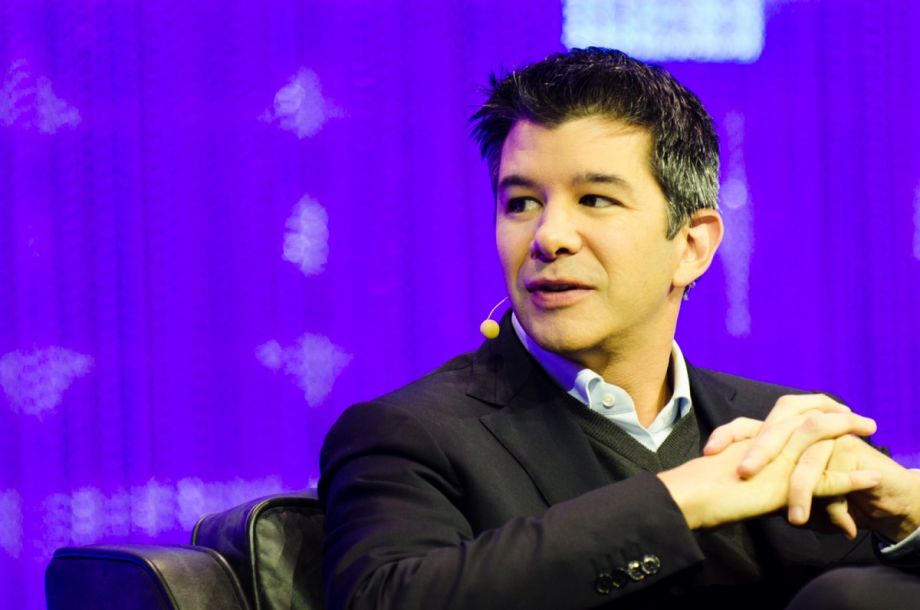 “Joining the group was not meant to be an endorsement of the president or his agenda but unfortunately it has been misinterpreted to be exactly that,” Kalanick wrote in an email to employees. “There are many ways we will continue to advocate for just change on immigration, but staying on the council was going to get in the way of that.”

Uber came under fire over the weekend for its response to Trump’s travel ban on immigrants from seven Muslim-majority countries. During an hour-long taxi drivers’ strike opposing the ban Saturday evening, Uber turned off surge pricing, which many saw as an affront to protesters. The Twitter roar that followed was as swift as it was loud, with thousands of users posting screenshots of why they were deleting their Uber accounts with the hashtag #deleteuber.

I’ve refused to use Uber since they bullied ATX. Working with Trump & refusing to strike against #MuslimBan was the last straw. #DeleteUber

Make sure you STOP using @Uber - delete the App - they are scabbing while NYC cab drivers are striking at JFK in support of America. https://t.co/wz53iV0ZCK

According to the New York Times, more than 200,000 users deleted the app over the weekend. Uber competitor Lyft pledged $1 million to the ACLU and briefly overtook Uber in new downloads for the first time ever. It should be noted that Lyft has deep ties to the Trump administration.

While 200,000 is a small fraction of the company’s 40 million active users, the company’s response to the travel ban seemed to be the last straw for many who had long been frustrated with the company. That includes Uber drivers, many who are themselves immigrants.

A petition calling on Kalanick to step down from Trump’s council was issued by a group that represents NYC’s nearly 50,000 Uber drivers Thursday, and so far has gained 800 signatures. The Independent Drivers Guild in New York’s petition also calls on Uber to take other steps to actively oppose the ban, including contributing to nonprofit organizations fighting the ban and stating publicly that drivers will not be penalized for acting in protest of the ban, such as through rejecting pickups at international airports. The petition also called on the company to offer in-app tipping, a long sore spot among drivers.

“There would be no Uber without immigrants,” said IDG founder Jim Conigliaro Jr., in a statement. “As a company whose success is built on a foundation of hard work by immigrant workers, Uber can and should do better to stand up for immigrants and their workers.”

According to IDG, nearly 90 percent of drivers in NYC said the ban will directly affect them, a friend or a family member. One of those drivers is Brooklyn-based Ibrahim Ali, who came to the United States from Sudan. “The ban means I cannot visit my parents and they cannot travel to the United States to see us or to receive advanced medical care,” Ali said in a statement. “For families like mine, every dollar goes towards either my brother’s education here in the U.S. or to support my family abroad.”

Kalanick was also facing criticism from employees who felt his participation in the council was a sign of support for the president and his administration’s agenda. According to the New York Times, staff members circulated a 25-page Google document titled “Letters to Travis” Wednesday telling the CEO how his “willingness to engage with the administration had affected them.”

Kalanick’s move could put pressure on other CEOs to leave the council in protest of Trump’s immigration ban. A number of companies are expected to take part in a meeting with the president Friday, including General Motors, JPMorgan Chase, IBM and Walmart.

Tech CEOs have faced particular pressure, as many Silicon Valley leaders are themselves immigrants and vocal advocates for globalization. Tesla CEO Elon Musk posted a statement on Twitter Thursday evening saying he’d be attending the meeting. “Advisory councils simply provide advice and attending does not mean that I agree with actions by the Administration,” he wrote. “I understand the perspective of those who object to my attending this meeting, but I believe at this time that engaging on critical issues will on balance serve the greater good.”

The White House released a statement Thursday evening stating that Trump “understands the importance of an open dialogue with fellow business leaders to discuss how to best make our nation’s economy stronger.” The statement did not mention Kalanick or Uber.