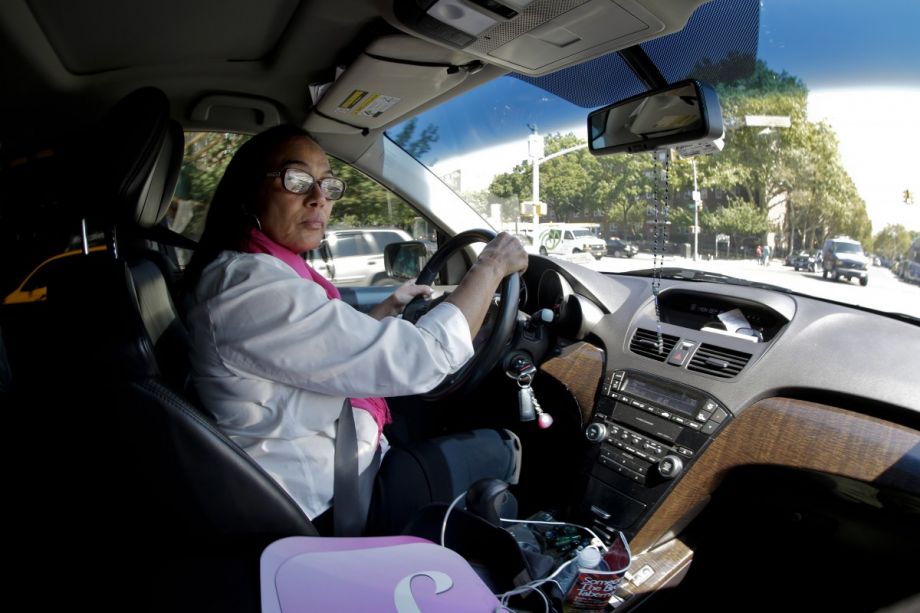 A driver for SheRides, a taxi company that hires only female drivers (AP Photo/Julie Jacobson)

A former Boston Uber driver and his wife are launching a ride-hailing app just for women, reports BostInno. Men will be allowed neither as passengers nor as drivers for the new platform, named Chariot for Women, which will launch nationwide on April 19.

Founder Michael Pelletz came up with the idea after experiencing many rides he felt were unsafe for himself or his passengers. If he felt uncomfortable driving an extremely drunk male passenger, he wondered how a female driver would handle the situation.

All Chariot for Women drivers will get background checks before being accepted, and passengers will receive a “safe word” by text before they enter a vehicle. If the driver doesn’t know the right word, the passenger knows not to get into the car.

Women make up about 60 percent of taxi riders, but only 2 percent of drivers, according to NYC-based SheRides, which operates a taxi fleet staffed exclusively by women. That app asks potential riders if there is a woman in their party, and redirects users to other car services if they answer no.

The company has been able to address gender-discrimination claims by rerouting requests this way. It’s unclear how Chariot for Women would respond to similar charges. Civil rights lawyers interviewed by the Boston Globe said the model is probably illegal.

“There’s nothing wrong with advertising particularly to a female customer base,” said one lawyer. “But if a company goes further and refuses to pick up a man, I think they’d potentially run into legal trouble.”

Another said, “To limit employees to one gender, you have to have what the law calls a bona fide occupational qualification. And that’s a really strict standard. … For gender, it’s not enough to say, ‘we really just want to have a female here because our customers prefer that to feel safer.’”

Safety for female passengers has been an ongoing problem for companies like Uber and Lyft. Massachusetts is considering a bill that would mandate fingerprint checks for the companies’ drivers; New York and Houston already require that. An Uber driver was convicted in Boston last month for assaulting a 21-year-old female passenger. She is one of two women suing Uber in federal court for what they allege are improper safety screening practices.