Two Words Are Missing From the Economic Development Conversation – Next City

Two Words Are Missing From the Economic Development Conversation 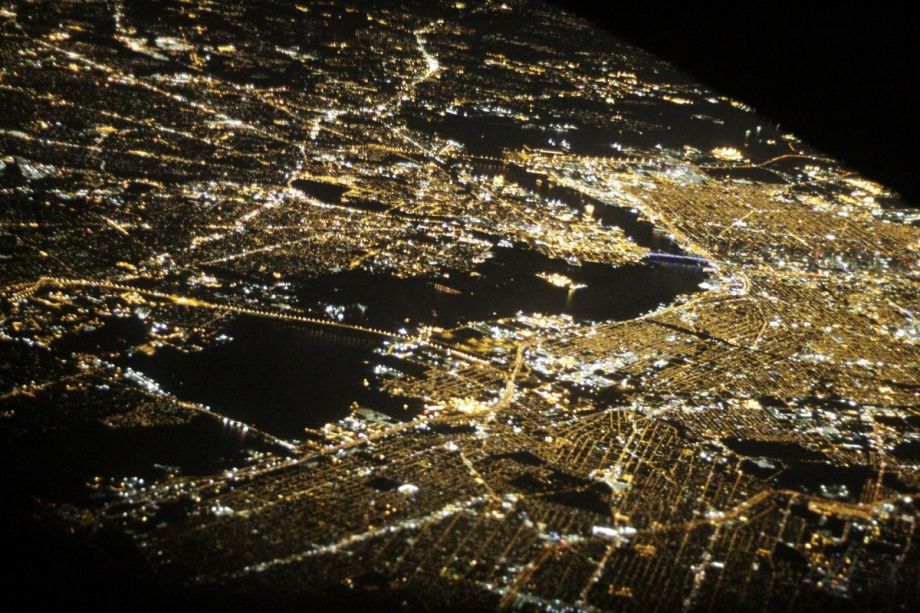 People were investing in their communities long before government intervened with its own notions of what “good economic development” looks like. Yet today, when we talk about models for strengthening the financial health of U.S. cities, we mostly talk about large infrastructural projects that expand the tax base. We talk about major capital investment, but little about investment in a city’s people. It’s time to change the collective understanding of what we call “economic development.” It’s time to permanently attach the words “inclusive” and “equitable” to the very framework of economic development.

The arrival of office buildings, tech hubs and new restaurants gives the appearance of economic vitality — referred to by economist Rachel Meltzer as “economic upgrading” — but these changes do not lead to meaningful gains in employment for longtime residents in neighborhoods that have long dealt with disinvestment. Rather, new jobs that are created as a result of economic upgrading end up going to new residents, providing the wages and salaries that allow gentrifiers to afford high rents. Longtime residents of neighborhoods that have been “upgraded,” often people of color, don’t get the new jobs popping up in the neighborhood. And the jobs that already existed and employed these residents disappear as long-standing employers are displaced. Residents then need to look outside their “upgraded communities” for new jobs for lower pay. In short, longtime residents of a neighborhood who experience economic upgrading end up displaced or traveling farther from their homes to go to jobs that pay less, all while the harbinger of supposed economic opportunity ultimately leads to higher rents and increased threats of displacement in their communities, all under the guise of “revitalizing” a neighborhood.

Picture this (a scene you may have already watched play out in your city): A city official announces a massive new infrastructure project and excitedly claims that it will finally spur economic development and “bring vibrancy” to a certain neighborhood. The area is likely majority immigrant or people of color. The people who live there might already see a bustling commercial corridor and a large park. They hear the sounds of music and conversation in multiple languages drifting through the streets, and people of all ages and ethnicities work and live together. By most accounts, it’s already a pretty vibrant place. But it’s missing tech co-working office spaces, $5 lattes and an influx of capital. This makes it a prime target for economic upgrading.

This process is well underway across neighborhoods from New York to San Francisco. Though New York City’s economy has seen enormous growth over the past decade, a lack of affordable housing, coupled with a dearth of good-paying jobs, leaves low- and moderate-income New Yorkers in a precarious state. Despite a 4.4 percent unemployment rate, the lowest the city has seen in five years, New York experiences one of the highest rates of inequality of any city in the U.S. and has lost 3 percent of its middle class since 2000. One in five New Yorkers lives below the poverty line, while the top 5 percent of Manhattanites in terms of wealth earned more than $860,000 in 2014. People of color experience unemployment at an average of twice the rate of white New Yorkers. A recent report revealed that rents in New York City rose twice as fast as wages between 2009 and 2017. Surveillance and constant policing of communities of color, leading to mass incarceration, are on the rise as neighborhoods gentrify citywide.

As neighborhood institutions like small businesses, libraries and community centers shut their doors, New York has quickly grown unrecognizable. Any moderate-income New Yorker witnessing the rise of shiny office buildings and big box stores in place of small businesses will tell you that the rent remains too high, pay remains too low and the fear of displacement remains constant.

So what do we do? Ultimately, it comes down to who and what we value as legitimate participants in a city’s economy, and what we value as its lifeline. What catalyzes robust city life? Is it merely down to the numbers, the amount of financial investment it can attract? Or is it about its people?

In New York, our framework is ever expanding. Facing displacement of small businesses across the five boroughs, communities have started reframing the conversation around the concept of the small business itself. It’s not just a place to grab a meal or run to for toilet paper and a carton of milk; these are places where communities convene. The bodega gives a young single parent food and diapers on credit when they’re running low on cash. The restaurant around the block serves as a de facto town hall, where politics — whether international or domestic, whether that of the city or the neighborhood — will be discussed. The street vendor acts as the eyes and ears of a community. The grocery store down the street is an employment training center, where young teens from the area have their first experience with work. When these businesses disappear, a neighborhood’s culture disappears and when this happens at scale, a city’s entire identity shifts. Community displacement is cultural displacement.

This is especially true in communities of color and immigrant communities that have historically received little city funding. In the absence of official bureaucratic support, they built their safety nets for themselves through personal and community bonds. Community members become cultural producers, the architects of a neighborhood’s heart and soul. In the face of ever-expanding gentrification and displacement pressures, it’s time that cities recognize the agency of these communities and actively integrate existing neighborhood economies in ambitious, large-scale visions for comprehensive economic development.

Grassroots organizers and advocates are pushing for a more holistic vision of strong communities and economic development, reframing everything from what constitutes a small business to how loans and funding are distributed to what ownership of land looks like. These organizers are community members who are best poised to make decisions for themselves and for their neighborhoods.

In order to create truly inclusive, forward-thinking and comprehensive development that benefits all residents, cities need to reframe economic development and prioritize the needs of residents over the simple lure of financial investment. Cities need to create meaningful protections that preserve the culture of a place rather than uproot it, replacing it with soulless office buildings under the misguided but well-meaning guise of bringing “vibrancy” to a community. They need to reframe the definition of good development. Yes, cities should bring needed infrastructural upgrades to neighborhoods, especially in communities that have historically been overlooked. And yes, cities should prepare for the new employment landscape as the nature of work shifts. This is part and parcel of the traditional economic development strategy. Traditional economic development invests in a place — but attach the words “inclusive” and “equitable,” and the picture broadens. Equitable economic development doesn’t invest in a place without investing in its people.

Lena Afridi is the policy coordinator for equitable economic development at the Association for Neighborhood and Housing Development. Lena analyzes, researches and helps implement policies that address racial and economic inequality in New York City. With a background in labor organizing, immigrant rights and city planning, Lena is committed to equitable and just cities. She holds a B.A. from Mount Holyoke College and a Master of Regional Planning from Cornell University. She is a Next City Vanguard.