Two Thirds of California’s Developed Land Is Under Extreme Stress 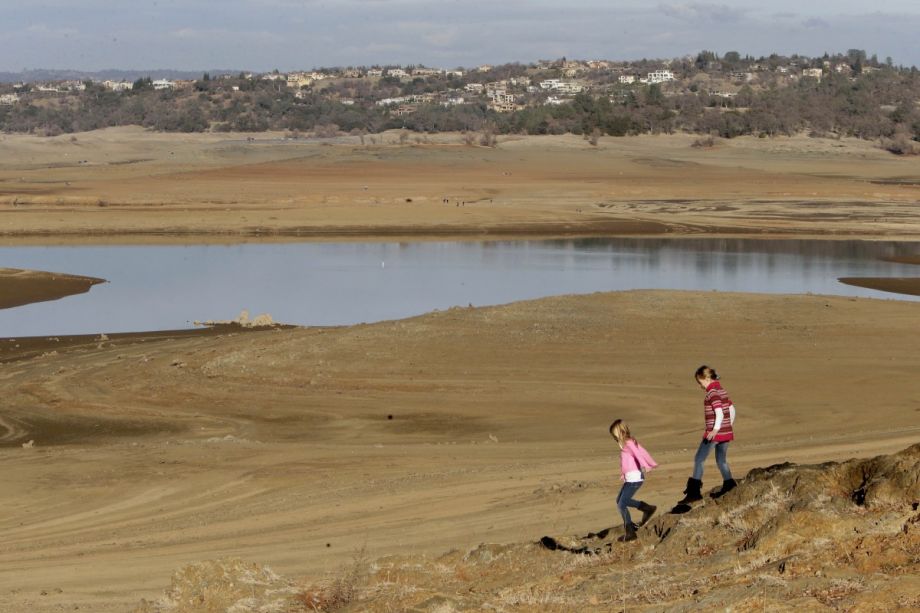 The other day, a woman standing on a street corner in Berkeley, California, was hit by lightning. (She was, remarkably, just fine.) Thunderstorms are rare in the Bay Area, but this one was welcome, lightning strikes aside. It was part of a weather system that dumped as much as two inches of rain on the East Bay hills, which have been parched by a three-year-long drought that has affected the entire state.

That rain, however, wasn’t enough to turn things around for a state that is facing its worst water crisis in memory. Nor was the snow that fell this year in the Sierras, where the snowpack measured just 32 percent of average at the end of a wet season that started late and never really got going. Some communities are running short on drinking water. Farmers are letting fields lie fallow. The next threat, as this not-so-wet wet season comes to an end, is fire.

As bad as the drought is, however, it is not the only reason for the water crisis in California, experts at the World Resources Institute say. The state has one of the most complicated water systems in the world, according to WRI, and that system is constantly juggling the competing demands of the powerful agriculture industry, booming cities and fragile ecosystems. Even without drought, it is near its limit.

According to WRI’s research, 66 percent of the state’s irrigated agriculture is facing “extremely high levels of baseline water stress,” meaning that 80 percent of the available water supply is already being tapped by users — including farms, homes, businesses, and energy producers. With usage like that, there’s no margin for dry spells.

“You really want to take a step back and look at the big picture in California,” says Paul Reig, who leads the design and development of WRI’s Aqueduct Water Risk Atlas. “Our analysis indicates that much of California is under water stress. The total water withdrawn annually every year is really close to meeting the renewable supply in the state of California. And we’re not just looking at one year, we’re looking at 50 years of data.”

Water has a history of being a hot political issue in California, and this drought is no exception. In January, House Speaker John Boehner recently made a trip to the state to frame the water debate as “fish vs. farmers,” up the anti-environmentalist rhetoric that gets tossed around whenever water runs scarce. Politicians such as Boehner see opportunity in presenting this as a case of competing causes. Their rationale is that diverting water from protected ecosystems, such as the Sacramento River Delta, where the endangered delta smelt swims, will solve the irrigation shortages faced by farmers in the Central Valley, where water storage has dropped by 5.3 trillion gallons over the course of the current drought. It won’t be that simple, says Reig.

Despite the kind of grandstanding embodied by Boehner’s trip, California is taking real steps to manage and balance its precarious water reality. The state recently passed a $687 million drought plan, including $472 million for conservation and recycling efforts. Reig says the focus on better use of existing resources, rather than chasing after new supplies, is a step in the right direction. As he and his colleagues wrote in a recent blog post:

Reig says that after generations of failing to face the finite nature of water resources, California – and other water-stressed regions around the world – are beginning to confront the new reality head-on.

“I do think that stakeholders in California are increasingly reaching the realization that [managing demand] is the road forward,” he says. “You only have so much water. You have to think how we’re using water and if we’re doing it in the most efficient way possible. It’s a huge opportunity for technology and investment.”