Two Cities Aim to Curb the Privatization of Public Spaces 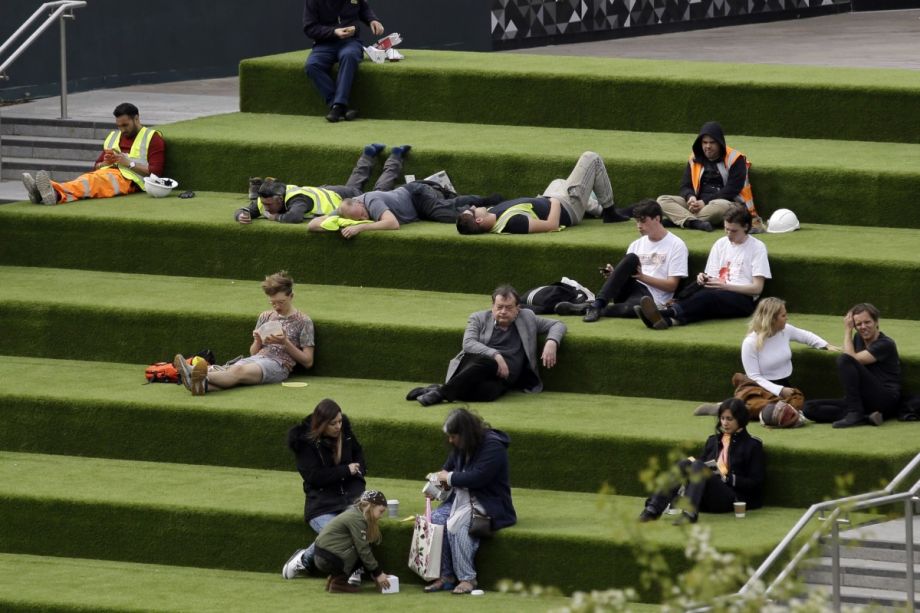 Following investigations in London and New York earlier this year, officials in both cities have announced legislation to regulate privately owned public spaces, or POPS.

London Mayor Sadiq Khan has announced that he will draw up a charter governing the “rights and responsibilities” of POPS’ owners and users, the Guardian reports. Khan’s announcement follows a Guardian investigation that highlighted a hodgepodge of murky rules regulating such spaces, which included the site of City Hall itself — owned, as it turns out, by the Sovereign Wealth Fund of Kuwait (Next City covered that investigation here). Because private entities own the spaces, security guards can bar members of the public from holding protests or taking photos.

Meanwhile, legislation that passed the New York City Council earlier this month aims to hold local landlords accountable for their POPS. The rules — part of a package authored by Council Member Ben Kallos — would require additional signage in all POPS areas detailing amenities and hours of operation, and include a website address where visitors could find out more information and register complaints. Landlords who don’t comply could face fines of between $4,000 and $10,000.

That legislation comes seven months after NYC Comptroller Scott Stringer released a blistering audit, which found that of the 333 sites surveyed, 182 were not compliant with local laws. Shortly after Kallos’ legislation passed the council, Stringer released the results of a second audit, which found that many sites were still violating existing laws. Stringer’s office zoomed in on 34 of the previous 182 — and found that 32 still weren’t up to code. Some of the supposedly public spaces were restricted by barricades or fences, some featured signs that read “for private use only,” and some gave priority to restaurant seating.

That’s especially troubling in New York because developers have received bonus space in exchange for building those supposedly public spaces, as Kelsey E. Thomas wrote for Next City earlier this year. “New Yorkers are literally getting cheated out of tens of millions of dollars in public space — and the city is willfully choosing to do nothing about it. Public resources are effectively being given away at the expense of all of us,” Stringer said in a statement at the time.