12 Cities Team Up on Universal Pre-K – Next City

12 Cities Team Up on Universal Pre-K 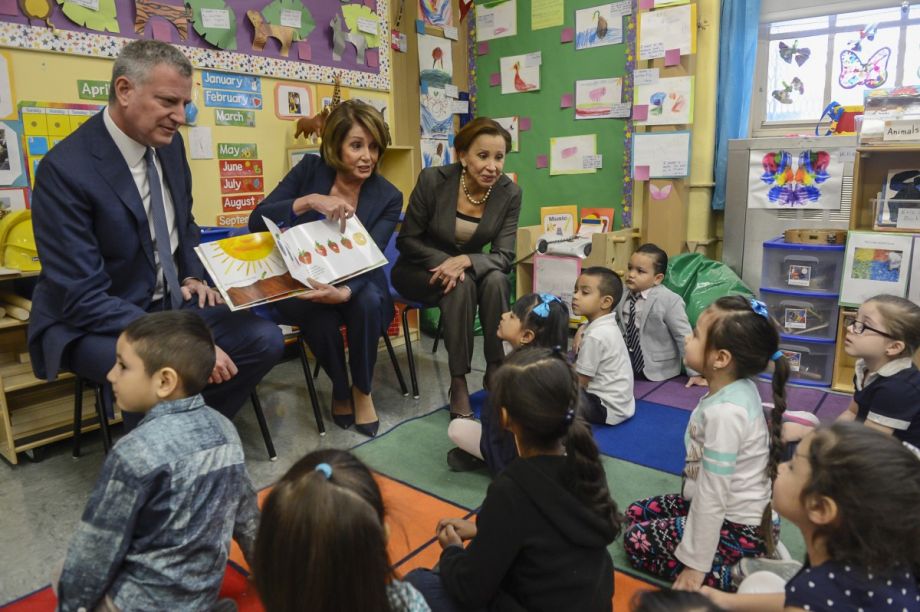 In the absence of a nationwide program to expand access to early childhood education, New York City has emerged as a pre-K pioneer. Three years after Mayor Bill de Blasio won the office with pre-K expansion as a cornerstone of his campaign, the city has free, full-day seats for more than 70,000 students this school year. Now, according to the Huffington Post, New York is trying to share what it’s learned with other cities frustrated by Congress’s failure to act on the issue.

Only about 29 percent of the nation’s 4-year-olds were enrolled in a state-funded preschool program in 2014-2015, but Congress has never taken up President Obama Obama’s 2013 plans to expand early childhood education programs nationwide. So states and cities, including Tulsa, D.C., Miami and San Antonio have been implementing — or trying to implement — affordable public preschool options of their own.

Cities “are an important force in making pre-K available to every 4-year-old,” Josh Wallack, New York City’s deputy chancellor for division of strategy and policy, said in a statement. “They’re in touch with the families that are advocating and want this for their kids, and they have the tools in place to scale up quickly.”

Representatives from 12 cities, including Boston, Philadelphia, Chicago and Seattle, are meeting in New York on Thursday to discuss how the city has made such progress. The goal of the event, titled Pre-K for All, is to create a network of like-minded cities to share best practices, and to promote the goal of free, high-quality preschool access nationwide.

“Pre-K for All is all about ensuring high quality programs for every child, and we know that when we share best practices, children are the real winners,” said New York City Schools Chancellor Carmen Farina in a statement. “This forum is an invaluable opportunity for visiting cities to learn from our achievements, and, perhaps more importantly, from the challenges we faced, while also fostering a thoughtful, long-term discussion about how to expand access to high quality pre-K education across the country.”

House Minority Leader Nancy Pelosi has expressed her support for de Blasio’s Pre-K For All progress in New York, and promotes universal pre-K as part of her women and children’s economic agenda. “This is a real service to our country,” she told him earlier this spring. “Thank you for your vision, your leadership and your effectiveness in implementing this.”