Tulsa Offered to Pay People to Move. The Program Got 10,000 Applicants – Next City

Tulsa Offered to Pay People to Move. The Program Got 10,000 Applicants 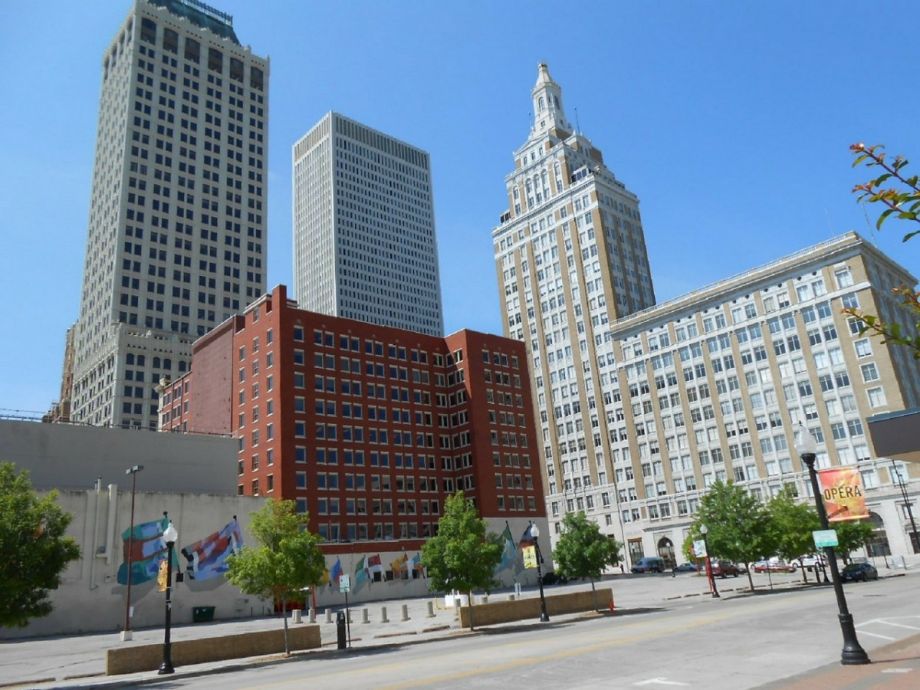 Megan Villanueva had never been to Tulsa. She grew up in the San Francisco Bay Area, and moved to Washington, D.C., in 2017, for a job with the Global Press Institute. But fairly quickly, she says, she and her partner found themselves “reprioritizing.”

“We were tired of paying for astronomical rent and all the amenities that we weren’t really leveraging living in a big city,” Villanueva says.

She had heard Emily Kaiser, a native Tulsan and chair of the Global Press Institute, speak highly of her hometown. So last year, when the George Kaiser Family Foundation announced it was launching a program called Tulsa Remote, which would pay remote workers $10,000 to move to the Oklahoma city, Villanueva was intrigued. She applied. She visited. And then she moved. Now she lives in a 110-year-old house with much more space than she knows how to use, four blocks from the Arkansas River and a mile outside of downtown Tulsa. The rent is $1,650 a month. And although the Tulsa Remote program only asked for a yearlong commitment, Villanueva says she and her partner are going to start looking for a place to buy.

Last year, as Next City reported, Tulsa Remote invited remote workers from all over the country to move to Tulsa, in exchange for $2,500 in moving costs, a $500-a-month stipend, and a $1,500 payout at the end of the year. The program also gave participants access to a coworking space in downtown Tulsa and opportunities for discounted rent. Though rent is already cheap in Tulsa compared to other U.S. cities, as Aaron Bolzle, a program manager at the George Kaiser Family Foundation, pointed out at the time. Bolzle was expecting a decent amount of interest in the program. But he wasn’t expecting 10,000 applications, which is what the program had received by the time it stopped accepting applications after ten weeks — at which point they were still receiving about 125 applications a day, Bolze says. Now, the program is looking to expand, and plans to accept 250 to 300 new applicants in 2020. And it’s also touting the decision by the Holberton School, a software-engineering program that defers tuition as part of an income-sharing agreement, to open its third U.S. campus in Tulsa.

Last year, Bolzle says, Tulsa Remote accepted 100 people into the program, and about 75 actually went through with the move. Of the 100 people invited, 54 were women and 40 were people of color. (He didn’t share demographic stats on the 75 people that actually moved.) The invitees came from 26 states, but most of them — 55 in all — were from California, Massachusetts, or New York. The youngest participant is 22 and the oldest is 64. One of them is a current Harlem Globetrotter.

“This program’s core focus is on creating the most vibrant and inclusive Tulsa possible, to aid future generations who are looking for opportunities,” Bolzle says. He believes that by bringing in newcomers from industries that aren’t well represented in Tulsa, the end result will be more opportunities for locals. “If you grow up in a city like Tulsa and you don’t have the privilege to leave for college, what opportunities do you have? So much of that is contingent on the types of people you get to interact with.”

Megan Villanueva, who is 27, now works remotely for a nonprofit called Ashoka, which is based in Arlington, Virginia. She says she’s trying to “unlearn” the defensive social posture she picked up in Washington, where it seemed like every interaction was also a networking maneuver. Since she moved in June, most of her friends are other Tulsa Remote participants, but she’s also made friends with a lot of local Tulsans. She was wary of the Tulsa Remote crowd going around town like some kind of a clique, but that hasn’t really happened, she says.

Bolzle says he has also been careful to avoid creating a “subculture” of Tulsa Remote participants. The $10,000 benefit isn’t enough to convince people to upend their lives just for the sake of it, Bolzle says, but rather to take some of the risk out of a life change that they might already be considering.

Madeline Kelley, for example, had been living in Williamsburg, Brooklyn, but dreaming of being somewhere else. She applied for the Peace Corps, and was planning to move to Mongolia for three years, but that fell through. Kelley was born in Ohio and grew up in Connecticut, and most of her family is still in the Northeast, save for a few relatives in Texas and Oklahoma. She had never been to Tulsa when she applied for the program.

“I was kind of just looking for a change,” Kelley says. “I was ready to move out of New York. I never really felt that at-home there.”

She says she finally decided she could move to Tulsa after Bolzle took a group of prospective Tulsa Remote participants on a tour of the city, showing them not only the flashy parts of downtown but a broad cross-section of the city, warts and all. It felt honest, Kelley says. She had a boyfriend when she moved. They were going to try to make a long-distance relationship work, but she says she felt like he was pressuring her to commit to the next step, and decide where she’d be after the year in Tulsa. Kelley says she felt like she couldn’t really commit to the city, and to trying to explore what it would mean to be part of the Tulsa community, with that kind of pressure. So she broke up with him.

Things feel more connected in Tulsa, says Kelley, who is also 27, and works remotely for a women’s professional development group called Ellevate Network. She moved in April, and lives in a high-rise downtown. She has already met the mayor and discovered she has a distant relative on the County Board of Commissioners. The only downside so far is that her family and friends are still on the east coast, but she’s open to staying in Tulsa long-term.

When she spoke with Next City, Kelley was in the middle of a two-week trip back to New York. She said she had come to feel so connected to Tulsa so quickly that she had been dreading leaving for the trip.

“I have serious FOMO,” Kelley said. “I want to be back there.”