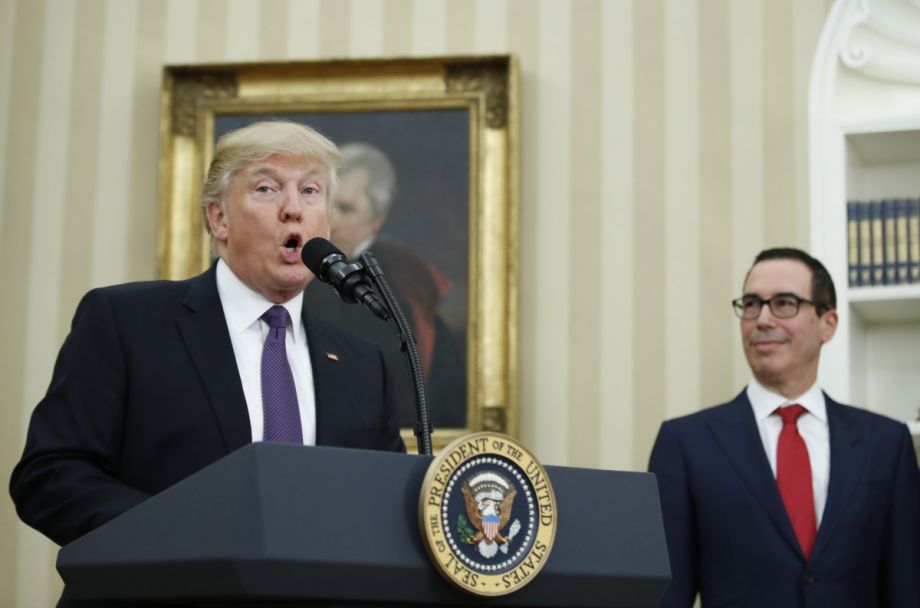 Last year, two California nonprofits filed a complaint asking that the U.S. Department of Housing and Development (HUD) investigate OneWest Bank for violations of the Fair Housing Act and redlining. Steven Mnuchin, confirmed Monday as Treasury Secretary, is the former CEO and chairman of OneWest. This week, HUD notified the California Reinvestment Coalition (CRC) — one of the two nonprofits — that it had accepted the complaint and would begin an investigation.

CRC filed the complaint in November, along with Fair Housing Advocates of Northern California (FHANC). It alleges that “OneWest Bank’s lending to borrowers in communities of color is low in absolute terms, low compared to its peer banks, and is lower than one would expect, given the size of the Asian, African-American and Latino populations in Southern California,” according to a release from the organization.

Mnuchin is a Wall Street veteran who, as writers for Bloomberg noted last year “rose through the kind of elite institutions the president-elect spent his campaign vilifying.”

In 2009, Mnuchin led a group of investors to purchase IndyMac from federal regulators. As Oscar Perry Abello reported for Next City last year, IndyMac had been one of the big subprime mortgage lenders whose string of failures culminated in the financial crisis and resulting Great Recession. Like other subprime lenders, IndyMac engaged in what has become known as predatory lending — giving mortgages to homeowners without asking about their income. Many loans went to people of color in poor or working class communities. The investor group led by Mnuchin renamed the resurrected bank OneWest, made Mnuchin chairperson, and began foreclosing on many of their borrowers.

“Mnuchin oversaw a foreclosure machine,” Kevin Stein, deputy director of the CRC, told Bloomberg last year. That phrase has since become something of a rallying cry for Senate Democrats opposed Mnuchin’s nomination.

As Abello reported last year, OneWest also cut back on making new loans to people of color. “During Mnuchin’s chairpersonship, from 2009 to 2015, OneWest made 269 home purchase or improvement loans in California — only 16 went to Latino borrowers, and only two went to African-American borrowers,” he wrote, citing home mortgage data from the Consumer Financial Protection Bureau.

Another accusation against OneWest has to do with how it maintained and marketed homes in neighborhoods that were majority people of color. FHANC alleged such a pattern, based on accounts from its own in-house investigative staff. As Next City has previously covered, neglecting foreclosed properties has a financial ripple effect on the surrounding neighborhood, from declining property values to costs associated with arson and crime that tend to occur more when properties are boarded up.

In 2015, CIT Group acquired OneWest for $3.4 billion. After the acquisition, Mnuchin sat on CIT Group’s board of directors and owned about $97 million in CIT Group stock as of February 2016. He resigned from that post in December.

At Mnuchin’s confirmation hearing, some raised objections that he failed to report about $100 million of his wealth on Senate Finance Committee disclosure documents, according to NPR. There has also been some controversy about his role as director of an investment fund located in a tax haven. His net wealth is suspected to be around half a billion.