Googly-Eyed Trash Wheel Could Be Coming to D.C. River – Next City

Googly-Eyed Trash Wheel Could Be Coming to D.C. River 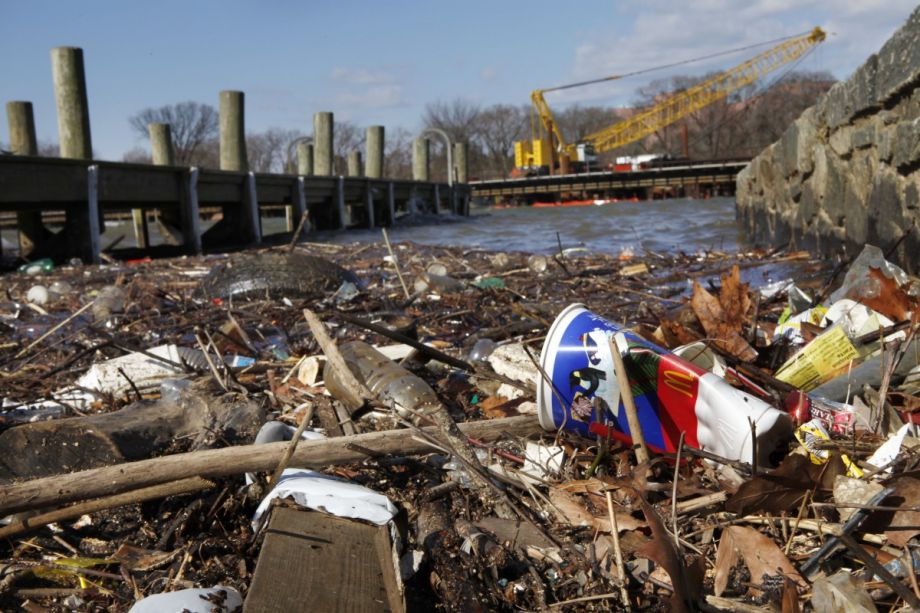 Every year, coastal countries dump about eight million tons of plastic into the ocean — an alarming figure that can be visualized by picturing five grocery bags for every foot of coastline around the globe. One of the many tributaries contributing to that number is the Anacostia River, which flows through Maryland and D.C., and sees about 1.3 million pounds of trash every year, DCist reports. With more waterside development on the horizon, the D.C. Department of Energy and Environment’s (DOEE) Watershed Protection Division is looking at new trash-capture technologies, including a floating contraption with giant googly eyes.

Two “trash wheels” are currently operating in the Baltimore Harbor, according to DCist. A trash wheel is more or less exactly what it sounds like — a floating device the size of a large sailboat, with a paddlewheel on the side and a conveyer belt that extracts garbage from the water and drops it into a dumpster. The two in Baltimore Harbor have names, Mr. Trash Wheel and Professor Trash Wheel. They also have giant eyes that make them look like oversized sea snails, and, of course, Twitter accounts (you can follow them here and here).

DOEE may not go the trash wheel route (“nothing has been solidified yet,” an environmental protection specialist for the agency told DCist,) but it is eyeing, and already implementing, new technologies to help with its watery trash problem. One notable technology used locally is called the Bandalong Litter Trap, which “is anchored to the sides of a channelized or open tributary with little activity and is designed to catch garbage in its basket before it can flow down to the river,” DCist reports.

The Baltimore area has been investing in its garbage collection system over the last few years. As Next City covered in January, the city recently spent $9 million rolling out new, larger cans to deter pests. Necessary as it may be to foil local rats, that go-bigger approach to trash collection doesn’t do much to counter the root problem of litter — that there’s just too many disposables being consumed. Pay-as-you-throw policies (one of them was debated in Memphis several years ago) tend to do more on the front end.

Another approach: Plastic bag bans. D.C. doesn’t ban plastic bags, but shoppers must pay 5 cents for them. According to an investigation by the Washington Post, the results of that 5 cent law are difficult to quantify — but, as DCist reports, at least one environmental advocacy group sees them as successful in reducing plastic bag use.

And reducing consumption will go a long way toward curbing trash in the water. As one advocate told Next City last year: “A lot of people have misconceptions that what’s ending up in the ocean is because of trash falling off barges or getting purposely dumped, but research shows that 80 percent of trash is from land-based sources.”