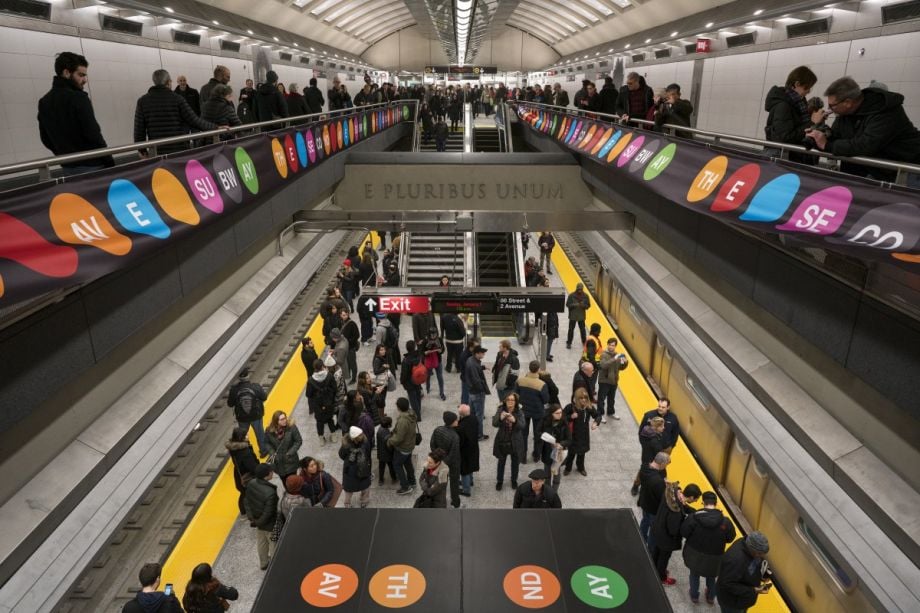 Despite uncertainty over transit funding in President Donald Trump’s administration (his budget blueprint released today makes a 13 percent cut to U.S. DOT’s funding), momentum for transit expansion — and building more bike- and pedestrian-friendly streets — keeps growing in the U.S. In November, voters in a number of cities approved measures to pour more money into public transportation, and it seems as if another city joins the Vision Zero ranks every week.

A new report from TransitCenter, an NYC-based foundation dedicated to improving transit, outlines what’s worked for mayors and other city officials trying to improve public transportation, and offers advice for other cities that want to follow in their footsteps. From the report, called “All Transportation Is Local”:

“Local leaders in those places have recognized that transportation is intrinsically linked to broader values that matter to citizens like economic growth, equity, public health, and safety. They also recognize that local government has immense power over transportation, because it controls how the street is used and how new development connects with transportation systems.”

While it serves more as a toolbox than a prescriptive guide, here are some of the main takeaways.

Look to the streets. While building a new streetcar line or renovating a downtown highway takes immense resources and time, streets can quickly become more friendly to those not in cars by building public plazas, dedicated bus lanes, wider sidewalks, bus bulbs or protected bike lanes. These “quick-build” projects can also serve as beta tests that can be easily adjusted based on feedback and results, and also figure into longer-term strategic goals. The report points to Seattle’s 10-year transportation plan with its three-year and 10-year goals as well as interim solutions using quick-build street design.

Even quick changes aren’t immune to glacially paced bureaucracies, however. One step that could help cities move these design changes along is linking street-design functions to the city’s traffic operation group that manages pavement markings and traffic signals. Those groups are often able to change the design of a street through altering lane markings or putting in planters or plastic bollards. (For more examples of quick-build projects and tactical interventions, see the “Quick Builds for Better Streets” design blueprint Next City covered in 2016.)

While larger projects are often funded through state and federal grants, many cities have gotten creative with paying for quick-build projects. Austin, for example, employs city infrastructure bonds, and Chicago has used property tax increment financing and money from sponsors of its bike-share system.

Focus on practicality over glitz. It’s common knowledge that convenience is key: People use transit when it’s frequent and fast. In a report called “Who’s on Board” released last summer, TransitCenter noted that those core service factors, as well affordable fares and minimal transfers, trump more flashy amenities like power outlets and WiFi, in increasing ridership.

Where you can’t change, influence. Although many mayors don’t control their city’s public transit agencies, they do have influence, both through speaking out and in how they build their streets. Building streets with transit-only lanes, sidewalk extensions and other design features that make it safe, quick and easy to walk, bike or take transit has a huge impact on whether or not transit systems are affective. Cities can also work with transit agencies to install better bus shelters, and support more frequent service and efforts to speed up boarding.

While many cities have a productive working relationship with transit agencies, the same is not always true of their relationships with state governments, which tend to take a more car-focused approach to transportation. Cities often have to push back on state regulations. (One particularly notable instance: Tennessee tried to outlaw certain types of transit-only lanes in 2014 to prevent Nashville from completing a bus rapid transit project.) Recruiting business and community leaders to back transit projects can help cities stand up to states. Likewise, civic groups often have more freedom than elected officials to explore and pitch new ideas.

Plan for ride-hailing. Instead of ignoring Uber and Lyft or thinking of them strictly as competition, the report recommends putting a plan in place to work with the companies and develop regulations. “The rapid emergence of ride-hailing and microtransit companies … raises new issues, and cities need to be prepared to regulate and set incentives in new ways to respond to emerging challenges,” the report states.

Rewrite rules that cater to cars. It’s hardly news that parking minimums don’t encourage affordable smart growth, yet many cities are still hanging onto outdated parking regulations. Other regulations that should get the boot: wide streets that encourage driving quickly and archaic taxi laws.

The most important thing, the report says, is for mayors to not let transit take a back seat in coming years, and instead, make it a central part of economic and equity goals.