Who Wins With Transit Rider Loyalty Programs – Next City 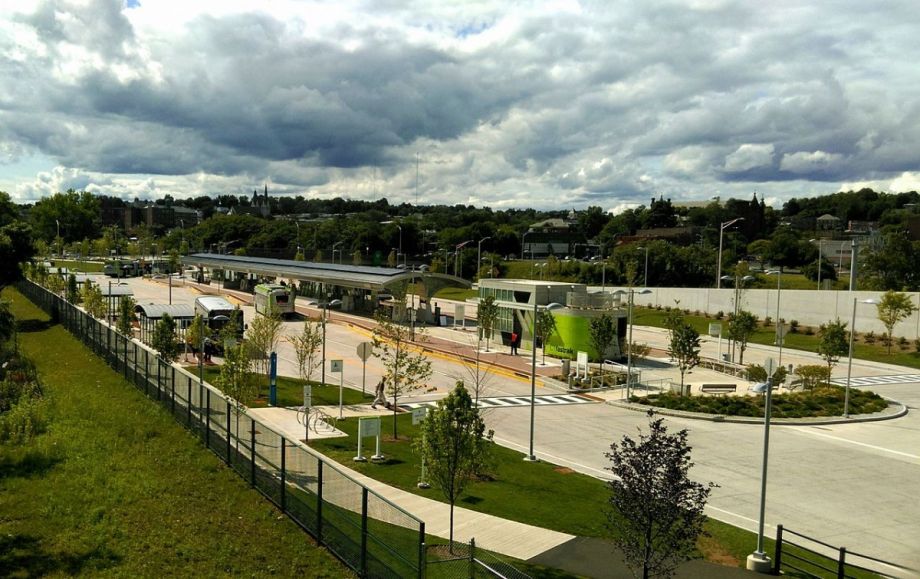 No sooner had the Connecticut Department of Transportation (ConnDOT) taken the wraps off its new bus rapid transit line from New Britain to Hartford, CTfastrak, that the agency started promoting its rider rewards program, through which CTfastrak ticket holders can get discounts on a wide range of products and services provided by merchants in its service area.

Was this a promotion designed to lure new riders to the line? Only indirectly, says ConnDOT Transit Administrator Michael Sanders.

“Will someone ride the bus because they’ll get 10 percent off at a Vietnamese restaurant? It doesn’t necessarily generate ridership,” says Sanders, “but it’s a way to offer riders some extra value for riding. It’s one of several small ways to keep people interested in the service.”

And keeping existing riders riding is as important a goal for a transit agency as attracting new ones. “The industry typically loses 20 to 25 percent of its customers each year, so we have to come up with 20 to 25 percent new customers to take their place,” Sanders explains. “If this slows the turnover down by making riders more loyal, then it’s a win for us and for them.”

That’s one big reason a number of transit agencies large and small operate rider rewards programs. Another reason: Local business owners like the patrons they get from participating.

Sanders cites the case of a restaurant located next door to a CTfastrak station in downtown New Britain: “The week before we opened, the owner said to us, ‘We need a sign reading, “No CTfastrak parking in our parking lot.”’ The first day we were in service, his restaurant was mobbed with people who came in. The next day, he called us and said, ‘I want into the rewards program.’”

Rider loyalty programs are not a new innovation for mass transit. The Southeastern Pennsylvania Transportation Authority in Philadelphia has been offering riders discounts for goods and services through its Pass Perks program since 2006. Like with CTfastrak, its purpose is to keep current riders riding and to benefit local businesses.

“Our main goal in launching Pass Perks was strengthening the relationship we have with our customers,” says Elizabeth Bradford, SEPTA’s director of marketing. “It’s a way of adding some positivity to the daily commute. You purchase the pass, we appreciate the investment you’ve made, so with this we’re working harder to bring you more value.”

Sanders also came to ConnDOT from a transit agency that offered its own rider rewards program, with a booklet filled with discount offers. There is one slight difference between that older program and this new one, though: Connecticut Transit, the agency that operates CTfastrak, is also using the rewards program to introduce riders to the new facility. Both the busway and the discount program rolled out on the same day.

The busway itself may be the bigger draw though. Sanders says that where buses operating in the New Britain-Hartford corridor served by CTfastrak carried 7,500 to 8,000 daily passengers before, ridership in the corridor has nearly doubled, to 14,000 to 15,000 passengers a day.

“We conducted a survey of riders and got back 2,400 responses,” Sanders says. “Thirty percent of them were new riders who had never taken the bus before Fastrak.”

Moreover, he says, ridership on the busway has run counter to the industry’s usual cycle, in which ridership drops off during the summer then picks back up in the fall when students get back on the buses to head to school. This may be due to the time savings the busway offers. Sanders tells the story of a chef at a pizzeria located next to a CTfastrak station. Where it had taken him an hour and a quarter and two buses to get from home to work before, he can now make the trip in 15 minutes with no transfers. “I bumped into him the other day and he thanked me and thanked me,” Sanders says.

As CTfastrak is brand new, however, the real test of the loyalty program’s effectiveness will come over the years. At SEPTA, Bradford notes, a lack of sustained marketing led to a decline of merchant participation in Pass Perks and relatively low usage among riders: “Our surveys showed that while 50 percent of our riders were aware of the program, only 10 percent had flashed their pass to receive a perk.”

This in turn has led the agency to retool the program and relaunch it as part of a marketing campaign aimed at younger riders. From an initial roster of more than 200 partners that included everything from a dry cleaner to the city’s science museum, SEPTA has winnowed the number of participants down to 48 “perkier” partners. Restaurants, bars and yoga studios are still on the list, as is the museum, but added to that are heavier hitters such as Zipcar, the Phillies and the Philadelphia Zoo. While the marketing campaign was targeted to 18- to 34-year-olds and the discount partners selected with them in mind, Bradford reiterates that “Pass Perks is meant for everybody.”

While some businesses do keep track of how many transit riders take advantage of the offered discounts, hard and fast data on the effect of these programs on businesses’ bottom line is not that easy to come by. Sanders offers plenty of anecdotal evidence that CTfastrak has proved a boon to businesses in its service area; he even cites a cluster of businesses in Southington, 15 miles beyond the end of the busway, that signed up to join the rewards program because of the customers it delivered to them. Currently, 38 restaurants, service firms and regional attractions offer riders discounts through the CTfastrak rewards program, a number Sanders says continues to increase. Among the institutional participants: Central Connecticut State University, the New Britain Museum of American Art and the New Britain Industrial Museum.

Both Sanders and Bradford say that the loyalty programs are net positives for the agency, the riders and local businesses.

“One of the concepts we’ve tried in our revived marketing campaign is to show the value,” Bradford says. “For instance, if you buy an Independence Pass [a one-day pass good for travel on the system] and you take advantage of the Phillies’ two-for-one ticket perk, you’ve paid for the Independence Pass right there.”

Sanders is more direct: “There’s no loss at all here. It’s a win-win-win situation for everyone.”