17 Metros Get Grants for Transit-Oriented Development Planning – Next City 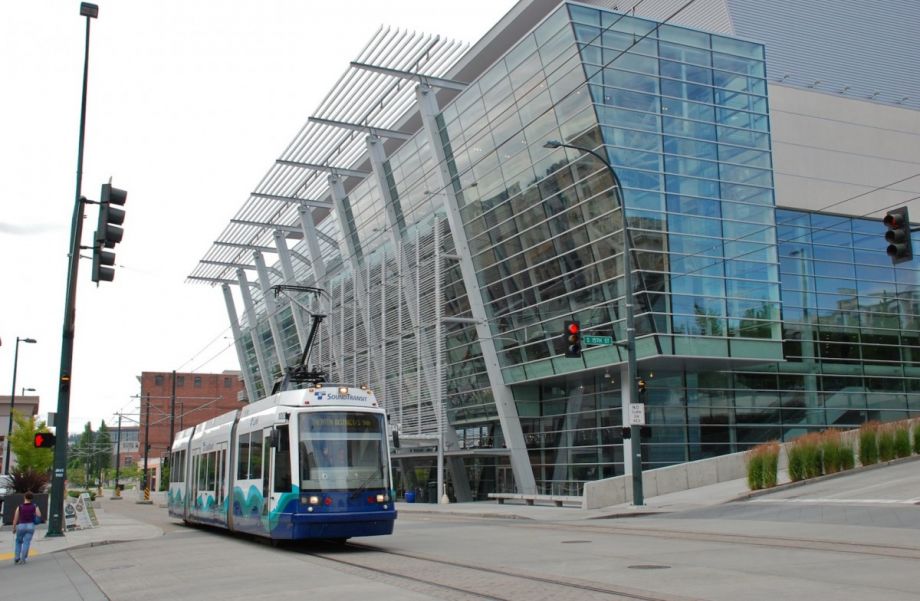 Tacoma will get $2 million to create a “mobility and economic development plan” for its proposed light-rail extension. (Photo by Steve Morgan)

In a nod to the importance of comprehensive land use planning around transit lines, the Federal Transit Administration recently granted $19.5 million to transportation agencies, cities and regional governments around the U.S. The pilot program is meant to encourage residential and commercial transit-oriented development in order to maximize investments and bolster ridership for new lines.

“In this day and age when we’re scraping funds together to build and maintain transit, it’s really prudent to ensure the money we spend brings us the maximum number of benefits,” says Stephen Davis, Transportation for America’s (TFA) communications director. “Efficient land use around transit doesn’t just happen by building transit. You can’t just wave a magic wand and hope great things are going to happen.”

TFA played a small role in advocating for getting the pilot program funded through MAP-21, the 2012 federal transportation package. The program provides $10 million each year for municipalities and agencies doing planning work on a transportation project that’s also seeking funding from the federal Capital Investment Grants program. Last year would’ve been the first year of grants, but none were given, hence the nearly $20 million announced this month.

“Transit-oriented development is critical to the success of new projects and to the economy of the local communities they serve,” FTA Acting Administrator Therese McMillan said in a press release. “These grants will help communities like Tacoma develop a transportation system that encourages people to use transit to reach jobs, education, medical care, housing and other vital services that they need.”

Tacoma, Washington, will get $2 million to create a “mobility and economic development plan” to improve pedestrian, bicycle and driver conditions around the new stations that would get built in a proposed extension of their LINK light-rail system.

The program emphasizes the need for corridor-wide planning in order to ensure planning (or a lack thereof) around one station doesn’t negate the efforts around another. Davis explains, “If you have three cities connected by a line and one city says, ‘we just want a parking lot at our station,’ it undercuts the work at other stations.”

This emphasis on comprehensive transit planning is great, but Davis points out that we shouldn’t get too giddy about the pilot: “$10 million is a very small slice of the federal transportation programs. It’s a drop in the bucket.” Nonetheless, he’s excited it’s off the ground and making an impact, especially in the mid-sized cities without legacy transit systems that are grantees in this first round.

“For communities of all sizes, but especially the smaller communities, this form of growth is really in demand and dramatically under supplied,” says Davis. “It makes sense to ensure we get the most transit-oriented development, the most smart, walkable neighborhoods around these transit stops when this form of living is so in demand right now with people of all ages and we don’t have enough of it.”