Traffic Deaths Are Up, and DOT Asks the Public to Investigate – Next City

Traffic Deaths Are Up, and DOT Asks the Public to Investigate 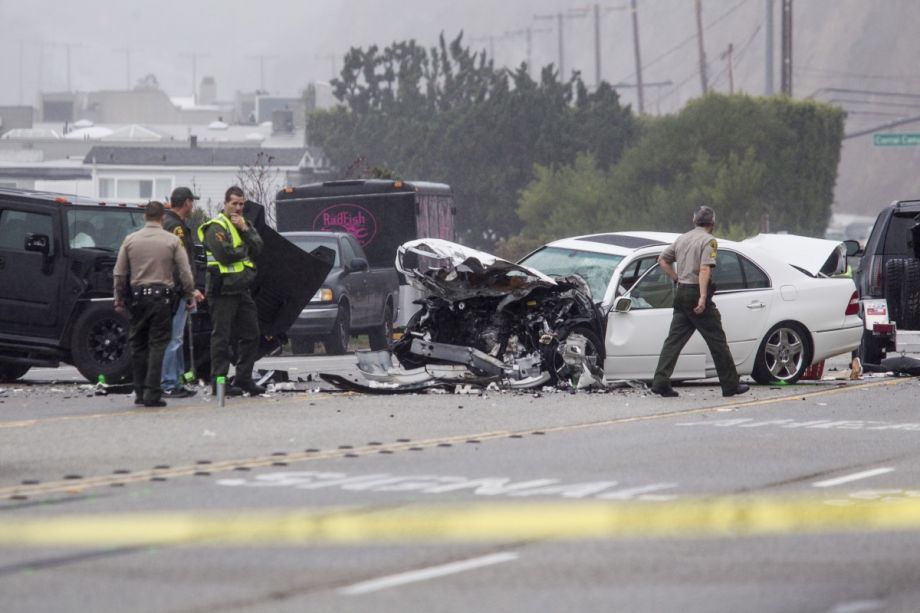 The U.S. Department of Transportation is asking for big data help after 2015 numbers released this week showed that traffic deaths were up 7.2 percent last year, the largest annual increase in half a century. Reversing a recent historical trend that saw fatalities decreasing every year, 35,092 people died while walking, biking and driving on U.S. streets in 2015. The department released the data three months early, along with a call to action, asking nonprofits, tech companies and citizens to help interpret the data and use it to prevent future deaths.

“What we’re ultimately looking for is getting more people engaged in the data … matching this with other publicly available data, or data that the private sector might be willing to make available, to dive in and to tell these stories,” Bryan Thomas, communications director for the National Highway Traffic Safety Administration, told FedScoop. “It’s a very, very rich data set, there’s a lot of information there. … Our own ability is, frankly, limited to investigate all of the questions that you might have of it. And so we want to get the public really diving in as well.”

The call to action includes several questions DOT thinks are worth exploring. “How might improving economic conditions around the country change how Americans are getting around?” it asks. “How might climate change increase the risk of fatal crashes in a community?” At least four private firms, including Waze, have already committed to release additional traffic data or to utilize DOT’s data to inform the public. Mapping platform Mapbox, for example, will launch an app that shows crashes over the past five years overlaid on a user’s commute, showing contributing factors like alcohol use or speeding.

One trend the data shows clearly is that while traffic deaths rose for nearly all types of road users, pedestrians and bicyclists fared particularly poorly. According to Fortune, even though the number of cyclists injured in traffic collisions dropped 10 percent to 45,000 people in 2015, more of those involved fatalities. Cyclist deaths increased 12.2 percent to 818 people last year, the highest level since 1995. Pedestrian fatalities increased 9.5 percent to 5,376, the highest since 1996.

Job growth and low gas prices are obvious forces behind an increase in driving overall and therefore accidents too. Vehicle miles traveled in 2015 rose 3.5 percent over 2014, according to Fortune, the largest increase in 25 years. But while some are ready to dismiss the uptick in traffic deaths as a blip resulting from cheaper gas, the National Association of City Transportation Officials (NACTO) released a statement this week putting the numbers in an urban planning context.

“Focusing on one year’s count ignores that disproportionately high numbers of people have been dying on U.S. streets every year for decades,” said Executive Director Linda Bailey. “Even comparing against our safest year in recent history, 2010, the U.S. traffic fatality rate was almost double that of our industrialized peers.”

NACTO also published its own call to action of sorts — aimed at state and federal government. “Federal and state standards incentivize building wide streets that allow cars to go fast but create dangerous conditions for everyone,” reads the statement. “Good street design can make sure that a mistake or a distraction does not result in a death. Cities must redesign their streets to save lives, and they need to be supported by their state and federal governments as they do so.”

The nonprofit association, which recently added New York’s Metropolitan Transportation Authority to its network of transportation officials and agencies, also cited several examples of proven design interventions. Shortening pedestrian crossing distances on a Seattle street reduced crashes by 23 percent. Reducing overall lanes and creating designated turning and bike lanes on a Santa Monica boulevard reduced collisions by 65 percent. Arterial streets, which make up fewer than 10 percent of all roadways but are the site of 49 percent of fatalities, could be particularly effective places to prioritize safety changes, according to the NACTO statement.

Others pointed to the need to speed up the adoption of autonomous vehicle technology. Human error accounted for a majority of fatalities. Almost half of the deaths occurred when passengers were not wearing seat belts; about 30 percent involved a drunken driver or speeding; distracted driving was a factor in about 10 percent.

The uptick shows no sign of slowing. A report released in August by the National Safety Council found that traffic fatalities in the first six months of 2016 in the U.S. were 9 percent higher than over the same time period last year. Every year the safety advocacy group also estimates the number of people who will be killed in traffic crashes over Labor Day weekend. Their estimate this year is 438, the highest since the group predicted 439 deaths in 2008. According to Time, that year, 473 people died.