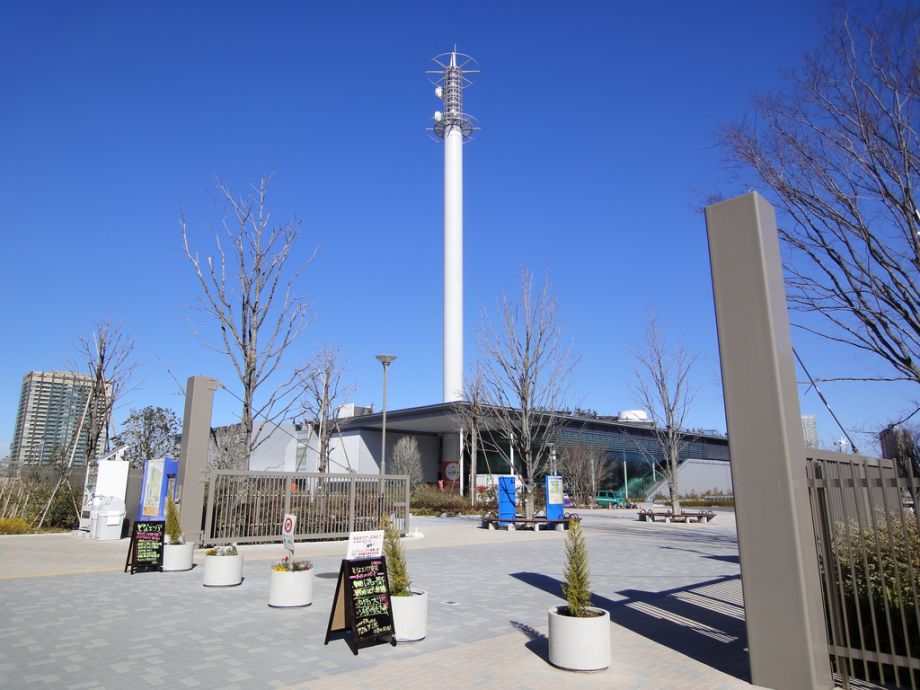 The “flowers of Edo” bloomed hundreds of times during the last half of the 18th century, and each horrible blossom reduced a part of the city to ashes.

We don’t know exactly how fires in Japan’s capital city, today named Tokyo, earned the sardonic nickname “flowers,” but we do know that they were particularly deadly, because the city was largely built of wood, and because people had very few places to hide from the sudden conflagrations. Roughly one million of the people who survived the 1923 Great Kanto Earthquake did so because they escaped to tracts of forest and farmland. If you were in the center of the city, however, you were surrounded by flammable materials on all sides. After the 1923 quake, the need for open spaces woven into the urban fabric became apparent.

Shinpei Gotō led the post-quake reconstruction of Tokyo, deliberately incorporating refuge parks to which residents could flee to escape fire and crumbling buildings. Today, Tokyo is still building such refuge parks, which are similar in appearance to the ones that Gotō planned almost a century ago — but, in reality, are far more advanced.

Today, Tokyo’s refuge parks are, essentially, cleverly disguised survival bunkers for the masses during times of urban chaos and dysfunction. They are outfitted with solar-powered charging stations for electric bicycles and smart phones in case of electrical failure, public benches that transform into cooking stoves, and manholes that double as emergency toilets. Under the rolling grass hills and cherry blossom trees are water reservoirs and storehouses containing enough food to allow entire districts to survive the critically important first 72 hours following a disaster.

These parks are a precise extension of Goto’s original redevelopment. The Tokyo Metropolitan Government’s (TMG) aims to increase green spaces in the city while simultaneously building 75 hectares (185 acres) of new disaster-survival parks by the year 2020. Perhaps the best-known of these is the Tokyo Rinkai Disaster Prevention Park, a base of operations from which officials can direct the flow of information and emergency services for the entire city. Like most refuge parks, the 13.2-hectare (33-acre) space features lampposts fitted with electric outlets and LAN connections, temporary toilets, and benches that double as stoves. But this park is primarily a headquarters for disaster-response efforts. Located on reclaimed land in Tokyo Bay, far from dense residential areas within the central metro area, it’s not really for everyday use.

A festival in Hikarigaoka Park, which doubles as a disaster refuge. (Photo by elmimmo via Flickr)

Other disaster parks, however, are integrated into the daily lives of citizens. Hikarigaoka Park was built in 1940, a year that marked the 2,600th anniversary of the founding of Japan. It includes a bird sanctuary, camp grounds, archery fields and gardens, and can support approximately 270,000 stranded people in the event of disaster. In addition to providing power, cooking facilities and provisions, it serves as a local hub, relaying information from officials at the Tokyo Rinkai Disaster Prevention Park to local residents.

Nakano Central Park is another example of a park that has more fully integrated disaster mitigation into spaces such as offices, restaurants and meeting spots. “It proposes a new style of working in greenery that is impossible with conventional offices,” says the website for the park. Its 3.5 hectares (8.6 acres) of open space, which have many of the same functions as Hikarigaoka Park, are surrounded by a hospital, police station, three universities, offices and an apartment block — almost all built using a seismic isolation system 1.25 times more powerful than current requirements. Hidden underneath the open space is a well, water tanks and a storehouse containing emergency supplies for the ward the park is built in.

These full-service disaster parks are a boon to a city that’s both desperate for breathing room and at constant risk for a high-magnitude earthquake. But walking through them, one gets the sense that these parks are part of a deeper inequality that is concomitant with how disasters in Tokyo are managed. Nakano Central Park is in an area of stable bedrock, meaning that destruction of properties there will be minimized, resulting in fewer casualties and refugees. The need for a high-tech disaster park here is much less critical than in those low-lying parts of the city built on alluvial soil, areas where destruction will be amplified. These also happen to be the poorer parts of Tokyo, filled with densely packed wooden houses, many of which are owned by elderly residents, a vulnerable population. These homes not only resemble old Edo — they’re built on top of it. It’s ironic that the most at-risk areas are those that sit on the site of the old city, whose residents suffered from fires so frequent they gave them a nickname.