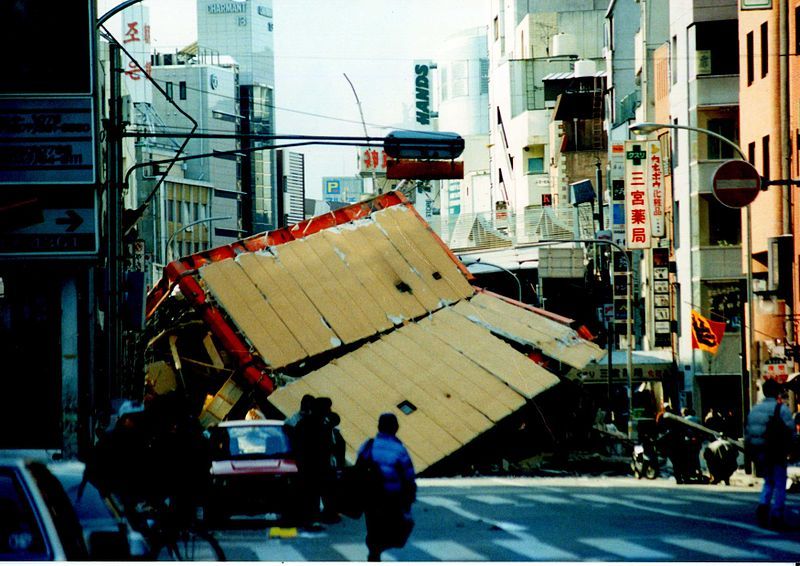 In 1873 an earthquake hit Tokyo. It was not particularly large or significant. Its only notable effect, in fact, was to inspire Sekei Sekiya, Tokyo’s first professor of seismology at the University of Tokyo’s College of Engineering, to make a record of the motion of the earth in a brand new way. Using thick wire, Sekiya made a three-dimensional model of ground motion during the event, the world’s first realistic representation of the way an earthquake moves the ground.

The result was not a simple zig-zagging line like we see on a seismograph. It more closely resembled the wild trail of a flying insect, or a flashlight beam waved about in a long-exposure photograph. These wire models would become the first evidence of how the earth dips, heaves and sways when tectonic plates slip past each other.

Sekei Sekiya, one of the world’s first seismologists.

An illustration of Sekiya’s wires from Clarence Edward Dutton’s “Earthquakes: In the Light of the New Seismology” (1904).

Although Sekiya might not have been able to imagine his city filled with skyscrapers a century later, he surely could have predicted the effect this motion would have on high-rise buildings. Ground displacement during an earthquake almost instantly moves the lower levels of a high-rise, but it takes a moment longer for the shaking to reach the upper floors. This creates a dangerous seismic echo in the structure, wherein the upper stories rush to catch up with the motion of the floors below. In moments of severe shaking or high-winds this can lead to structural failure, and turn office equipment into life-threatening projectiles.

When the magnitude 9.0 earthquake struck off the coast of northeastern Japan on March 11, 2011, the seismic waves that eventually reached Tokyo caused skyscrapers to bend like reeds in the wind. Videos on Youtube show the seismic echo occurring in Shinjuku’s skyscraper district, as the huge structures try to dance through the massive surges of energy rippling through the ground. Today, there are lots of ways to keep a building from falling down during an earthquake, from rollers and bearings that allow it to shift with the shuddering earth to hysteretic dampers that act as shock absorbers. But while many newer building are designed with this technology, older buildings were not. Built in 1974, the upper floors of the 55-story Shinjuku Mitsui building moved by almost two meters on March 11, according to Japan’s Asahi Tribune. A building of that age could suffer serious damage when the widely anticipated magnitude seven-plus earthquake inevitably hits Tokyo some day.

Since tearing down such buildings and starting from scratch is virtually impossible, by 2015 Mitsui Fudosan, a major real-estate developer, and Kajima Corp., a construction and engineering company, will attempt to affix six 300-ton devices to the roof of the Shinjuku Mitsui building. Known as “tuned mass dampers,” these devices act like enormous pendulums, swaying counter to the waves of earthquakes.

The Shinjuku Mitsui Building (darkened glass, center) in the Skyscraper District of Shinjuku.

Many newer buildings are outfitted with dampers, but this kind of retrofit of an old building is quite rare. High-rises have long lives, however, much longer than small apartment blocks or private homes. Many of Tokyo’s high-rises were constructed before the Kobe Earthquake of 1995, which is when Japan formulated strict laws about seismic design. If the dampers work on the Shinjuku Mitsui tower – and at a cost of five billion yen ($51 million), one hopes they will – the project will be replicated, and many other older Japanese skyscrapers will be retrofitted with similar devices.

Tuned mass dampers have a proven efficacy for reducing vibrations on bridges and even spacecraft, but buildings weren’t outfitted with them until relatively recently. According to a 2013 study by Masashi Yamamoto and Takayuki Sone in the journal Structural Control and Health Monitoring, dampers on a 24-story building in Tokyo were shown to reduce the energy of an earthquake by 35 to 65 percent. 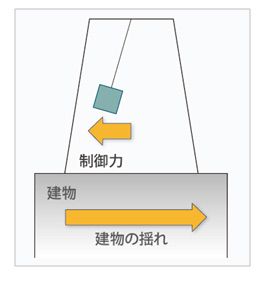 A rendering of the six dampers to be installed above the 55th floor of the Shinjuku Mitsui Building. The dampers will swing counter to the swaying of the building. Image courtesy of Kajima Corporation and Mitsui Fudosan

This reduction reduces the stress on such structures, but there are other benefits as well. While the Shinjuku Mitsui building was rocking back and forth during the 2011 Tohoku Earthquake, many other tall buildings in the city were also swaying, creating a experience for office workers that ranged from uncomfortable to extremely traumatic. Yuko Mori, 35, an employee of the Japanese petroleum company Inpex, was in her 31st-floor office in the Akasaka Biz tower when the 2011 quake struck. She remembers looking out the window during the event and seeing “neighboring buildings swaying like pendulums or papers… I felt the building swaying violently for a long time… It swayed like a boat.”

But while such experiences were widely publicized in the wake of that earthquake, the months of strong aftershocks were not. These smaller aftershocks did little to structurally damage buildings, but the weeks of near constant swaying was disconcerting for workers. Some wore hard hats at their desks.

“There were aftershocks every day,” remembers Chiharu Ozaki, a creative coordinator for an advertising company, who was working on the 20th floor of the Shin Aoyama building. The aftershocks were so common that “many people, including myself, had the feeling that the building was swaying even when there were no earthquakes. I suffered from feeling like I was sea sick.”

“It was hard to get my work done,” she adds with characteristic understatement. “Our minds were somewhere else.”