In Tokyo, Pressure to Turn Off the A/C, Even When It’s Sweltering – Next City

In Tokyo, Pressure to Turn Off the A/C, Even When It’s Sweltering 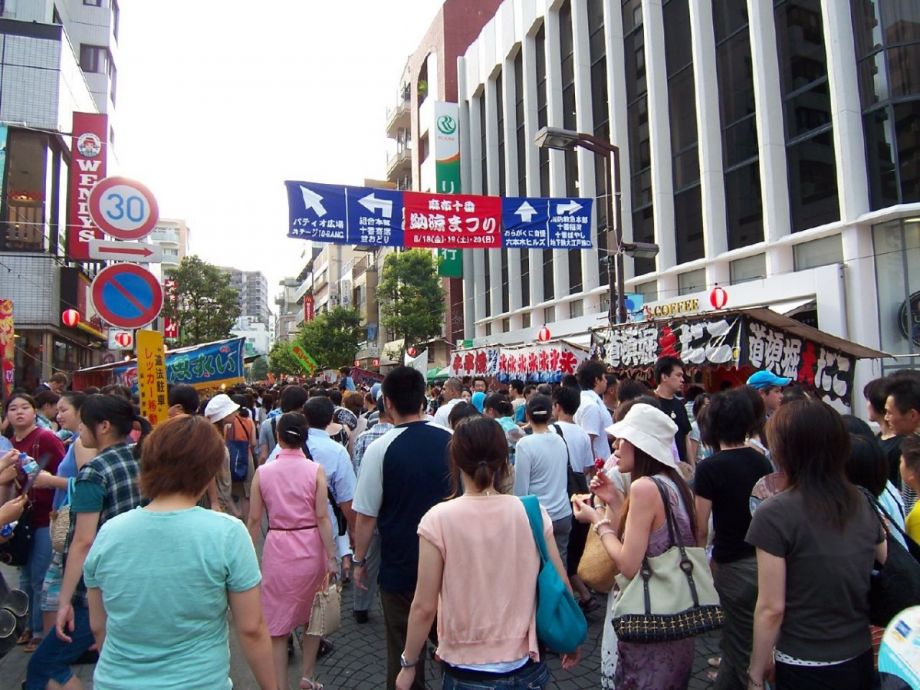 Another 30-degree day in Tokyo. Like every other sweltering summer’s day in this megacity, ambulances will be deployed to assist hundreds suffering from the heat. Many will only need water, a cooling bath or shade, but for some, nothing can be done. Three people died on Tuesday, but summer is only getting started, and this unfortunate number is sure to grow before things cool down in September.

According to the Fire and Disaster Management Agency, over the course of last year’s summer 39,944 people were taken to hospital across Japan due to dehydration or heatstroke — a 30 percent increase over the previous year. This year it’s even hotter – according to data from the Japan Meteorological Agency (JMA), this spring was the warmest in 120 years of record keeping. The densely packed city of Tokyo is particularly vulnerable to such heat waves. Problems in the worlds largest city are compounded by the heat-island effect, a lack of green spaces and an aging population. What makes the situation in Tokyo especially strange is that the national campaign to reduce carbon emissions, which encourages residents to turn off their air-conditioners, might be part of the problem.

There’s a lack of cohesive messaging at the government level around how to deal with the heat. Campaigns like Cap and Trade and Cool Biz promote the reduced use of A/C, while public health agencies encourage residents (especially the elderly) to turn on fans and air conditioners. Local governments, meanwhile, use their own thresholds for what is considered “too hot” and formulate isolated strategies to stop overheating. On a prefectural level, an even wider variety of prevention strategies are in place. Many schools have an early-warning system that’s triggered when the ambient outside temperature reaches a certain threshold. Since 2007, when a 14-year-old student named Takaaki Sato died from heatstroke due to excessive exercise during a sports class, some schools have installed portable freezers loaded with ice.

Setting firm regulations around heat-related illnesses is difficult because, short of directly monitoring people’s body heat using “epidemiological surveillance,” the only real heatstroke-related data is the mortality rate. But informally, Japan has been tackling the effects of hot weather for centuries. Eating a certain species of eel is supposed to keep people genki, or energetic, but that species is threatened and harder to come by these days. And then there’s the plum method: “(We) first introduced measures to prevent heat stroke, such as placing dried plums in the lounge area (of our offices) many years ago.” writes Hiroshi Mitsui, senior staff manager for a steel corporation, in a brochure on heatstroke.

Other holistic tactics involve cooling the city itself. Tokyo is undergoing a 10-year re-greening project, doubling the city’s roadside trees, creating green belts and growing a forest on a reclaimed island in Tokyo Bay.

Perhaps Tokyo will follow Hong Kong’s lead and establish temporary night shelters where people can escape stifling bedtime temperatures in an air-conditioned space. Or maybe the city will wait for private enterprise to solve the problem in ad-hoc fashion – soaring temperatures can mean rising profits as private companies capitalize by selling personal cooling products. Already in Tokyo, convenience stores are stocked with fans that can be worn as necklaces, technologically advanced cooling towels and wet tissues that leave a tingling cooling sensation. But this is just the beginning. Otsuka Holdings Co., which produces the unfortunately named sports drink Pocari Sweat, has begun holding seminars on heatstroke for companies around Japan. Their market share and ambitions are rising with the temperature — they now have a plan to send a bottle of Pocari Sweat to the moon. Whether it will land on the dark side or the sunny side, the company hasn’t said.