Tokyo’s Quest for Its Very Own Champs-Élysées – Next City

Tokyo’s Quest for Its Very Own Champs-Élysées 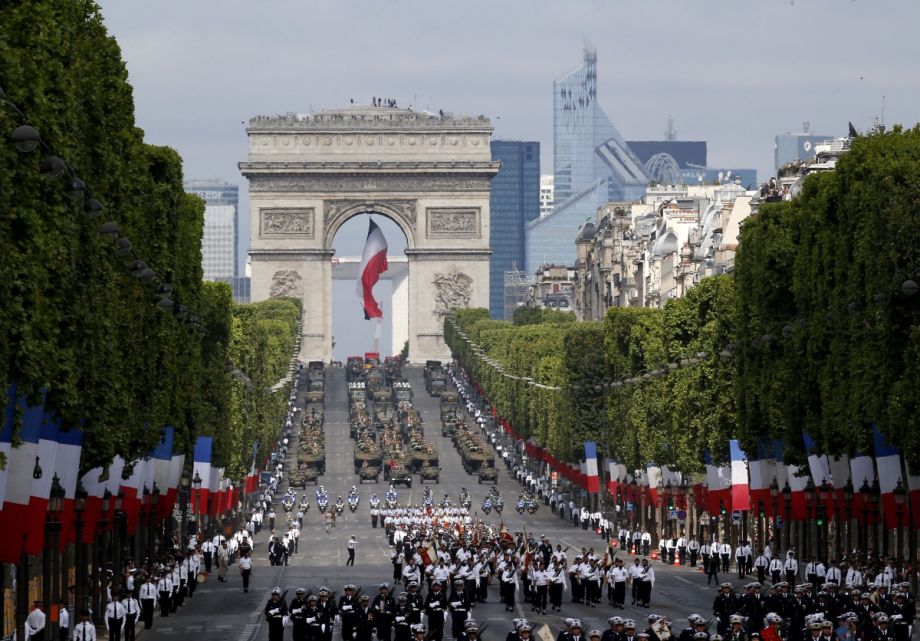 The Champs-Élysées in Paris raised the bar for streetscaping, with its iconic, linear view of the city and several major landmarks. Many other cities have similar thoroughfare designs. There’s the National Mall in Washington, D.C. And Philadelphia’s Benjamin Franklin Parkway, framed by City Hall and the Museum of Art, was designed to echo the famous Paris avenue. Now, Tokyo wants in on the vive-la-France aesthetic.

In preparation for hosting for the 2020 Olympics, Tokyo is aiming to make part of the city feel like the tree- and shop-lined streets of Paris. Quartz reports that Tokyo’s so-titled Champs-Élysées Project is now underway, aiming to boost communities with outdoor cafes, cobblestone (faux) sidewalks and other charm-inducing facets of city streets.

The changes are first coming near a relatively new skyscraper, Toranomon Hills, a neighborhood that’s mostly government buildings. The economics of hosting the Games is tricky, and funding competition-specific infrastructure that may or may not have post-Olympics use is a gamble for host cities. However, Tokyo’s governor, seems to hope the boulevard plan will be built to last.

When he announced the project a year ago, he said, “An outdoor cafe will open shortly as the first one under the scope of our Tokyo Champs Élysées Project, which aims to transform Tokyo’s streets into pleasant and enjoyable spaces. The [Tokyo Metropolitan Government] will, in cooperation with the local ward government and residents of the area, work to create here a promenade full of vibrancy and international flavor.”

Quartz has photos of the construction.