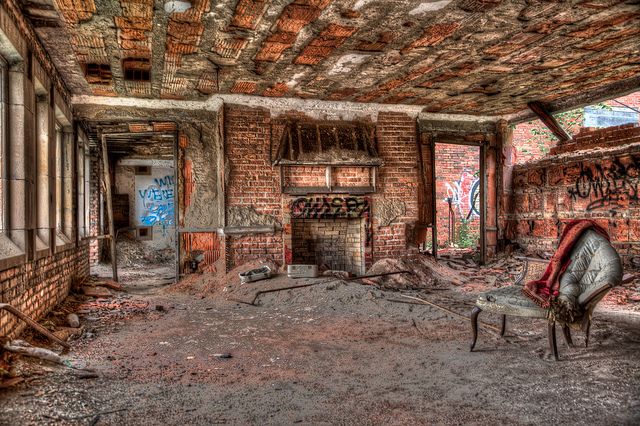 As a 27-year-old graduate of Harvard Law School, Karen Freeman-Wilson could have lived and worked wherever she wanted. She chose her hometown of Gary, Ind., where she bought a $1 house from the Department of Housing and Urban Development.

The two-bedroom house, within smelling distance of U.S. Steel, needed a new roof, but it was still a great deal for a young assistant in the county prosecutor’s office.

“I was fresh out of law school and up to my ears in student debt, but I did not want to live with my parents,” Freeman-Wilson said. “This program allowed me to root myself in the community, to actually own property at very early point in my professional life, and really become vested in the community.”

Freeman-Wilson, a former Indiana Attorney General, became so vested in Gary that she successfully ran for mayor in 2011. Now, she’s offering fellow Garyites the same deal that allowed her to settle in the city: They can put a dollar down on a house and, if they stay for five years, they’ll own it outright.

Lord knows Gary has plenty of houses to offer. A Rust Belt steel town that has lost half its population since 1970, Gary has an estimated 10,000 vacant dwellings. The city owns about a third of those, and is putting 13 up for sale this year.

There are a few qualifiers: Buyers must have lived in Gary for six months, not own a home, and earn 80 percent of Gary’s median income of $35,250. Also, the houses have roofing, electrical and plumbing issues that may cost tens of thousands of dollars to repair. Still, the mayor said, “that’s cheaper than the cost of most houses.”

Past Gary mayors have attempted to revive the city with homerun projects. A casino owned by Donald Trump didn’t spread wealth beyond the waterfront, and a proposed $300 million museum and entertainment center devoted to native son Michael Jackson was never built.

“I like singles,” said Freeman-Wilson, continuing the baseball analogy. “Gary didn’t get to this state overnight, so you’re not going to be able to change it overnight. Planned, sustainable development is a greater gift to generations to come than just determining one or two big things that may or may not pay off.”

To do that, Freeman-Wilson is trying to leverage all of Gary’s advantages: Its proximity to Chicago, its spot astride the nation’s transportation hub, its waterfront, even its blight.

Drive into Indiana from any direction, and you’ll see a sign advertising the state as “The Crossroads of America.” Gary’s location along several major rail lines and at the southern end of Lake Michigan made it attractive to the steel industry. Freeman-Wilson wants to use those same geographic advantages to increase cargo traffic at Gary’s airport, attract more trucking terminals, and build an intermodal center that would include a new Great Lakes port.

“We are looking at rail, trucking, air and water as our next big industry,” she said. “We did really well with steel, but as that industry has changed. It has had a tremendous impact on us. If we can advantage our transportation assets, we would be less susceptible to changes in the economy.”

How does blight fit into Gary’s economic development strategy? The city is considering preserving some of its best-known abandoned buildings as “ruin gardens,” which Freeman-Wilson defines as “a place that is abandoned but has historic characteristics,” like Greece’s Parthenon or Rome’s Colosseum. Along with Detroit and Buffalo — other cities where manufacturing wealth paid for Gothic or Art Deco masterpieces left to rot when the manufacturing disappeared — Gary is one of the golden cities for urban exploration, the pastime of sneaking into post-industrial ruins.

City Methodist Church is especially popular with photographers. Its empty sanctuary looks as though it has been shaken by an earthquake. Rubble covers the floors. The brick walls are split open, offering vistas of overgrown trees. The church is so eerie that it served as a set in the horror movie A Nightmare on Elm Street. At Gary Screw and Bolt, featured on the History Channel’s Life After People, trees grow through fissures in the concrete, and mounds of work clothes six feet high molder on a factory floor.

Freeman-Wilson isn’t proud of Gary’s desolation, but she’s willing to use it as a tourist attraction until something better comes along.

“I do accept that that might be one of the aspects of an attraction here in Gary, just like a golf course or some of the other things you might want to do,” she said, “especially while we’re trying to determine whether or not we’re going to fix them up or tear them down.”

One building she has decided to tear down is the Sheraton. The hotel closed in the 1980s, and now cattails grow in the deep end of the outdoor swimming pool. Freeman-Wilson’s predecessors have proposed converting it to condominiums, a shopping mall and senior apartments, but the building is stuffed with asbestos, making those grandiose schemes impossible. Because the 14-story hotel looms over City Hall, Freeman-Wilson sees it as a symbol of Gary’s blight, and campaigned on a pledge to demolish it.

Proposals from demolition firms are due October 16. Gary will use money from Community Development Block Grants and the Environmental Protection Agency to fund the teardown. Even so, some experts think asbestos removal could make the project cost more than the $1.5 million Gary wants to pay.

The dollar house program is another attempt to solve Gary’s blight problem, as well as Gary’s lack of homeownership — in a city full of boarded-up houses, 40 percent of residents are renters.

“It takes all sorts of measures to address the issue of abandonment,” Freeman-Wilson said. “We’ve determined that there are some homes that can be rehabilitated, and there are some that cannot. We’re demolishing those, because we have a very active demolition program going on in the same area where we’re offering our dollar homes. It’s not all one strategy. You have to use a series of them when you have 10,000 vacant homes.”