To Keep the Economy Afloat, the Fed Turns to North Dakota – Next City

To Keep the Economy Afloat, the Fed Turns to North Dakota 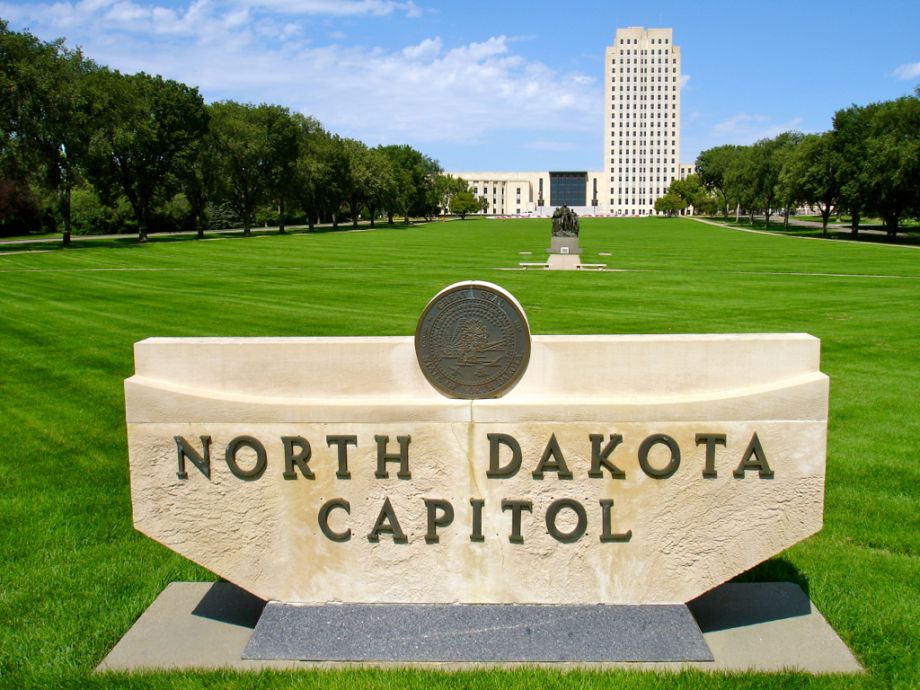 The nation’s only state-owned bank serves as a model for how the U.S. is fighting the economic damage of the pandemic. (Photo by Kaya / CC BY-NC-ND 2.0)

Bankers generally don’t like surprises. But as CEO at the Bank of North Dakota, the only state-owned bank in the country, Eric Hardmeyer was pleasantly surprised to see the Federal Reserve taking a page out of his institution’s playbook to help deal with the unprecedented economic disruption from the COVID-19 pandemic.

“The Fed seems to be thinking of everything we were thinking about two or three weeks ago,” says Hardmeyer.

To help small business stay afloat through the pandemic, banks and credit unions have been already tasked with putting out more federally backed loans to small businesses in a few weeks than they typically do in a year. The Small Business Administration’s Paycheck Protection Program was part of Congress’ bailout bill provides $349 billion in forgivable loans to small businesses. That alone is about 14 times what the agency typically guarantees a year. But that was far from enough; the loan program was exhausted within two weeks after the SBA started accepting loan applications. (Another $310 billion was approved by Congress on April 23, which is expected to be exhausted quickly.)

And on April 9, the Federal Reserve announced it would back another $600 billion in loans to midsize and potentially smaller businesses through its new Main Street Lending Program.

But every lender has an upper limit on the amount of new loans it can add to its balance sheet in a short period of time before running out of cash on hand or tripping the wires with banking regulators. Ramping up lending quickly during an emergency is especially challenging for community banks and credit unions that handle most small businesses’ needs. And it would be impossible for those small lenders to do so at a sufficient scale to counteract a massive, rapid economic shutdown like this.

To overcome those balance sheet constraints, the Main Street Lending Program is expected to work through what’s known as loan participations. Eligible businesses apply for the Main Street loans through private banks or credit unions, and the Federal Reserve comes in behind the scenes to supply 95 percent of the borrowed amount.

That means local banks and credit unions can use their expertise and familiarity with borrowers and local market conditions to make loans under the terms of the program, but they only have to hold 5 percent of the value of those loans on their balance sheets. That frees up the local banks to make more loans, while reducing the amount of risk associated with a large volume of new loans. Meanwhile, the borrower only ever deals with the bank or credit union that originates their loan.

To the rest of the country, a public entity doing loan participations will seem totally out of left field. But in North Dakota, they are an everyday occurrence. Other than student loans, the Bank of North Dakota rarely makes its own loans directly. Instead, the vast majority of the state-owned bank’s lending happens through loan participations with local banks and credit unions in North Dakota. The Bank of North Dakota had $4.5 billion in active loans in its portfolio as of the end of 2019. That included 1,156 active small business loans for $1 million or less, including 352 for less than $100,000.

“These are absolutely unusual times, so I’m sure that [at the Fed] they’re breaking up the old paradigms and saying we’ve got to think differently now,” Hardmeyer says.

No one at the Fed called the Bank of North Dakota to talk about doing loan participations as a public institution, Hardmeyer says.

The key with any loan participation is making sure the originator has some incentives to carefully evaluate borrowers. Keeping 5 percent of the value of a loan on a private lender’s balance sheet isn’t a huge amount of risk, but it could be enough that lenders will look through each loan application with the appropriate amount of due diligence, but not too slowly, given the urgency of the situation.

The Bank of North Dakota is buying Paycheck Protection Program loans from lenders in that state, supporting that segment of businesses, but the state-owned bank also wanted to bridge what it saw as a gap in coverage. “We thought we had an opportunity here to carve out a niche that wasn’t being met, and all of a sudden the Fed comes out and says we gotta start dealing with these companies over 500 employees,” Hardmeyer says. “We were going to move in if they didn’t, so we’ll see how that all plays out now.”

Final details and documentation still need to be worked out, but businesses with up to 10,000 employees will soon be able to apply for a Main Street Loan through any bank or credit union that is willing to make them. Right now, the application deadline is Sept. 30, but the program could be extended beyond that date if the Federal Reserve decides it’s necessary. Borrowers won’t have to make any payments for at least one year after receiving their loan, and they’ll have four years to pay back the loan.

The Main Street loan terms also contain stipulations meant to put limits on executive compensation, ensure borrowers use the loan proceeds to retain employees, and prevent them from buying back their own stock or pay off other debts.

That’s also something the Bank of North Dakota has some experience with. Its “Partnerships in Assisting Community Expansion,” or PACE, program provides subsidized loans for businesses through private lenders, with loan participation from the state-owned bank. Each PACE loan comes with pre-determined job creation goals and annual reporting requirements. Hardmeyer says there have been occasions when goals weren’t met, and subsidies had to be at least partially clawed back.

“With accountability measures, as long as you know on the front end what those are and how those are enforced, it’s always easier to do that on the front end rather than come in later and say by the way you guys didn’t look at the fine print,” Hardmeyer says.

The Main Street Lending program initially appears geared toward businesses at the larger end of the eligibility spectrum, though the Fed could change the terms of the program, with approval from the Treasury Department. Right now, the minimum Main Street loan size is $1 million, and according to the loan terms, in order to qualify for a loan of that amount, a business would already need to be making around $300,000 in (pre-pandemic) annual profits before taxes.

The Federal Reserve Board of Governors has says, as part of supporting the economy, it wanted to target support specifically to businesses too large for the Paycheck Protection Program but not large enough to access corporate bond markets or stock markets.

Some think there is definitely broader need for something like the Main Street lending program to reach smaller businesses.

“The new [Main Street] facility from the Fed missed the mark in terms of where are most of the small businesses that were hit in the first wave — restaurants, retailers,” says Jeannine Jacokes, executive director at Partners for the Common Good, a community development financial institution.

It’s commonplace for private lenders to participate in loans with each other. Partners for the Common Good participates in loans alongside banks, credit unions and other lenders all across the country. The organization currently has 80 active loan participations in its portfolio, financing projects for affordable housing, federally qualified health centers, youth centers or other facilities serving low-income communities. The average amount of borrowed capital per loan supplied by Partners for the Common Good is around $534,000.

Partners for the Common Good also runs the Community Development Bankers Association, a trade association with around 80 members. Through the association, Jacokes says she continues to talk with the Federal Reserve to see if they could tweak the Main Street Lending Program, or create another facility, to meet the needs of smaller businesses who will need more help than the Paycheck Protection Program or other existing programs can provide.

The Federal Reserve has not at this point ruled out the possibility of lowering or eliminating the Main Street Lending program minimum later, if the need persists beyond the Paycheck Protection Program. Banks are naturally inclined to make larger loans anyway, since it costs a bank the same amount of time and effort to make a $1 million loan as it does to make a $100,000 loan — so the Main Street Lending Program’s minimum is more about targeting resources to firms that might not otherwise be getting support.

If anyone is concerned that small business lending is riskier and could potentially be a money loser for the Fed, consider that the Bank of North Dakota’s annual reports show net positive income for every year going back to 1966, and 2019 was the 16th straight year it has set a new record for net income.

The Small Business Administration also has a good track record. From 2010 to present, the agency’s standard loan program guaranteed 226,308 loans with an average size of $778,000, and just 2 percent of those loans defaulted. Meanwhile, the agency’s small loan express program guaranteed 269,492 loans at an average loan size of $79,000, and the default rate was just 3 percent .

That doesn’t mean there’s no risk in making loans to small businesses in the middle of a pandemic, but that’s a risk affecting businesses of all sizes.

“Some businesses no doubt are going to fail because of this pandemic,” Hardmeyer says. “We don’t know how long this is going to be. Travel is going to be curtailed, big conventions curtailed for months, people not gathering in large groups, it’s going to impact businesses in so many ways, it’s hard to really tell at this point. But it’s going to be a permanent shift to a new normal.”

This article is produced in partnership with YES! Media, a national nonprofit, independent publisher of solutions journalism that analyzes societal problems and what’s being done about them.