To Keep Kids In School, Minneapolis and St. Paul Focus on Stable Housing – Next City

To Keep Kids In School, Minneapolis and St. Paul Focus on Stable Housing 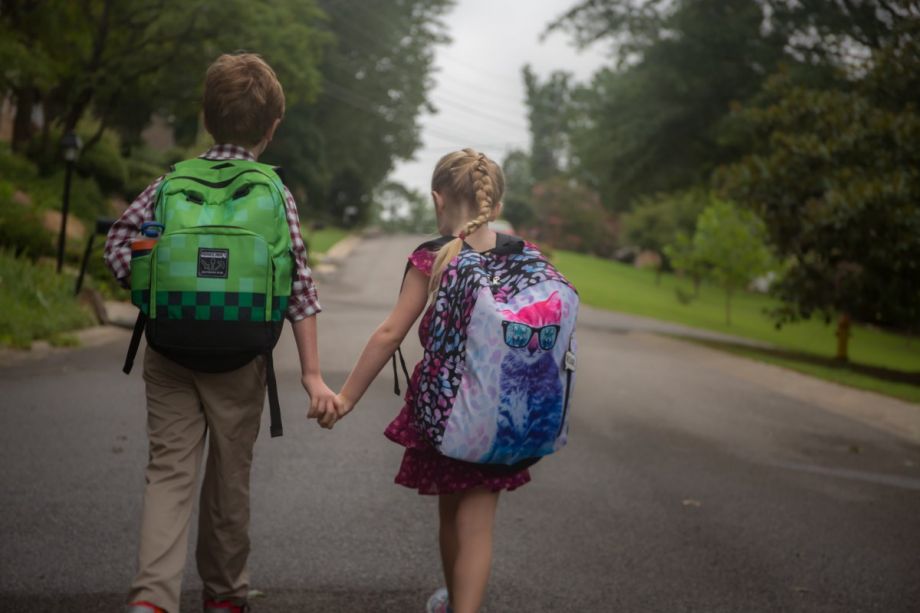 After the building Desiree Dolbec was living in with her fiancé and five children was sold last year, the family found themselves without a place to stay. Dolbec and her fiancé split the kids and went to stay with friends in the suburbs. The move was difficult on the duo, but even harder on their children who had school to keep up with as well. Staff at Pillsbury Elementary in Dolbec’s old neighborhood saw that she was struggling, commuting by bus every day to get the kids to school from the suburbs, and recommended Minneapolis’ Stable Homes, Stable Schools assistance program, which offers support to families with elementary school-aged children on the verge of, or experiencing, homelessness. “When they told me about it I was on my last straw. Literally I was ready to give up,” she says.

Last year, 1,508,265 students enrolled in public schools were homeless, a 15 percent increase from the 2015-2016 school year. Across Minnesota, just under 17,000 students were homeless last year. The Twin Cities of Minneapolis and St. Paul have each launched pilot programs to reduce child homelessness, with the idea that a stable home can help students succeed in school.

Minneapolis was first to the punch, launching its three-year program funded by $3.5 million annually from the city alongside $1.4 million from the Minneapolis Public Housing Authority (MPHA), and a $500,000 grant from the local Pohlad Family Foundation in May 2019. In conjunction with MPHA, the program works with 15 public schools across the city to provide direct rental assistance to families with elementary school children that are experiencing homelessness. Another facet of the program provides emergency assistance to families with elementary-school children that are at risk of becoming homeless.

Despite a lack of information about the program that was, at the time, brand new, Dolbec describes the process as easy. “I did a baseline phone screening. They told me I qualified and then they explained how the program worked, what the expectations were, and told me I could look for a place to live,” she says. “I’ve never had to ask for help besides this time. I’ve always figured it out on my own, but the program has made such a difference because I did need help when I entered it. I’m so much more stress free now. I can move into the next step with my family because I’m not struggling to make ends meet.” Dolbec is currently in the process of enrolling in school and is marrying her fiancé later this month, both of which she credits, in part, to the assistance she received from Stable Homes, Stable Schools.

The emergency fund provides a one-time cash infusion of up to $1,500 while the rental assistance program lasts for the duration of the pilot program, with participants paying 30 percent of their income towards rent and the program covering the rest. “Housing and specifically homelessness and desegregation has always been my first passion. It was perhaps the main reason why I ran for city council and mayor — it’s the driving force behind my public service,” says Minneapolis Mayor Jacob Frey.

“This program more than anything else is a source of pride. It’s not just empty rhetoric. It’s a plan that’s now attached to both dollars and families that are being helped. Right now we have 534 kids in a matter of months who have been stably housed or prevented from being homeless due to this program. It’s literally life changing when you get to meet [program participants] and see how it’s impacted their trajectory in life,” he adds.

Following not far behind Minneapolis is St. Paul, which launched Families First earlier this year. The five-year pilot is a partnership with the school district to provide up to $300 a month for 250 families from $3 million from the city’s Housing Trust Fund over the life of the program. Families with children in third grade or younger can enroll in the program and use the money to help pay rent and ultimately stay in their homes in order to reduce the disruption relocation brings to kids’ education.

“There have been studies that have shown that every time a student changes schools, they lose between four and six months of academic progress,” explains Anne McInerney, the program director for Families First. When students change school districts, in most instances the new class is either ahead or behind where that student was and, chances are, they’re using different material, too. “It can be difficult to figure out how to catch up. But another big piece is building relationships and knowing your classroom teacher, principal, and support staff,” McInerney says. “When you change schools, you have to get to know all these people again.”

McInerney also notes that while $300 a month might not seem like a life-changing sum, it can make a substantial difference in the lives of people on the brink of homelessness. “We see a lot of families that are choosing between buying food or paying rent or fixing the car or paying medical or gas bills,” she says. “There’s a lot of choices made on a daily basis that if families are able to have access to $300 extra, those choices are [not] quite as difficult. You can get more food for the month and that impacts the whole family.”

While it’s too soon to see concrete results from either of the programs, officials are hoping that the benefits they create will be the catalyst each city needs to sustain Stable Homes, Stable Schools and Families First beyond the pilots and well into the future. “We all hope that [Families First] will continue. There’s going to be an evaluation and the goal is to look at things we can document with data around how it was impactful on children and attendance,” McInerney says.