To Improve Public Health, the Environment and Racial Equity All at Once: Upgrade Low-Income Housing – Next City 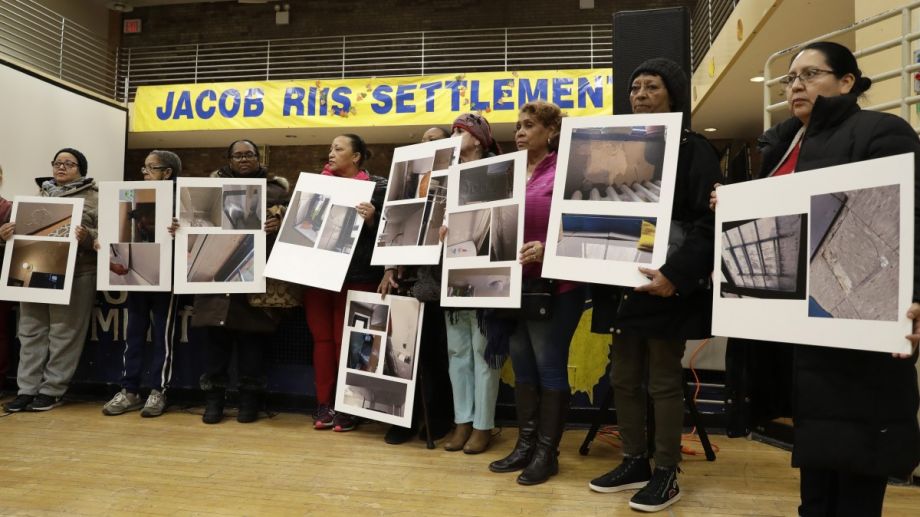 During a presidential election debate on Oct. 22, 2020, former President Donald Trump railed against Democratic proposals to retrofit homes. “They want to take buildings down because they want to make bigger windows into smaller windows,” he said. “As far as they’re concerned, if you had no window, it would be a lovely thing.”

What a difference five months makes. While replacing your big windows with small ones is not on the Biden-Harris administration’s agenda, increasing home energy efficiency is. Addressing these and other housing issues is critical for three of the new administration’s immediate priorities: ending the COVID-19 pandemic, addressing climate change and tackling racial and economic inequality.

As an environmental health researcher, I have studied ways in which inadequate housing influences health and disproportionately affects low-income families and communities of color. In my view, retrofitting low-income housing, in particular, is a high-leverage way to tackle some of our nation’s most pressing health, social and environmental challenges.

The pandemic has spotlighted how directly housing affects people’s health. It’s intuitively clear that physical distancing is hard if your family lives in a few rooms. And studies have shown that crowded indoor environments, including houses and apartments, are high-risk settings for contracting COVID-19.

Housing also is a substantial contributor to climate change. About 20% of all U.S. greenhouse gas emissions come from residential energy use. Large homes generally use more energy, but lower-income homes are often less energy-efficient, which makes them costly to heat and cool.

One recent survey found that between spring 2019 and spring 2020, 25% of low-income American households were unable to pay an energy bill. Families may be forced to cut necessities such as food or medicine to pay energy bills, or endure unhealthy temperatures. As changing climate lengthens summer, and there are more scorching hot days, those who lack air conditioning or can’t afford it are in danger.

The Oakland Ecoblock is a project to retrofit a low- to middle-income neighborhood in Oakland, California, moving it from high energy and water consumption to low.

Racial inequities in housing aren’t random. For generations, discriminatory policies kept Black and other minority households from purchasing homes in many neighborhoods. There are large racial gaps in both homeownership rates and the availability of high-quality housing across the country.

Now, for all of these reasons, housing is in the political spotlight. The Biden-Harris presidential platform included home energy efficiency retrofits. The new American Rescue Plan Act, which President Biden signed into law on March 11, includes housing provisions meant to forestall an eviction crisis and to reduce energy insecurity. Secretary of Housing and Urban Development Marcia Fudge has pledged to prioritize fair housing.

These efforts are all related. Energy-efficiency investments in low-income housing have broad ripple effects, including financial relief for residents, lower carbon emissions and healthier indoor environments.

But there are key questions. Will agencies address these issues as siloed challenges or in an integrated way? And will federal leaders and members of Congress see strategic investments in housing as a strategy that offers broad societal benefits?

The state of low-income housing

Data from the American Housing Survey demonstrates some of the challenges low-income households face. Many of the more than 30 million Americans who live below the poverty line crowd into smaller, older homes. Often these dwellings have structural deficiencies such as pest infestation, mold, peeling paint and exposed wiring.

Living in these environments creates health risks from exposure to lead paint, allergens and indoor air pollution. The economic challenges of the pandemic, with people spending much more time at home, have heightened these risks.

Poor conditions also plague many chronically underfunded public housing developments. Given how vulnerable many public housing residents are, I see upgrading these buildings as critical.

The benefits of energy efficiency

Well-designed energy-efficiency measures provide economic, health and climate benefits in single-family and multifamily homes, including in low-income housing. My research demonstrates both the promise and potential pitfalls of various measures.

However, upgrades can be done well or badly. We found that weatherization alone, without other improvements, may actually increase indoor air pollution in low-income, multifamily housing, especially in homes where people smoke or cook frequently with gas stoves. That’s because taking steps such as adding insulation and sealing cracks trap indoor air pollutants inside. Coupling weatherization with steps such as adding kitchen exhaust fans and high-efficiency particle filters in heating and air conditioning systems produces healthier results.

Are there win-win-win scenarios?

One reason is that those who pay for improvements – landlords or government agencies – often aren’t the ones who directly benefit from living in a less drafty home with cleaner air. Likewise, it’s rare for health care providers to consider housing upgrades as an approved clinical intervention.

The Department of Housing and Urban Development typically gets little notice from the public, especially amid a global pandemic when Americans are focused on vaccinations and the economy. But Secretary Fudge has an opportunity to spotlight housing as a lever for improving health, the environment and economic and racial equity. All without shrinking anyone’s windows.

Dr. Jonathan Levy is Professor and Chair of the Department of Environmental Health at Boston University School of Public Health. His research focuses on air pollution exposures, housing and the health benefits associated with emissions reductions. He co-directs the Center for Research on Environmental and Social Stressors in Housing Across the Life Course (CRESSH), which involves interdisciplinary research activities connecting environmental epidemiology, exposure science, and health disparities modeling, with a focus on the indoor environment and community-engaged research.