Underwater “Windmills” Could Power One-Third of Scotland – Next City 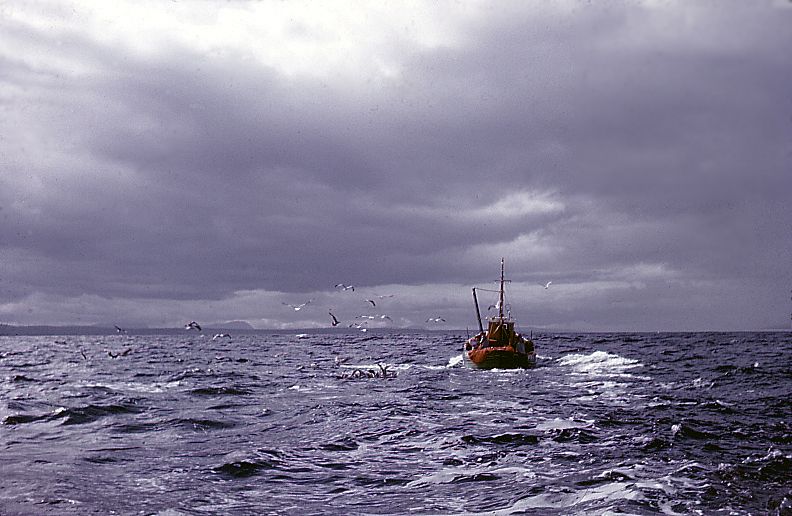 Scotland’s stormy Pentland Firth is an ideal site for extracting electricity from ocean tides. (Photo by Phillip Capper via Flickr)

The Pentland Firth is a raw, stormy sound between the Scottish mainland and the Orkney Islands, known for some of the world’s fastest flowing marine waters. Daily tides here reach 11 miles per hour, and can go as high as 18 – a breakneck current that’s the reason people are describing Scotland as the Saudi Arabia of tidal power.

Whether that’s true or not will soon be proven, as a new tidal power plant, to be installed by MeyGen off the Scottish coast this fall, will aim to make the country a world leader for turning sea flow into electricity. Those same powerful tides, however, mean installing the huge turbines necessary to make that happen won’t be easy.

Once it’s up and running, Scotland’s new power station could ultimately produce 398 megawatts of electricity per year, a major leap forward from the current leading tidal power station, South Korea’s Sihwa Lake, which manages 254 megawatts annually. If the plant reaches this level (so far, only one of the plan’s two phases has been given the go ahead), it could meet the total annual power needs of fully one third of Scotland’s five-and-a-quarter million people.

That the plant is happening now is, in a roundabout way, partly thanks to Scotland’s other big news story: September’s independence referendum. Before the Scottish people voted to remain with the U.K., the pro-independence Scottish National Party (SNP) used North Sea oil wealth as a key argument for Scotland’s future economic health as an independent country. Their optimistic take on how much oil and gas Scotland actually has left, however, isn’t shared by all experts, so the SNP-led regional government tried to to capitalize on other undersea resources as well. One of those resources was tidal power, and in 2008, when the U.K. government in London devolved powers over Scotland’s marine planning to the Scottish Parliament, the SNP began pushing for tidal power hard.

That ultimately led to Scotland’s new plant, developed by Atlantis Resources, the design of which will be groundbreaking, partly due to the fact that it won’t actually break any real ground at all. The plan is to drop freestanding turbines – 61 of them, at first – onto the seabed, where each one will sit atop the ocean floor, weighed down by three heavy concrete legs. The turbines’ rotary blades will stick straight out into the tidal flow like windmill sails, making the whole installation appear like a sub-aquatic wind farm. Experimental models of this type of array already exist, including one in New York City, but nothing as yet has been tried on the scale of Scotland’s new project.

These turbines will still be restricted by the key limitation of tidal power: they can work only when the tides are flowing in or out, which happens an average of 10 hours a day. But unlike other renewable energy sources like sun and wind, tides come at the same time, and roughly the same speed, every day, meaning that the new plant will be able to rely on and plan for a fixed level of production. And crucially for people who hate the sight of wind turbines strung across the landscape, you don’t actually have to see the things as they power your electronics.

The new model represents a departure from the most common type of tidal power plant, which has worked well for almost 50 years and yet has never taken the world by storm. The prototype for this older type of plant is France’s Rance Tidal Power Plant, installed across a northern French Estuary way back in 1966. It’s still the second-most productive in the world, using not a freestanding array of turbines, but a dam-like barrage reaching up from the seabed to high above the waterline. The estuary’s tides are forced to flow through turbine tunnels in the barrage, much as rivers are fed through hydroelectric dams. The model works, but it’s not without some key disadvantages. Barrages are very expensive to install, work only on a small range of sites and can interfere with the environment, halting fish migrations and encouraging river mouths to silt up.

This could be why tidal power as it stands hasn’t yet set the world aflame. To date, only France and South Korea have built plants producing over 200 megawatts annually. This looks set to change though. South Korea has gone for tidal power in a big way, and has two more major tidal barrages in development, one of which will open in 2017. Russia has some extremely ambitious plans for major tidal installations in its Far East, but these are mainly at drawing-board stage, as are plans for new plants in the United Kingdom outside Scotland. Meanwhile, the technology itself is being refined. Beyond Scotland’s freestanding array model, the barrage plant is currently being updated to a new prototype: the tidal reef. This is also a barrage bisecting a bay or estuary, but one that cuts down on the environmental impact by being entirely submerged, thus allowing water and fish to pass above it unhindered. So far, none of these have been built, but Britain has some fairly developed plans to create one in the Severn Estuary between England and Wales.

Tidal power generation may never reach the potential of other renewables like solar, simply because it requires a very specific type of site. For turbines to work productively, they need to be installed somewhere where tidal flow is intensified by obstructions such as bays or headlands. But while such sites aren’t ubiquitous, there are still a good few around, including San Francisco Bay’s Golden Gate and New York’s East River. If Scotland’s model proves successful, we could eventually see turbine arrays installed in places like these, giving the power of tides their rightful place alongside the wind and the sun.

Feargus O’Sullivan is a London-based writer on cities. He contributes regularly to Next City, CityLab and The Guardian.