Three Local City Initiatives That Have Spurred Change In Washington 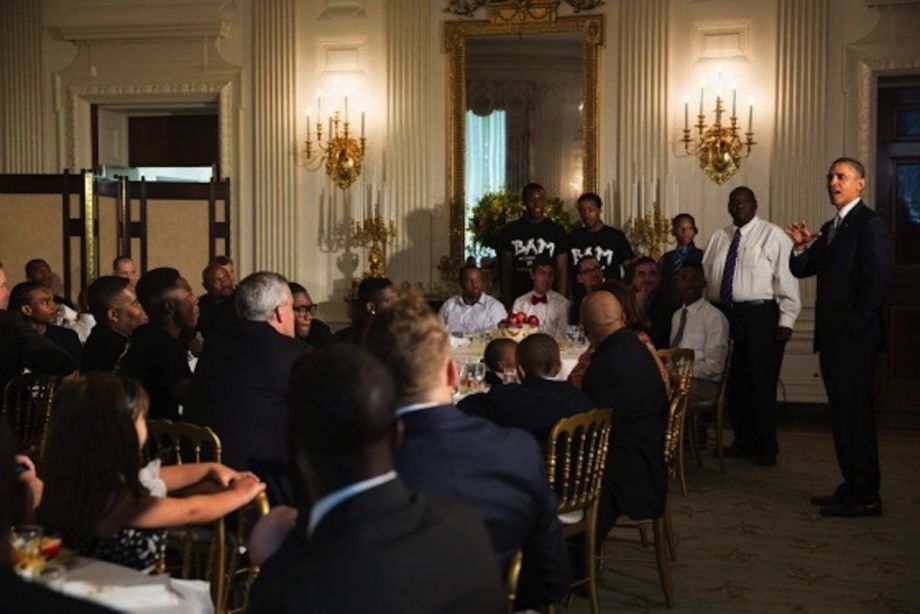 In this year’s State of the Union address, President Obama spoke of a new national program to work with young men of color. As it turns out, this stemmed from a visit to the Becoming A Man program in Chicago, which works to quell violence and keep students in school. Later this week, the White House will welcome Becoming A Man, along with a group of young men and boys, to 1600 Pennsylvania Avenue as part of Obama’s new initiative.

We like to talk about how cities are ground zero for policy reform. Mayors and city leaders have more latitude than the president and less red tape to cut through, which allows them to float more ambitious programs and policy solutions. Of course, sometimes what’s good for New York or Detroit isn’t good for the whole country. Increasingly, though, hyper-local programs have caught the eye of the White House, which hopes to scale some of these initiatives nationally.

Below, we take stock of three local programs that have spurred change in Washington.

Obama met with students in the program at the White House last June. Much like Open Society’s Campaign for Black Male Achievement, with whom we spoke last month, Becoming A Man works to better the lives of young men and boys of color. Obama uttered one largely under-the-radar sentence about the program during his State of the Union speech, saying, “I’m reaching out to some of America’s leading foundations and corporations on a new initiative to help more young men of color facing especially tough odds stay on track and reach their full potential.”

Now, what was once a program for young black men in Chicago could spread nationally.

First Lady Michelle Obama has been a huge advocate on ensuring better access to healthy food in low-income communities. In February 2010, she teamed up with the Food Trust and the Reinvestment Fund to replicate Pennsylvania’s Fresh Food Financing Initiative for all Americans. The $400 million program was a combination of $250 million in New Market Tax Credits and various other revenue streams from the Department of Health and Human Resources and Department of Agriculture.

But Pennsylvania had been working to bring healthier foods into neighborhoods in need since 2004. It has spawned other local programs, like the New Orleans Fresh Food Retailer Initiative, which helped fund the new ReFresh project and the reopening of an old grocery store in the city’s Seventh Ward.

Just this week, Texas state Sen. Wendy Davis said she would consider decriminalizing pot. She wouldn’t be the first. From Madison, Wisc. to Ann Arbor, Mich., city lawmakers have taken steps to decriminalized weed. More recently, Colorado and Washington have gotten the most attention for statewide laws. These progressive policies have put the heat on Attorney General Eric Holder, who has called for drug sentencing reform. It’s only a matter of time before we see serious changes to marijuana laws in the nation’s capital.

Have any of your city’s policies fueled national change? Drop them in the comments.