This Acquisition Won’t Hang Workers Out to Dry – Next City

This Acquisition Won’t Hang Workers Out to Dry 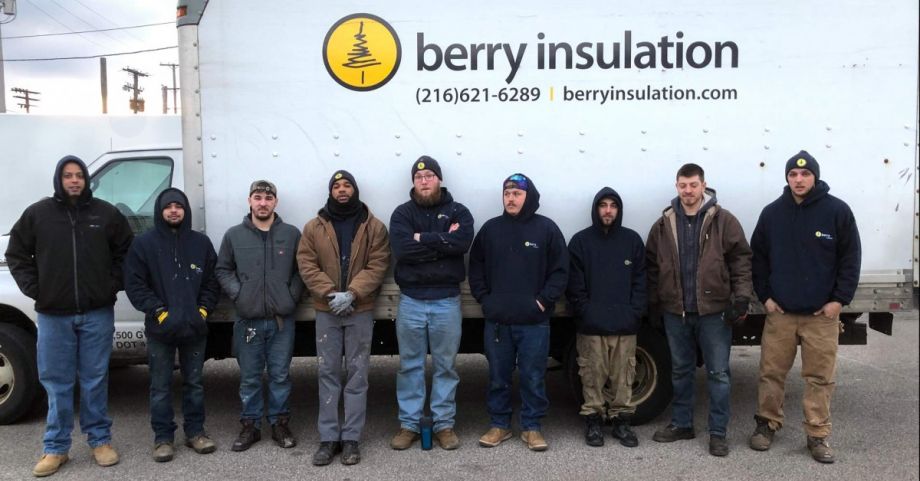 Some of the new owners of Berry Insulation. The decade-old energy auditing and weatherization company just became The Fund for Employee Ownership's first conversion to worker ownership, ensuring that if or when founder Marty Berry retires, the company will carry on. (Photo courtesy Berry Insulation)

Brett Jones plans to arrange at least sixteen acquisitions over the next five years. He just closed on the first one.

Since they became widespread among private equity firms in the 1980s, acquisition strategies, including leveraged buyouts, have become a key part of the playbook leading to the demise of many iconic U.S. companies — including Toys ‘R Us, Sears, and PayLess. Those deals led to the losses of tens of thousands of jobs, and the ripple effects from the loss of a large retailer left some cities’ main streets struggling.

As is common with strategic acquisitions, Jones created a new legal entity, then he arranged for that entity to take out a loan, which it used to acquire a controlling stake in the target company. In this case, the target was Berry Insulation, a decade-old energy auditing and weatherization company serving the Cleveland metropolitan area, with 15 employees. In other strategic acquisitions, the cash infusion from the loans allowed the private equity firms to charge huge “management fees” to target companies, or pay out huge bonuses to executives whom they hand-picked, saddling the target companies with debts that ultimately bled them dry.

But in this case, the legal entity that Jones created is actually a cooperative owned by the target company’s existing workers. The cooperative’s loan came from The Fund for Employee Ownership. The fund is a subsidiary of Evergreen Business Services, where Jones leads a two-and-a-half-person team devoted to expanding worker-owned cooperatives. In addition to starting new cooperatives, Jones’ team is using acquisitions to convert existing businesses into worker-owned cooperatives. As an entire generation of baby boomer business owners reach retirement age, Evergreen hopes this strategy can become commonplace as a way to keep those businesses and jobs around.

For Jones, a Cleveland native who grew up to work in global logistics and later founded and sold several businesses, it feels like redemption. “I get to be who I’ve always been but do it in a different frame and context,” he says. “I still get to be entrepreneurial, I still get to cut deals, I still get to stack capital, create partnerships and alliances, I still get to do all of that jazz. But I could actually go to heaven if I keep this up.”

For Berry Insulation founder and CEO Marty Berry, it feels like he’s secured a legacy not only for himself, but for the whole team of employees that have really built the company together.

“Even if someone came along and wanted to buy my company, I’m not saying I wouldn’t have entertained it but one of my concerns would be what’s going to happen to our team,” Berry says. “They took a chance on me, some of them have stuck with us through thick and thin and I wouldn’t want to do something that didn’t at least address the future of our team.”

According to Project Equity’s research, baby boomers still own half of all privately owned businesses with employees — 2.34 million businesses earning an estimated $5.14 trillion in annual revenue and and paying $949 billion a year in salaries, wages and benefits to 24.7 million workers. Both Accelerate Employee Ownership and Evergreen Business Services are supporting worker cooperatives to acquire those businesses from their baby boomer owners at retirement age or sooner. Each also received initial funding for worker cooperative conversions from the Quality Jobs Fund, a partnership of the New World Foundation and the Federal Home Loan Bank of San Francisco.

There aren’t a lot of other good options Berry sees out there for small or medium sized business owners thinking about retirement or otherwise moving on from a successful business. “For a smaller business, the pathways for an orderly transition to the next generation, are very limited,” Berry says.

Berry says venture capital firms agree he’s got a great business in a growing market — energy efficiency and weatherization — but his business is still too small, or growing too slowly to attract their interest. His children, meanwhile, haven’t expressed interest in taking over dad’s business. “It’s not a negative on them at all,” he says.

There’s the possibility of a private buyer, someone in the corporate world who also has that entrepreneurial bug. But a private buyer would probably need a loan from a commercial bank to finance their buyout, and banks just aren’t interested in financing for businesses of this size, in Berry’s experience. Often times a small business acquisition is also seller-financed, meaning the buyer effectively goes in debt to the previous owner for at least portion of the sale price. “But he or she may not know anything about this business, so it could be very risky for me and for the whole team,” Berry says.

Berry knew about employee-stock ownership programs but he didn’t know about worker cooperatives before he heard about Evergreen Business Services. Unlike most ESOPs, in a worker-owned cooperative, workers participate as board members and co-managers, which appealed to Berry because he believes no one knows his business better than the employees who already work there. It was someone from Cleveland’s economic development department, Berry says, who first mentioned Evergreen in a meeting, and passed along Jones’ contact information. Berry sent him an email and got a call back relatively quickly.

Jones first started working with Evergreen to develop and project manage a 1-megawatt solar farm. He didn’t know what worker cooperatives were when he first started working on the project. “I was a scoundrel when I came here,” Jones says. “But you talk to different people, you see the impact you have, and you get bit by the bug, you realize there is a way to do well while doing good, and it’s all over after that.”

Jones now uses his own personal conversion story to help connect with potential business owners in his pipeline for worker cooperative conversions. Jones’ business background was part of what impressed Berry at first — and it has been essential to getting through the 4-5 months of due diligence.

“[Evergreen is] very thorough, as they should be,” Berry says. “They’ve been very professional and knowledgeable. One thing I knew going into it was they were serious, and if they liked what they saw and everything checked out, they could get the transaction done.”

In addition to poring over Berry Insulation’s books, Jones also had to do his own market analysis — all to make sure the company was financially sustainable and would have at least a consistent, if not a growing market going forward. “It would be really egregious for us to hand employees a time-bomb while we extract all our value somehow,” Jones says.

Berry, who’s 61, also says there’s a bonus to doing the transaction now versus later when he might have wanted to take all of the sale proceeds and just ride off into the sunset — the company can take the cash infusion from the loan and invest in growth at a crucial moment. The advisory support from Evergreen Business Services also helps with growth. “It allows us to grow the business faster than I could on my own because of Evergreen’s resources,” Berry says. He still owns a 20 percent stake in the company, but there is a plan in place for him to sell that remaining stake in four years, with the workers getting the right of first refusal.

There are still a few things to work out after closing the deal last month. The newly-vested employee-owners will need to work out how they’ll start accruing equity in the new company. They’ll also need to hash out their profit-sharing process — at the end of every year, how will they decide whether just to split up profits among each other, or make necessary investments in the business, or just leave some “in their ledger,” leaving the money in the bank while increasing the dollar value of each employee’s share of the company. When an employee leaves, the company also has to have a plan in place to buy back the employee’s shares.

Meanwhile, Jones is looking forward to getting more employee-ownership conversions in his pipeline. He hopes to grow The Fund for Employee Ownership from its current $13 million in assets to $50 million by 2025, which he estimates would eventually cover about 40 worker-owned cooperative conversions across the country and 1,000-4,000 new employee-owners. Doing that will require finding more investors. The first few conversions will determine whether that can happen — if the companies perform well by staying on-time with repayments on the loans from the fund, it will help Jones build a case to other investors that the portfolio he’s building is a safe and reliable investment.

“Our job at Evergreen is to create the best transaction for employee ownership we can, so the lowest cost capital at the most favorable terms,” Jones says. “Right now, we can’t get any more favorable capital than from The Fund for Employee Ownership. But if there is more affordable capital available or our fund runs out of cash, we should be stacking capital differently as we can.”

EDITOR’S NOTE: An earlier version of this article contained several errors. We’ve corrected the size of The Fund for Employee Ownership and the number of worker-owned cooperative conversions Jones hopes to facilitate over the next five years and in total. We’ve also removed the adjective “strategic” from describing TFEO’s acquisitions to avoid ambiguity.