This Detroiter Wants to Change How the City Votes – Next City

This Detroiter Wants to Change How the City Votes 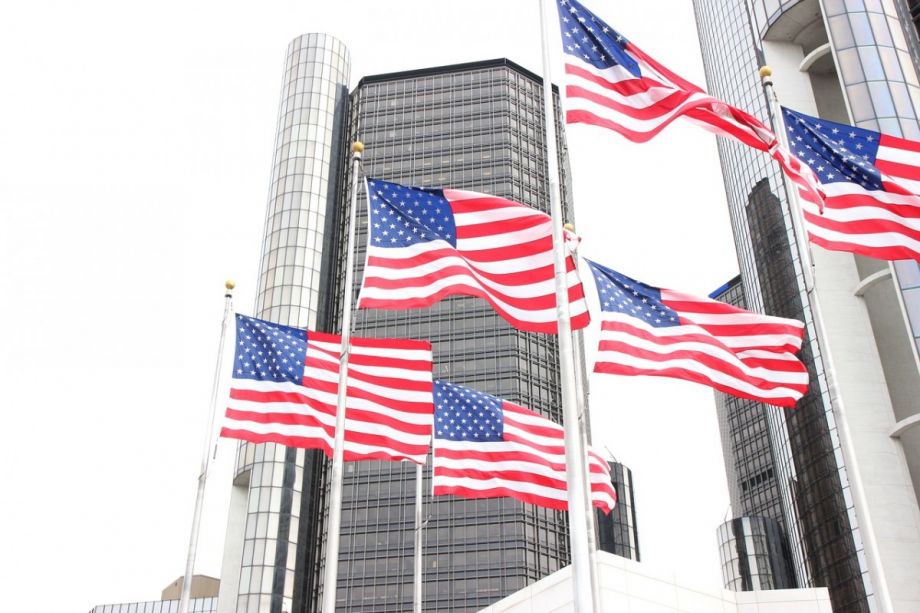 Garlin Gilchrist did a little informal poll worker training when he showed up to vote in Detroit’s primary in August — and he hopes that type of education will soon be part of his day job. The 34-year-old native Detroiter is challenging longtime incumbent Janice Winfrey for city clerk next week, a position that oversees elections and keeps the City Council’s archives.

When Gilchrist and his wife arrived to cast ballots in the summer, his wife realized she had forgotten her ID. Michigan law doesn’t require a picture ID to vote, but the candidate says poll workers were confused and harried and weren’t sure how to proceed. He finally explained to them that his wife simply had to sign an affidavit. Gilchrist doesn’t blame the poll workers — but rather inadequate training.

“Well, the poll workers didn’t know what to tell her because any training that they had hadn’t sunk in,” he says. “I think that’s because they hadn’t gotten trained well enough. This is a current problem. This is not just a problem from November 2016.”

He’s referring to last fall’s wider election night problems in Detroit, when, according to The Detroit News, “discrepancies meant officials couldn’t recount votes in 392 precincts, or nearly 60 percent.” Some voting machines tallied more ballots than there were voters in a precinct. Since that night, the state has been rolling out brand-new machines. However an audit found that the blame was mostly due to human error.

“It was so disheartening to think that so many votes would be set aside because of technology basically and lack of training,” Francis Grunow, a native Detroiter and member of the Corridors Alliance, a local coalition that works to foster equitable development, says. “I do feel like we’ve been caught in an unfortunate situation, just being a voter in Detroit. And experiencing it, it has felt like we’re back in time.”

Ahead of the 2016 election there was one module of training available for election workers. Winfrey expanded that to four times a year, but that didn’t seem to do the trick for Gilchrist’s wife in August. (Winfrey did not return multiple requests for comment.) A former basketball player, Gilchrist likens the issues at polling places to his days on the court: It’s a simple matter of proper practice and preparation.

Grunow echoed Gilchrist’s experience at the polls. It’s not the people. “It’s the lack of training,” he explains. “They just don’t know and there’s a general sense sometimes that they just showed up and were given a book and voting machine and some stickers and told, OK, here’s today’s precinct and good luck.”

Gilchrist believes his experience in the private sector and working on Barack Obama’s presidential campaign, along with his knowledge of how Detroiters engage civically, will not only lead to an improved voting experience in the city — but also better turnout for elections.

After working on the Obama campaign, he went to MoveOn.org, where he led campaigns against voter suppression in Florida, Texas, North Carolina and South Carolina.

“In Florida, voter suppression had become a sport basically,” he says. “I was excited to be able to beat that back.”

Gilchrist was a software engineer at Microsoft for four years, and since 2014, he has worked for the city of Detroit. First, he was the deputy technology director for civic community engagement and since 2015, Detroit’s first-ever director of innovation and emerging technology. He led the effort to launch the city’s data portal, a massive trove of publicly available data on everything from foreclosures and elevated lead levels to major reported crimes and federally qualified healthcare centers.

Jerry Paffendorf, co-founder and CEO of Loveland Technologies, a Detroit firm that’s created tools to survey blight and foreclosures, says an underappreciated task of the clerk is the handling of records and archives. He applauds Gilchrist’s work with the data portal and his drive to make data and information more public.

“Part of being clerk is he knows that information technology office and the open data portal office very well, how it works and what you’re allowed to put in there,” Paffendorf says. “By having this role, he can extend that in a new direction that’s a bigger front door [for constituents]. It’s like you have to go through the back door now. Garlin seems big on making a front door for city information in the clerk’s office.”

In addition to overseeing elections, the city clerk is responsible for keeping a record of all City Council meetings. Currently you can only access up to 2014 on the city clerk’s site. The City Council is operating on software and infrastructure that’s over a decade old, something Gilchrist says he is “excited to upgrade,” though he doesn’t offer specifics.

Should he win, Gilchrist says his first priority is the voting process. That’s no easy task, but he says he sees voting as a human right and a civic duty and knows it’s difficult for people to get to the polls. A big part of change is education and information.

“Right now there are people in Detroit who live across from a poll location but go someplace 2 miles away,” he says. “I want to end that practice by making sure that people are voting at the polling place closest to them because research shows that if people vote at a polling location within a mile of where they live they are more likely to cast a ballot. I want to make sure that we are using resources to increase voter turnout.”

He says he wants the city to harness technology to make that happen, and it’s as simple as a text message.

“Research shows that if people get a text message reminder about when Election Day is, it also makes them more likely to cast a ballot,” he says. “Using these types of research-proven methods to increase voter turnout could have been helpful in getting us some of those additional votes in the city of Detroit that could have helped the state of Michigan not go for Trump and help make sure that as many Detroiters as possible were participating in the political process in terms of voting.”