Think About Your Urban Trees Before Planting Them, Research Says – Next City

Think About Your Urban Trees Before Planting Them, Research Says 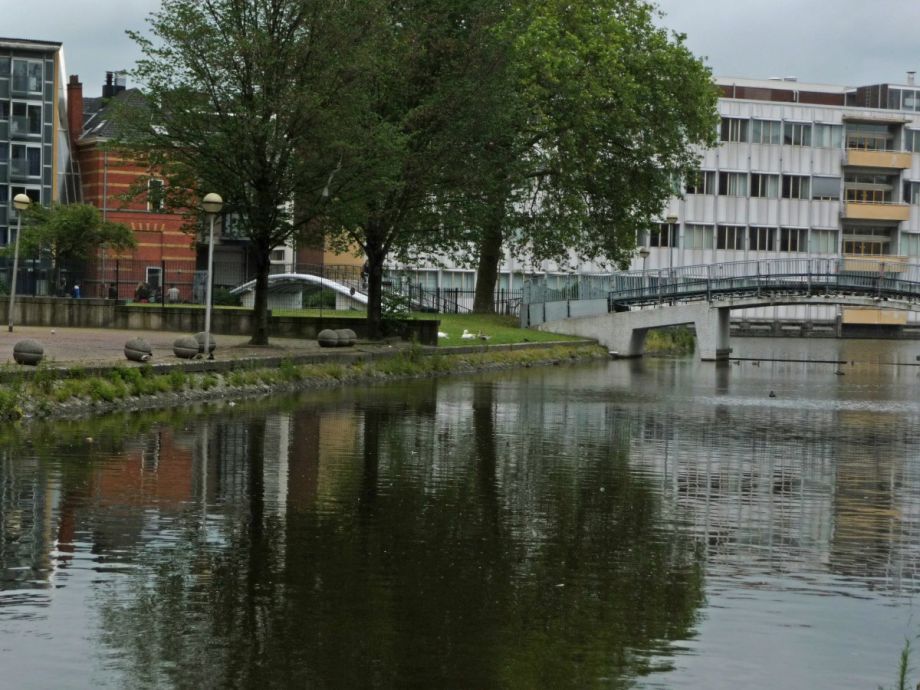 Urban trees are overachievers. Their skills range from purifying air to preventing crime to boosting your mood. But to what extent can these stars of the street have an impact beyond their neighborhoods, helping to mitigate global climate change? And how can we maximize their potential to do so in the most cost-effective manner?

These are urgent questions, at a time when more than a thousand mayors have committed to reducing their cities’ greenhouse gas emissions, yet must operate within limited budgets. Though we may be tempted to simply seed-bomb any and all available urban land, emerging research suggests that the answers are more complicated.

There are two ways that urban trees can curb atmospheric carbon. One is by directly removing it — trees breathe in carbon dioxide, retain the carbon and release the oxygen back into the air. The other is by influencing energy use in nearby buildings. By offering shade in hot weather and intercepting winds in cold weather, trees can diminish the need for air conditioning and heating. But the magnitude of these effects depends on variables such as species, location and even the kinds of buildings in question.

One recent study, in the journal Environmental Pollution, examined the direct effects on a macro scale, estimating the amount of carbon stored in urban forests throughout the country. David Nowak and his coauthors collected field data from 28 cities and used photo interpretation to calculate the total carbon storage for urban forests in each state. Their number crunching indicated that trees in these areas (circa 2005) stored 643 million metric tons of carbon — approximately 3.2 percent of the total in the country’s forestlands. To put this number in perspective, according to the EPA, U.S. greenhouse gas emissions amounted to about 6.7 billion metric tons in 2011.

In an earlier study, Novak found that, nationally, about 75 percent of urban land is pervious (i.e., tree-friendly), with tree cover occupying roughly 35 percent of that space. Some arid climates naturally limit the growth of urban forests, but many cities could in theory expand their arboreal populations.

“There’s potential to enhance the canopy,” Nowak said in an interview. “The reason we don’t fill it up right now is that we do what we do. We have a culture of mowing and other things that prohibit trees from coming in.”

The recent study did not factor in the effect trees have on energy use, that other key way they can lower levels of atmospheric carbon. Nowak is currently working on one that does. Already, other research suggests the impact can be at least non-negligible. One 2003 USDA Forest Service study, focusing on California, concluded that existing trees reduced annual air-conditioner use by 2.5 percent, saving about $485 million.

If cities do embark on tree-planting programs — as several recently have — it’s essential to plant strategically. Yet another new article, in the current issue of Ecological Economics, uses New York City as a case study, identifying a host of tactics that could abate more carbon per dollar.

This study looked exclusively at trees on streets (as opposed to residential property or in parks). The authors identified possible planting sites in each of the five boroughs, and calculated the carbon benefits and costs for four species of common street trees: The London plane, Callery pear, Kwanzan cherry and eastern white pine. Using the U.S. Forest Service’s Tree Carbon Calculator, they projected both the carbon stored and emissions averted, while also taking into account factors such as carbon loss from tree death and decay as well as emissions associated with maintenance.

The authors found that the London plane tree — a large deciduous — was the most cost-effective species for abating carbon. For a 100-year planning horizon, it was projected to cost an average of $3,133 per ton of carbon saved, depending on location. The Callery pear, at an average of $8,888 per ton of carbon, was the priciest. The difference owes largely to discrepancies in longevity and size: Bigger, older trees sequester more carbon for longer while also exerting stronger influence on energy use. Consistent with previous research, the study found that trees to the east or west of buildings provide the best shade, and trees to the north most effectively buffer buildings from winter winds. Building characteristics also matter: Shorter buildings derive more value from shade, while older ones are less energy-efficient and therefore more sensitive to the trees’ effects.

For all their appeal, trees are not the perfect vehicles for carbon storage. As they decay, they begin to release gases back into the atmosphere. When they die, wood chippers often turn them into mulch, which dramatically accelerates this release — another reason for the importance of life span. Planting and maintaining them on streets also requires trucks and machines that spew greenhouse gases.

“They really are delaying, not necessarily completely removing, emissions to the atmosphere,” said Kent Kovacs, the study’s lead author. “Which is good. Because as long as these are delayed, that gives us more time to adapt.”

Perhaps counterintuitively, researchers suggest that — at least carbon-wise — taking dead trees to landfills may be preferable to chipping them for mulch, because the gases stay intact. Another possibility, surely more attractive to the average environmentalist, is salvaging the wood for lumber, an increasingly popular if still niche option.

Many gaps in our knowledge remain. Kovacs said he would like to see research investigating how alternatives such as green roofs and park trees compare with street trees for cost-effectiveness. For now, it seems safe to say that if carbon abatement is your goal, planting a Callery pear on the south side of a building is probably not the way to go.